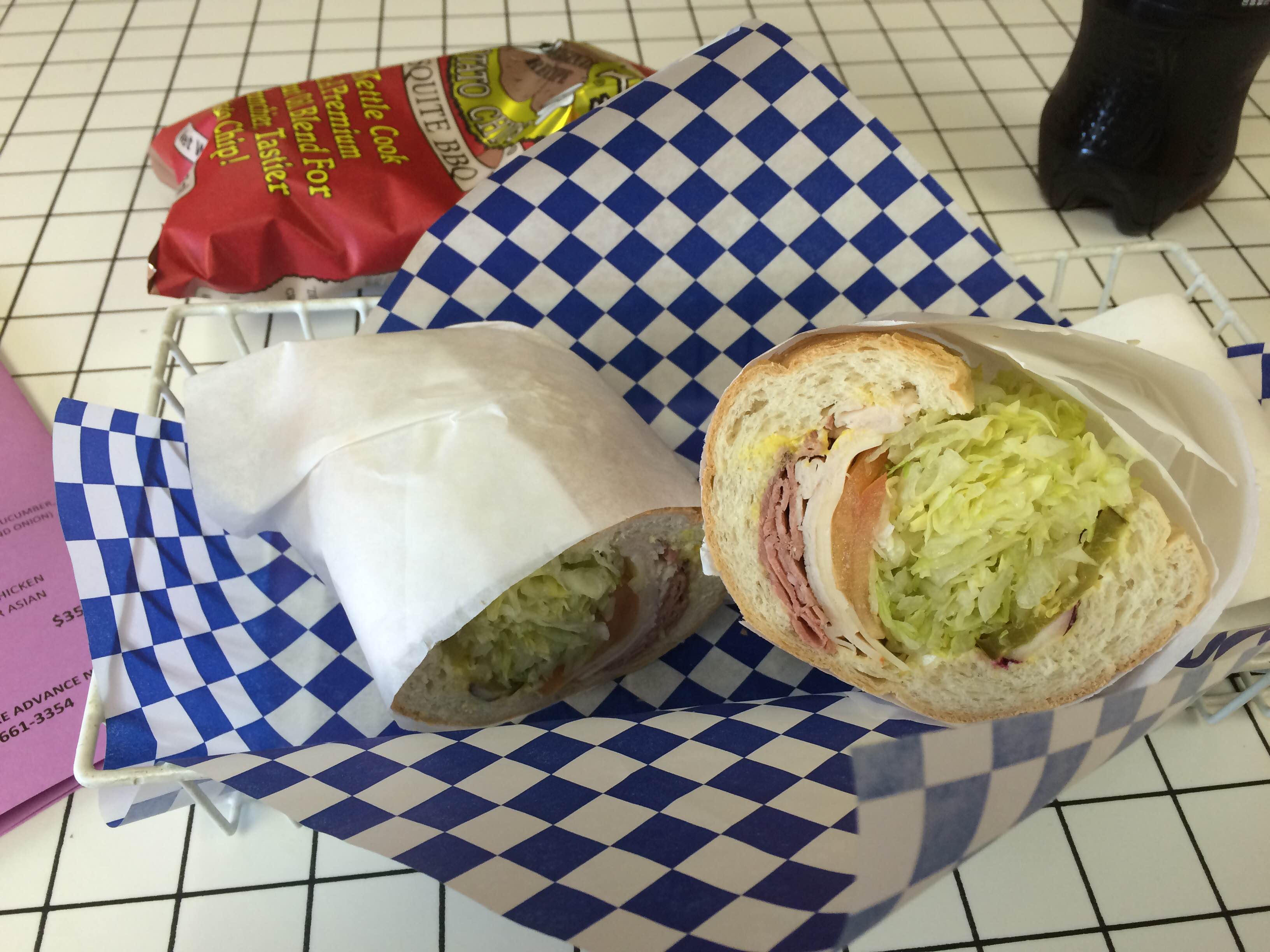 The other day I went to a Toyota Dealership to patch up my tires; it turns out things like that take an hour, 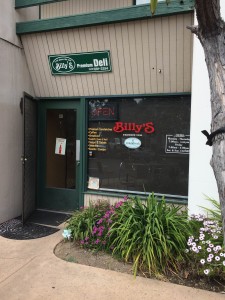 so I watched some dude named Hannity on T.V. talk about President Obama being the antichrist and some new beer that he is really passionate about called “Keystone XL Pipeline.” Suffice it to say, I lost all patience after 45 seconds and ended up next to a vending machine, making a crucial decision on whether or not I wanted 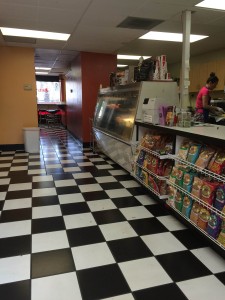 GuacaChips or a Twix bar. After 23 minutes of deep contemplation & several sales associates asking me if I was okay (after trying to sell me a certified pre-owned Prius) I decided that I was hungry. After eating GuacaChips and crushed up Twix bars in the GuacaChips bag, I excused myself once again from that Hannity dude (who was now talking about some chocolate milk brand called NetanYoohoo) for another 25 minutes of deep Google contemplation. My local searches ended with a sandwich shop down the street in San Juan Capistrano called Billy’s Premium Deli, a very unassuming spot in the middle of a business center. First thing that caught my eye when I entered was the marvelous black and white tile, It took me back to my middle school days when kids would take white out pens and make checkers on their backpack straps, or the 12 minutes in 1998 when ska was kind of more popular than usual:

The menu is pretty run of the mill, other than a Korean inspired Bulgogi sandwich, which is a sweet barbecue beef sandwich. I was considering that for lunch, but to be quite honest with you I thought after my GuacTwix chips abomination  I needed something more 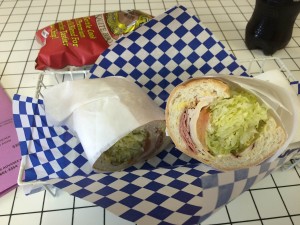 simple, so I went for a standard 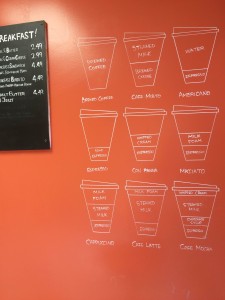 turkey & roast beef sandwich.  It had all the familiar standards of most local sandwich shops, the same type of french roll with the little seeds at the bottom along with the shredded lettuce & generic deli meat. It served it purpose, although I wouldn’t drive down there just to get a sandwich. The people behind the counter were very nice, and there is a nice patio for you to enjoy the quite solitude of San Juan Capistrano. There is a nice attempt at decor, with some great little things painted on the wall, like trees, birds, and their caffeinated beverages. If I didn’t work at Starbucks for 10 months my senior year in high school, this wall design would’ve been very helpful. If you’re around the area, checking out The Mission, or taking the train somewhere, I suggest you stop in if you want a good, safe bet on a lunch. It provides what you need when you’re craving a simple sandwich, and it’s nice and quiet for those people not feeling particularly sociable.

P.S. Next weekend is WonderCon! Best believe I’ll be finding all sorts of sandwiches & trouble whilst there.  I’ll also be cosplaying for the first time, so wish me luck, hopefully I don’t look like an asshat.