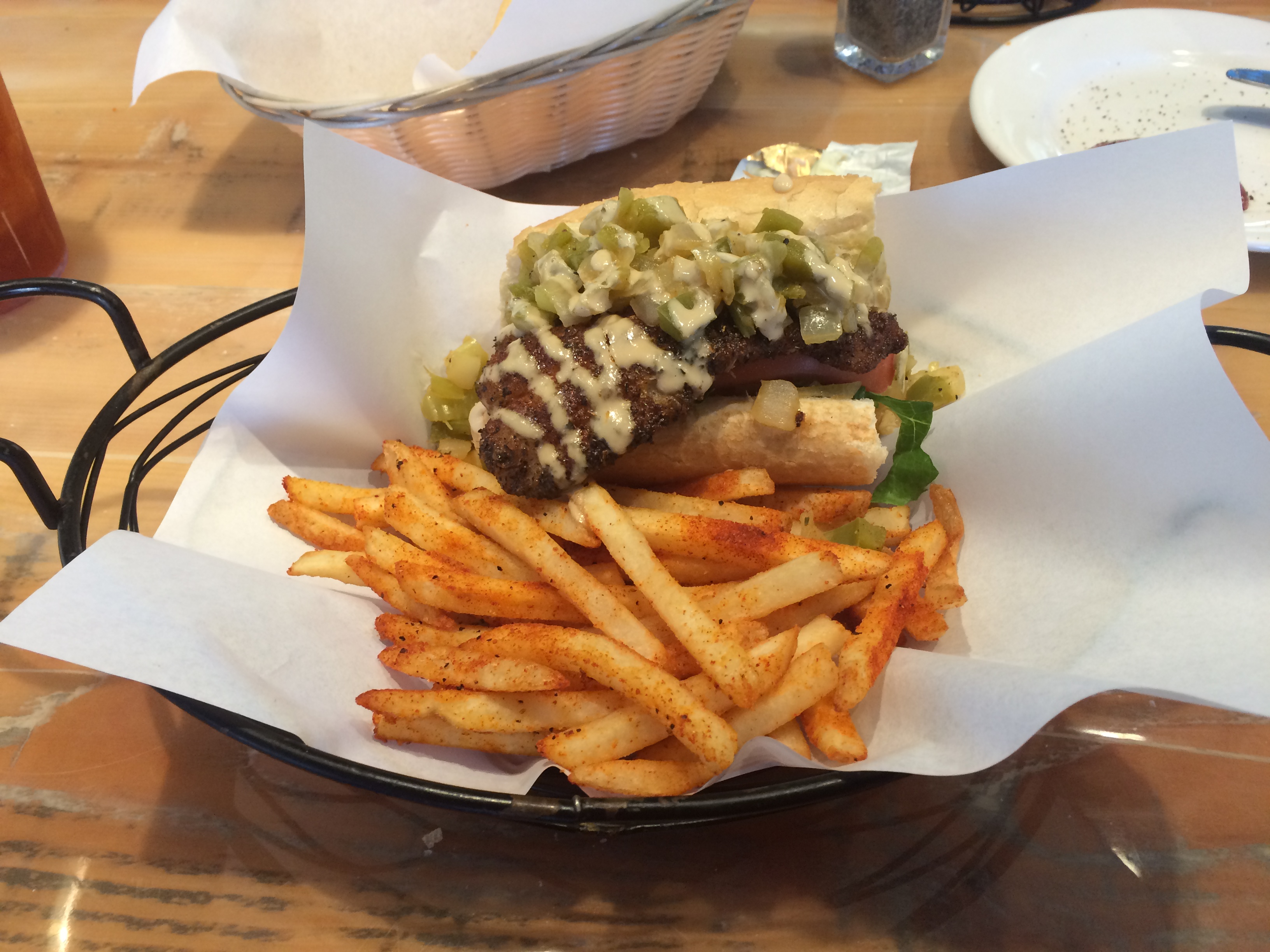 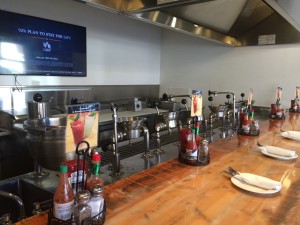 I’ve never really traveled within the United States, it’s not that I have anything against doing it, but I’ve always felt that international travel would be easier when I was younger and I could save travel within the U.S. for when I got older. It never even really occurred to me for the past 28 years or so but I am slowly finding myself more interested in food from all over the U.S. and for the first time, I am happy to say that I am considering travel within the country (baby steps guys!). I proposed a question to all my Facebook friends asking what state in the U.S. they thought had the best food, and I got an overwhelming endorsement for Louisiana. So Louisiana will most likely be my first U.S. destination, not only am I excited to try traditional cajun/creole cuisine but my dad also lived there when he first moved 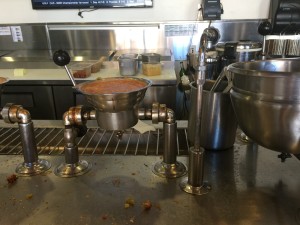 to the states from Vietnam. Until then, I’ll have to settle for creole themed restaurants in California, which brought me to Ritter’s in Huntington Beach. My brother introduced this restaurant chain to me a couple of years ago and I haven’t been back since, they’re known for their steam kettle cooked pan roast, which I would go more into detail with if this blog was called “Vy The Steam Kettle Pan Roast Renegade” or something. I went for a blackened catfish po’boy sandwich, with lettuce, tomato, creole mustard, mayo, and Cajun trinity. I have never heard of the Cajun Trinity before, so I had to do some research (after I looked up what trinity meant) and it turns out that it refers to a chopped blend of celery, onions, and bell peppers with variations that include things like garlic and shallot (although you can’t really call it a trinity with more than 3 ingredients; it’s like calling God, Jesus, The Holy Spirit, and Myron from Starbucks a holy trinity). This trinity makes up the basis for a lot of creole dishes such as gumbo and jambalaya and is also used as a base stock for sauces.

When the sandwich was brought out 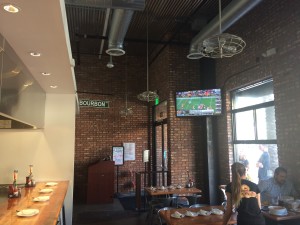 I could smell the blackening spice, it was POWERFUL and the first thing I thought about was how I wanted to give it some lemon. The filling was coming out of the sandwich, so I knew that this would be a hard sandwich to eat cleanly, especially because fish is so delicate that it would fall apart if mishandled. The flavors here were great, it was spiced excessively with thyme and peppers but the mustard and trinity did a lot to smooth it out. The bread was a french roll, it wasn’t my favorite, it held strong against the moisture of the filling (maybe too much, a bunch of stuff fell out the back because it was difficult to bite off the bread). I really like the trinity in the sandwich, it added some interested textures along with the fish while I got to kill time on google looking up what it was while I was eating. The spices were so strong in the sandwich but it just worked, a bunch of it even got on my fries (which enhanced their flavor in my opinion) I will say that when you get a sandwich like this you want to make sure that your water cup is full, a palate cleanse every couple of bites would do you well. Overall, I really liked it, if you’re looking for big flavors and heavy spices you can’t go wrong with Ritter’s. They also have a fried oyster sandwich that I am very interested in trying when I come back.