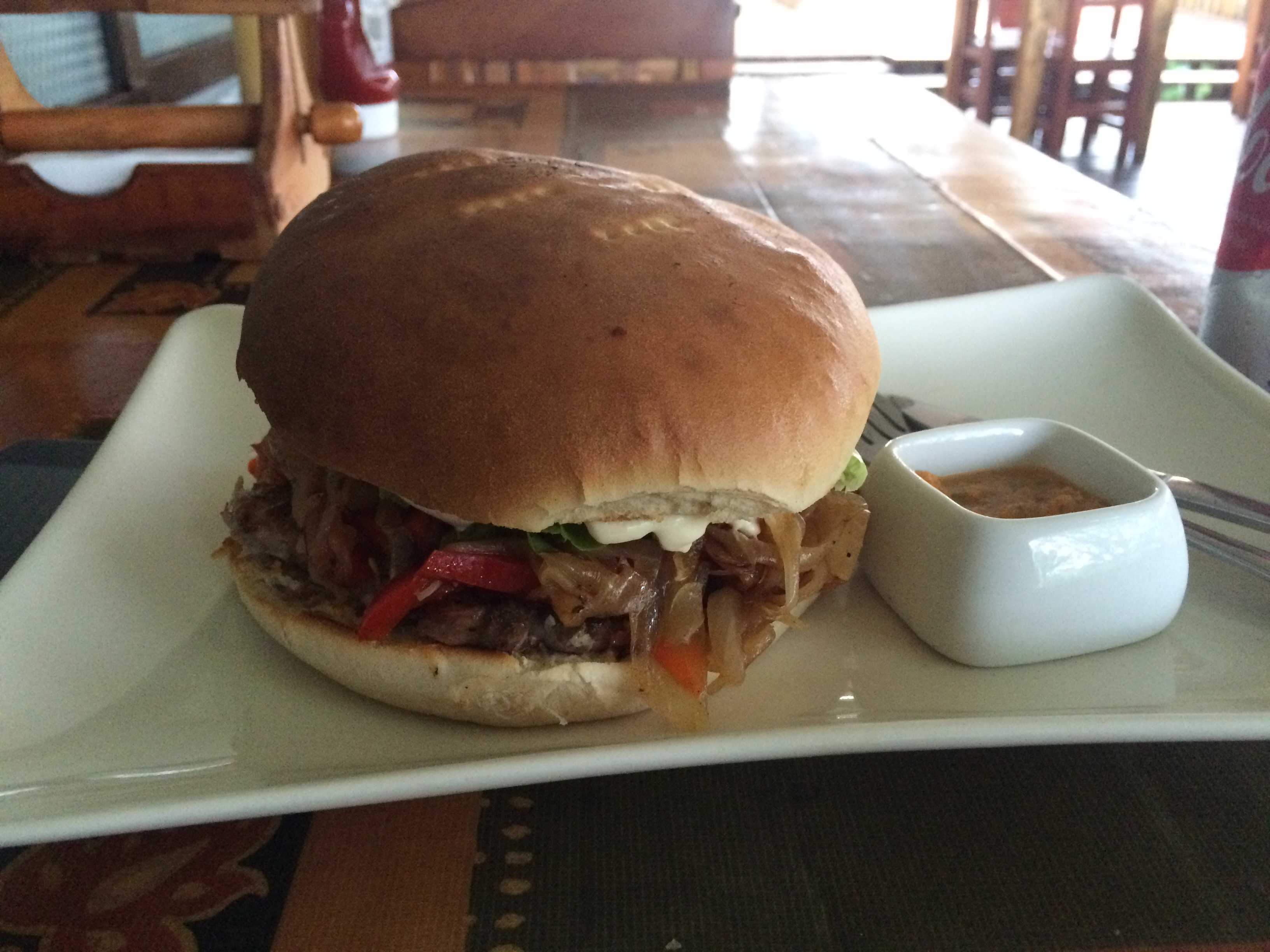 I am very excited, because I never thought that I would ever be able to write about a sandwich 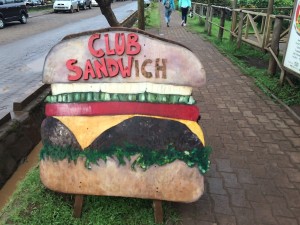 (let alone a place called “Club Sandwich”)that I had in Rapa Nui (curse my ignorance). For anyone who hasn’t read my post about my travels through Easter Island I urge you to, it was one of the greatest and inspirational experiences I have ever had in my life. A block down the street from my 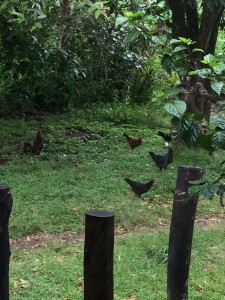 guesthouse I was immediately captivated by a rather large sign along the side of the road with a giant hamburger and big red letters saying “Club Sandwich”. Now how can I say no to that? it was like a moth to one of those bug zappers or a fly to one of those carnivorous plants. I sat down outside and the first thing I noticed was that there was a bunch of chickens next to the restaurant, another good sign in my personal opinion. The one thing about traveling by yourself is that you get used to eating alone, and you tend to find things to do while you’re enjoying your meal. Mind you there are plenty of occasions where I just sit and enjoy the meal without needing the stimulation, but sometimes you just need something to help pass the time. Normally, Podcasts or old George Carlin stand-up sets are my go to, but this time around these chickens provided me with so much entertainment. I might as well have had Netflix and binge watched “Sherlock” because I was completely hooked in on these damn birds. It was all going good and fine, then 2 dogs came into play and chaos ensued, it was really quite remarkable and genius on the restaurants part because I didn’t notice the sandwich was taking longer than usual.

The way this restaurant works is that it has several different sandwich styles and you choose the protein you would like (Hamburger, beef, chicken, or a tuna steak). I went with the Mediterraneo, which is carmelized onion and red peppers with lettuce & 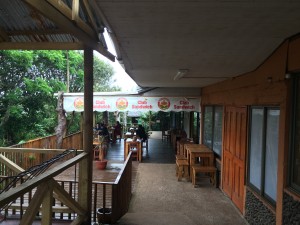 mayo and the protein that I chose was tuna. The Sandwich cost me $6500 chilean pesos (about $9 us) and was huge. The sandwich was pretty good, although it was swimming in mayo so I had to give it a quick swipe with a knife to cut back on the sauce. It came with a nice side of Pebre, which is like a Chilean salsa made with Aji peppers that added a little bit of spice and tang to the sandwich. The fish was cooked all the way through, which is usually a no-no when it comes to a tuna steak but it was actually quite nice. Normally, when you cook tuna you want to seer it, because it dries out really 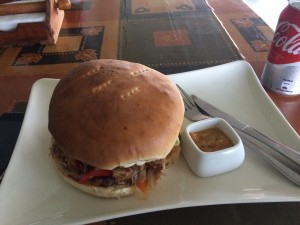 easily and can get kind of hard, it wasn’t the case in this situation. I think the globs of mayo probably helped with the moisture of the fish, because it was actually quite flavorful and I didn’t mind the texture. For the island of Rapa Nui, the price is pretty fair when you consider that everything on the island has to be shipped in from Chile. Really the selling point of Club Sandwich is the portion, which can easily be split with someone else and keep both of you satisfied for lunch. The Hamburger/chicken/beef options were atleast $1500clp (about $2) cheaper than the tuna, so you could feasibly feed two people for about $4 a person. So if you ever find yourself on Easter Island looking for a nice filling lunch (and you’ve somehow gotten sick of empanadas) for a decent price between 2 people, this is one of the better options.