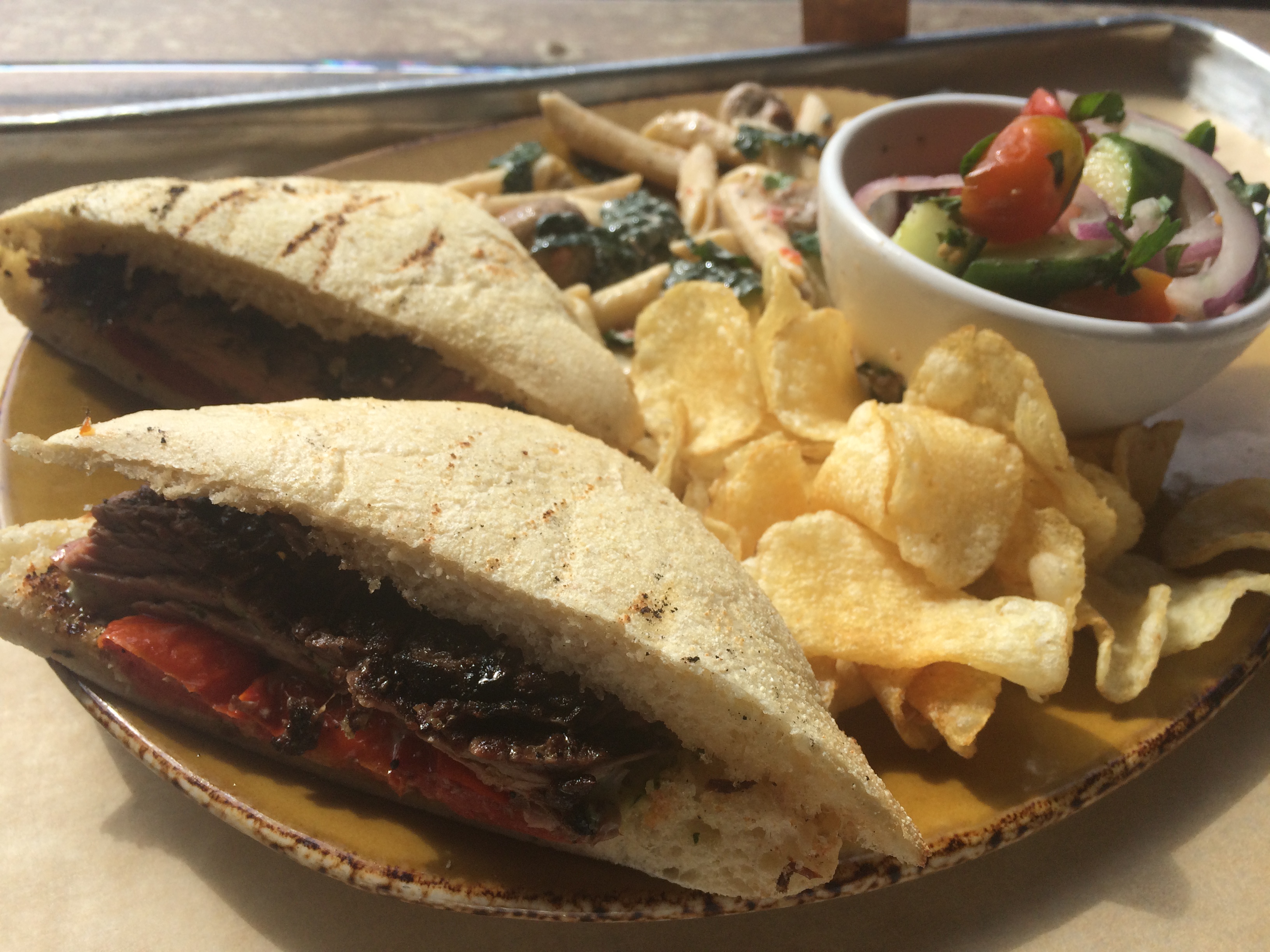 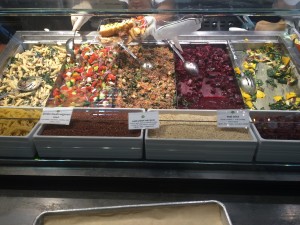 The culture of dining is an ever changing thing, not only is food constantly evolving when it comes to flavors and preparation, but the very nature of how it is served is also progressing. Trends in dining have come and gone, whether it be a flambéed tableside Steak Diane in the 1950’s or a sizzling fajita skillet in the 90’s we see a change in the way people look at food and how it should be eaten. For example, we are seeing a lot of chefs emphasizing what were considered “cheap” cuts of meat (like skirt steak) and turning those conceptions around. What was one of the cheapest and most common cuts of meat at your local market in now becoming a very beloved staple in modern cuisine. With this we are also seeing restaurant concepts change, there is a rise in great quality “foodie-centric” bistro style eateries opening up all the time, creating a culture where you don’t have to break the bank for a meal cooked with passion, respect for flavor, and seasonality. “Urban Plates” is one, 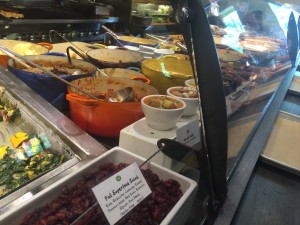 among many, restaurants that has adopted this quick counter service/cafeteria style of dining with emphasis on food quality. I went around 12:30 in the afternoon, so I caught the long lines of people on their lunch
breaks waiting to grab a tray and order food straight from the counter. The choices here are vast, but one of the advantages of being a sandwich enthusiast is that I usually know what type of dish I’m looking to eat. Behind the counter there were people slicing meat, scooping sides, and tossing salads frantically trying to get people through the line, the service here is pretty fast (despite what that rather sour jerk standing behind me kept complaining about) and I spent more time waiting to grab my tray than I did getting my food. 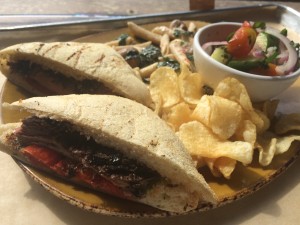 oil on a grilled ciabatta roll. I have to say that I am a sucker for the bistro cut steaks, filet mignon and New York strips are all good and fine, but I find myself really enjoying hangar and skirt steaks more right now so it didn’t take much convincing to go with this sandwich. For those of you who don’t know what chimichurri is, it is essentially a sauce made from chopped parsley, garlic, oil, and oregano that is popular in Argentine cuisine. While those ingredients alone would’ve been fine for the sandwich, they decided to make it into a creamy aioli, which made the sauce much more apparent in the flavor and texture of the sandwich, I didn’t really taste the sun dried tomato oil, as the chimichurri sauce overpowered it, but the blistered tomatoes added some bright acidic notes along with the garlic in the sauce. There was a little charred flavor on the meat which can be problematic for some who don’t like that smoke flavor, but I think it worked alright with the sandwich. It’s not something that I like a lot of, but in this situation is added and interesting dynamic into the flavor or 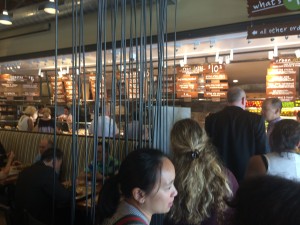 the sandwich (plus the aioli did a lot to filter it out). Ciabatta is not my favorite bread for sandwiches, but it works with something like steak, the crispy and dense crust is sturdy enough to hold the meat while providing a
compelling change in texture from crust to filling. The price was very reasonable at $10.50 for the sandwich, chips, and one of their many sides, you don’t really need much more than that but it begins to add up with additional sides and a drink (with an iced tea and an extra pasta salad the meal was just over $17). You can even skip the side and grab the sandwich and chips for $8.50, you can’t got wrong with a steak sandwich at that price. When it comes to lunch (especially for a big group) this would be an ideal place if you don’t have time to sit around and you want something for any palette, the variety of food and price alone are worth a least a visit. 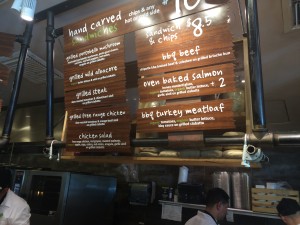