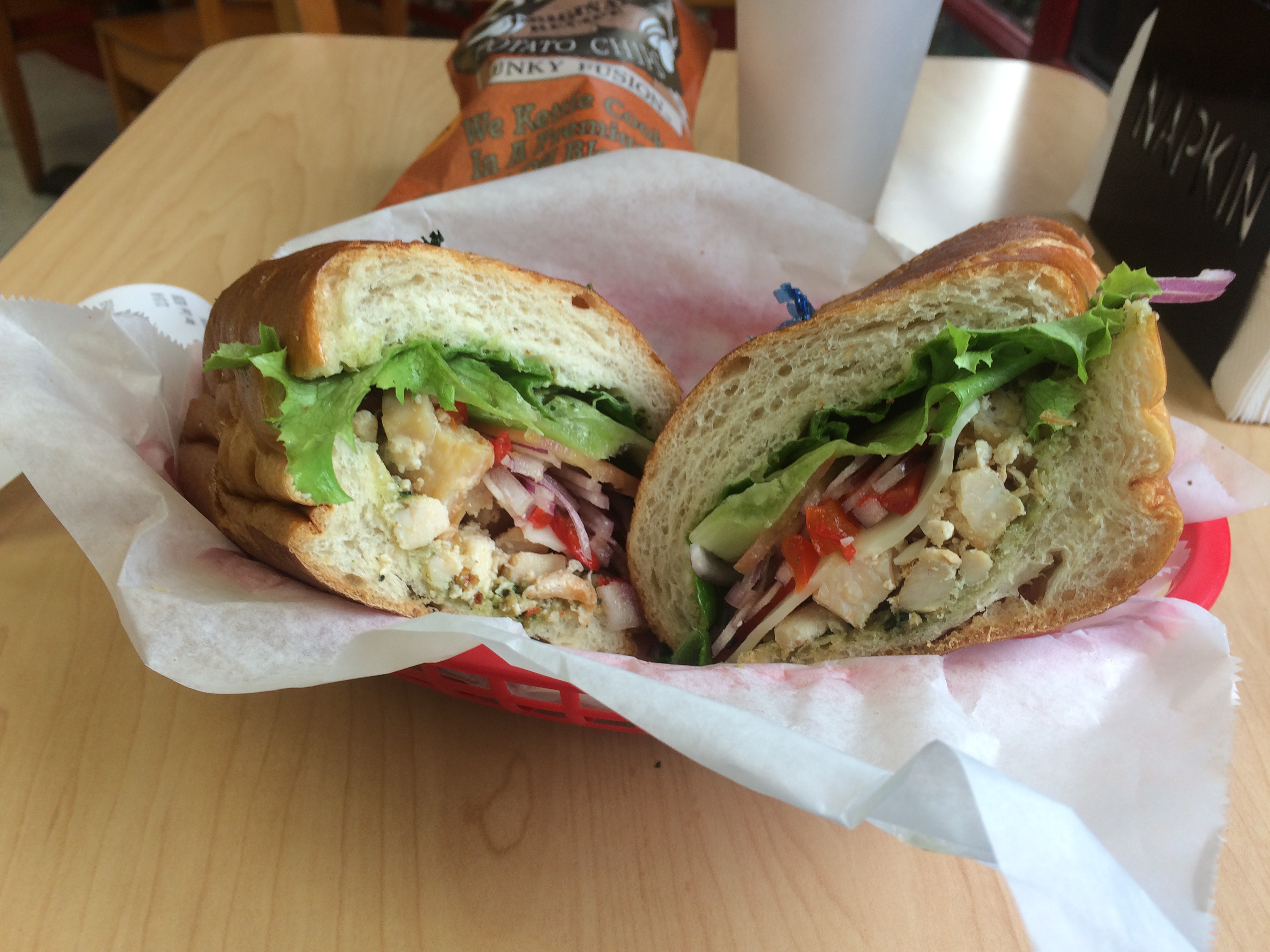 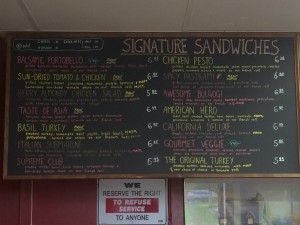 day I was driving around Garden Grove running errands when I was struck with hunger. A lot of times when this happens, I tend to just find a place to eat that is close by (I’m not very picky) and usually not as satisfying as I hope it to be. It’s not that I’m a food snob or anything (at least I don’t think I am) but sometimes you’re just not in the mood to eat certain things, but settle for what’s there. When it comes to food during a busy day, convenience tends to take precedence over satisfaction. Fortunately, I was in a particularly motivated state of mind. Rather than going through a drive thru or something I decided to drive a couple blocks down to the “Old Pumpernickel Deli & Sandwich Shoppe” and sit down for a nice lunch. When I first found this place online I was excited, because “Olde Pumpernickel Sandwich Shoppe” sounds like a place where you get served by someone wearing a Quaker outfit or one of those pilgrim hats with the buckle on it. Much to my disappointment, the gentleman who took my order was wearing a V-neck shirt and jeans. I read some online reviews of this place and it seems that the french roll here was the preferred bread for people, so I ordered the chicken pesto sandwich (the guy who took my order said it was one of  their most popular orders) on the french roll. I’m kicking myself right now, because I meant to ask if the french roll was made in house, I have a feeling that it is because they refer to it on the menu as “our french roll,” whereas they don’t do it for any other bread. 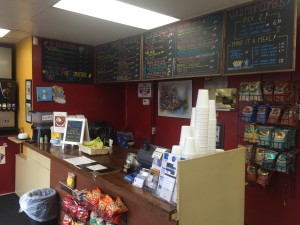 The chicken pesto sandwich boasts a grilled chicken breast, provolone cheese, roasted peppers, lettuce, tomato, onion, and a homemade pesto mayo on a rather thick french roll. The sandwich came out in 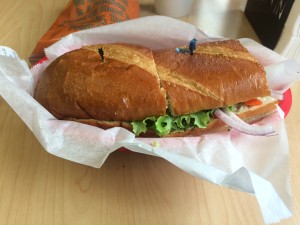 one of those red plastic deli baskets and it was so big that it filled the inside completely. I have to admit, when I first saw it I wasn’t sure what to think, a french roll with that much coverage could be a curtain for the worst types of deception (like a knife behind a velvet cloak or Senator Palpatine playing The Galactic Republic & The Trade Federation against one another). Luckily for you I live a life of danger emboldened by my sense of adventure, so I screamed Audentes Fortuna Adiuvat!  and took my first bite of the sandwich with little to no regard to the smoke screen created by the french roll. Fortune that day did indeed come to the aid of the bold, because the sandwich was excellent. It took a couple of minutes, but the chicken came out hot and tasted like it was cooked fresh on a flat iron. The french roll had a great texture, a crispy crust with a soft and hearty crumb(the inside of the bread) that was able to absorb the moisture of the chicken and pesto mayo without getting soggy. Sometimes I worry about pesto in a sandwich because the ingredients can sometime overpower everything else, but adding mayo to it mellowed the herbaceous flavors while accentuating all the produce (especially the red peppers). This place was a great find in my opinion and with so many interesting choices, you will no doubt read another post about “The Old Pumpernickel Deli & Sandwich Shoppe” again.