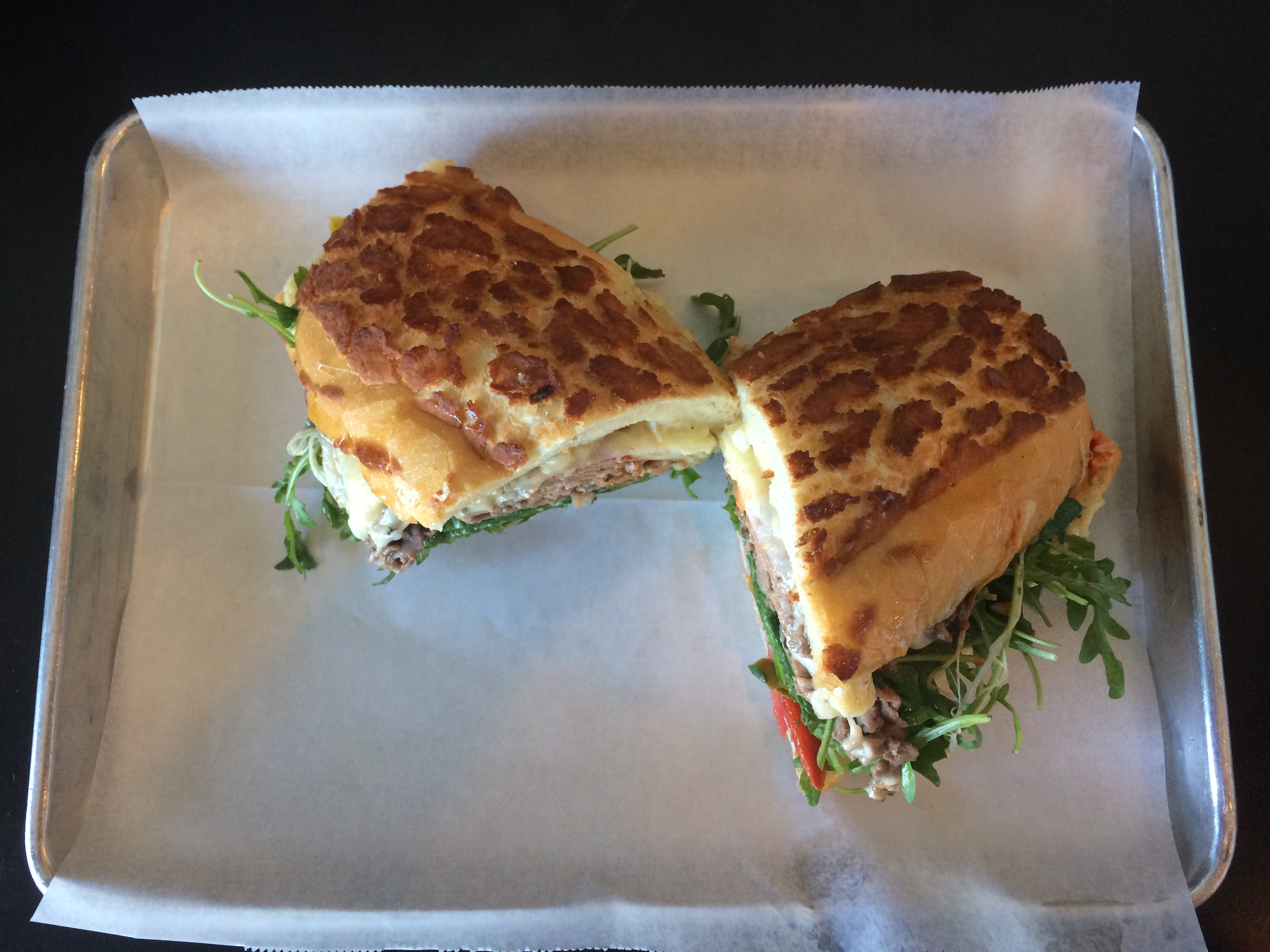 When I found out that there was a sandwich shop called “SubCulture” in Huntington Beach, CA I was admittedly a bit worried. Not because I thought the food would be bad but because when I hear the word “Subculture” I automatically think either old people living weird alternative lifestyles; like nudists or patchouli drench seniors. Now Let me be the first to tell you that I don’t judge anyone for their lifestyle, but I just don’t know how those things would translate into sandwich form. Luckily, Subculture did all the right things and I was pleasantly surprised. 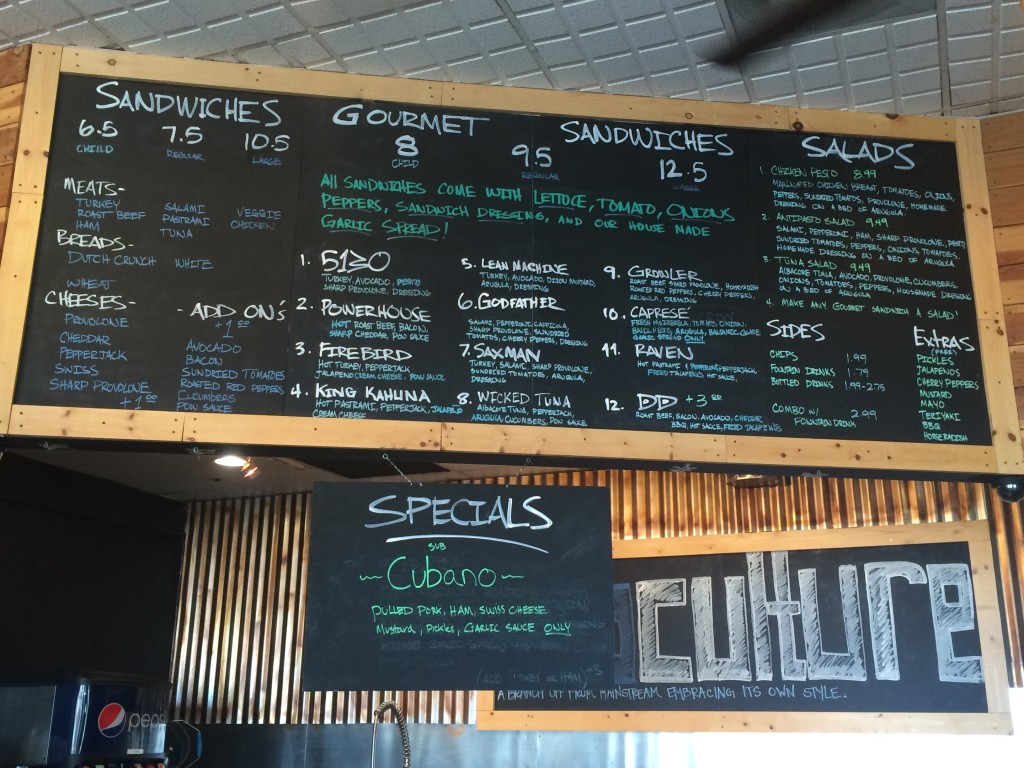 When looking at Subculture’s menu I was immediately drawn in by the fact that they had Dutch Crunch Bread. It’s getting more popular, but not common in Orange County. Dutch Crunch (or tiger bread) is essentially a french roll with rice paste and sesame oil brushed on the loaf, creating an amazingly crunchy top. It’s more popular in Northern California and has yet to make a huge impact around my area (I don’t understand why, the stuff is a revelation). SubCulture’s bread is made in house and is a perfect compliment to their style of sandwich making. 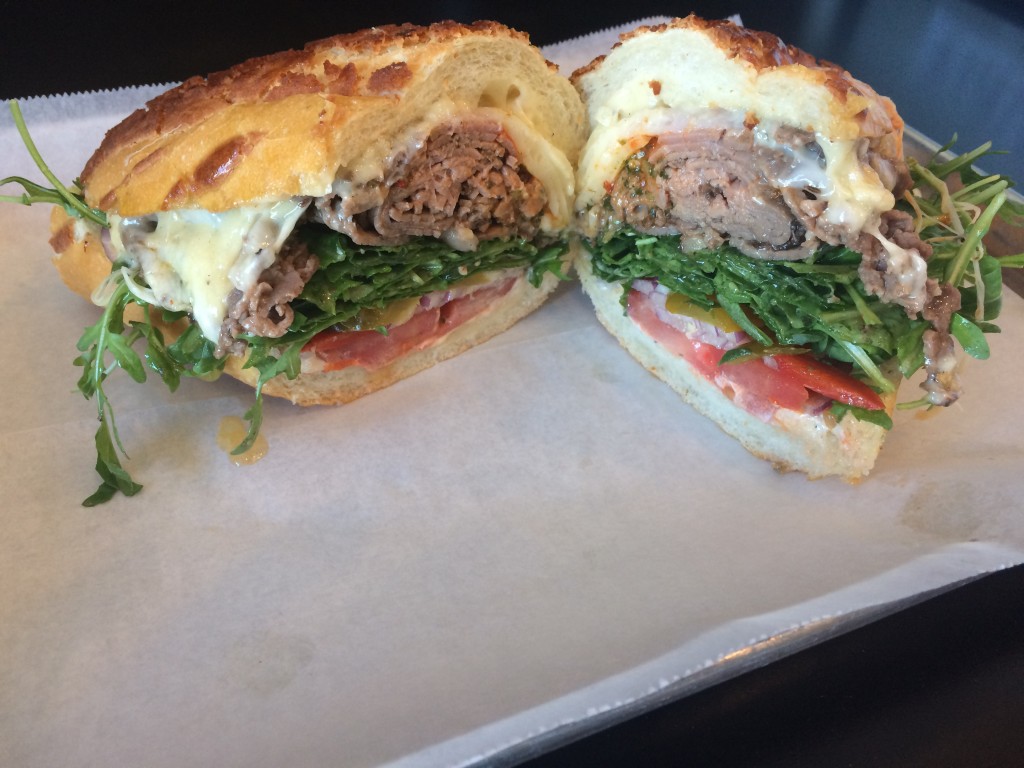 I was impressed by the portions immediately, the mounds of meat and melted provolone with the bread would’ve been enough to make the sandwich great, but the characteristics of the Growler were really accentuated by the little extras. I’ve always felt that arugula was pretty much just a pretentious lettuce, but its pepperiness and touch of bitterness was a nice compliment to the big flavors of horseradish and garlic; it created an herbaceous quality mixed with the red peppers that was almost Italian on the palate, the cherry peppers are the last thing you taste with a lingering light spice. These flavors are big and are all tied together in the bread, which is an ample introduction to all the different textures you’re going to experience. It is pretty saucy, so make sure you grab extra napkins. 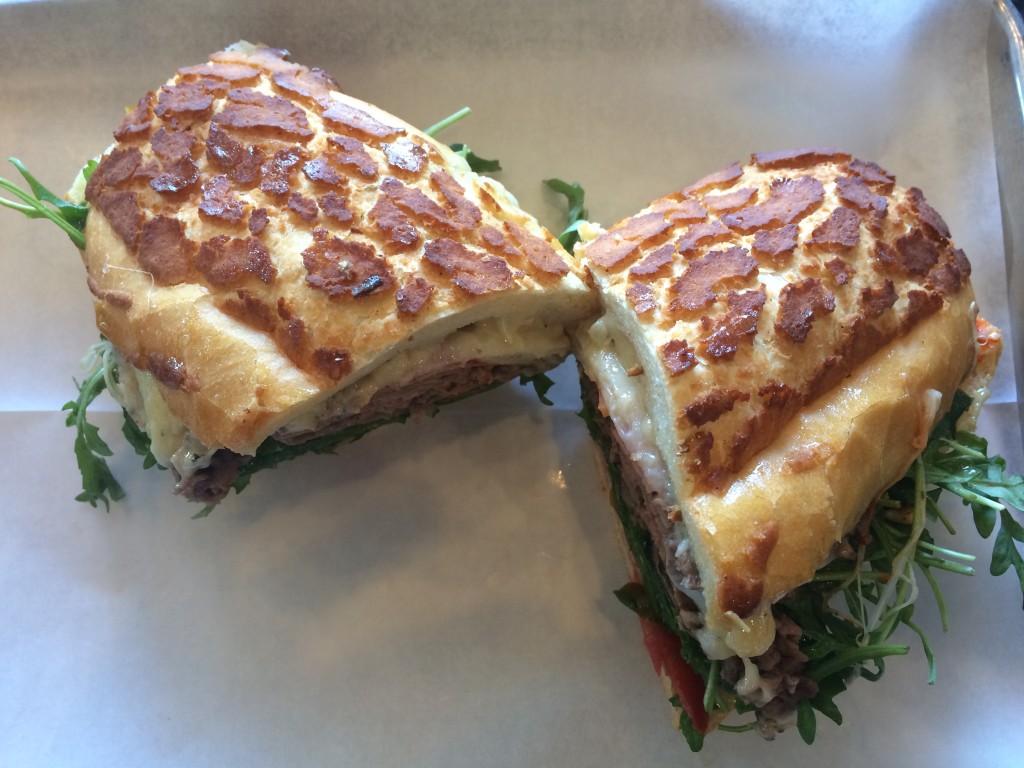 Subculture doesn’t attempt to be overly clever, but puts effort in the things that I think other places overlook. The thing that they emphasize here is also what makes them so special: Dutch crunch bread and house made sauce. Before I ordered, I was given a sample of their bread with garlic aioli and I could’ve easily just eaten that. I know I joked about Subculture in the introduction, but I think the name is quite fitting when you consider the definition:

We are part of this food culture, but as all you enthusiasts out there know, it’s not all the same. Subculture takes something as common as a sandwich and emphasizes the most important parts. 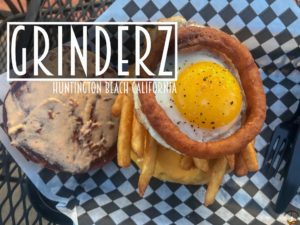 When I first learned of Grinderz in Huntington Beach, I thought that it was a sandwich place. I mean, a ...
Read More 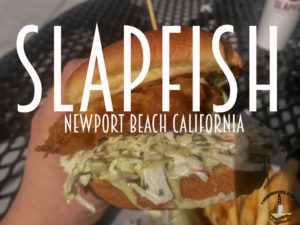 When I first heard the name "Slapfish," I didn't think it was a restaurant. It sounds like one of those ...
Read More 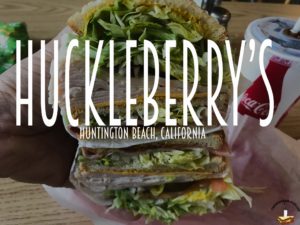