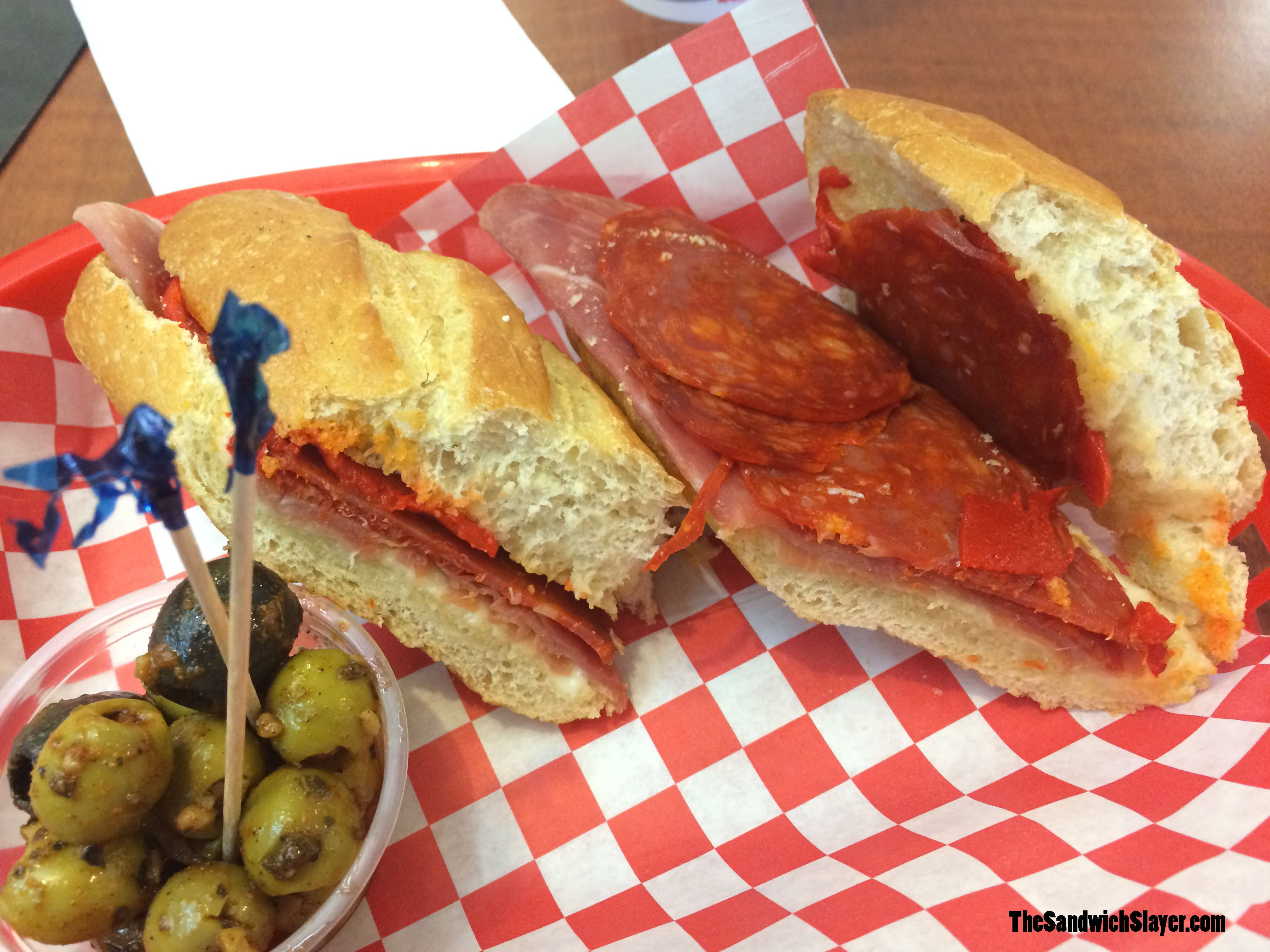 The Country of Spain has always had a special place in my heart, it’s one of the first countries that I visited when I first traveled internationally and has been a place that I’ve gone back to several times since then. It opened up my eyes to foods and flavors that I never knew existed combined with influences from North Africa & France. When I found out that Ole! Spain Delishop existed, I was thoroughly excited. Spanish food isn’t something that is common here in Orange County, CA so the only time that I usually eat it is when I’m in Spain. 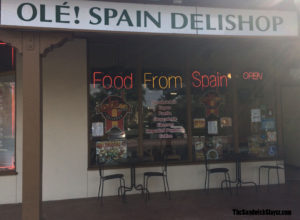 When I first walked into Ole! Spain Delishop I tried to temper my expectations,

you don’t want to enter a food experience with a bunch of preconceived notions as it rarely can replicate your memories (especially memories when you’re traveling and having the time of your life). The deli case was filled with all sorts of Spanish cured meats and cheeses, pictures of various menu items such as patatas bravas, tortilla Espanola, and paella occupied a portion of the wall along with a framed picture of the Encierro in Pamplona (if you don’t know what that is, again refer to my Spain post). It all was bringing me back to my travels and I can tell you wholeheartedly that I was really excited to try Ole! 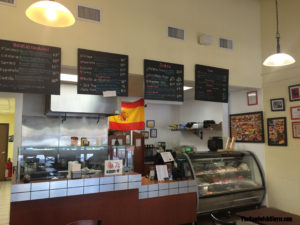 Before we talk about the sandwich, I have to take note of how enthusiastic I must sound keeping the exclamation point when referring to Ole! 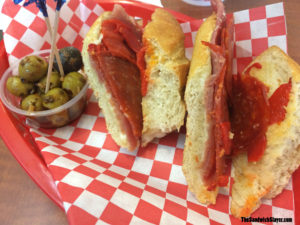 This is one of the few times that I wanted to try other things other than a sandwich, but because I make sacrifices for you I went with their Espanola Bocata. It boasts Serrano Ham, Pamplona chorizo, manchego cheese, and piquillo pepper on a hot toasted roll. Some maybe unfamiliar with these ingredients so I’m going to give you a quick breakdown:

Serrano Ham (Jamon Serrano): It’s a common ham found in Spain, where the pig is cured in salt for several weeks before being hung by a hook to dry for about 6 months.

Pamplona Chorizo: A type of spiced sausage that is produced in Pamplona, Spain. The meat used is usually pork & beef with a hefty amount paprika, that is then cured & dried.

Manchego Cheese: Produced in the “La Mancha” region of Spain, Manchego cheese is made from sheep’s milk and can be aged anywhere from 60 days to 2 years. 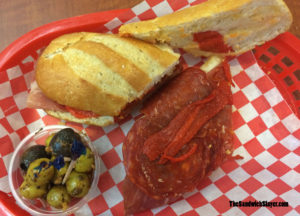 The portions may have been small, but the flavors that I remember from Spain showed through. The spice and fat from the cured meats lightly soaking into the hot bread took me back to enjoying lunch along the Algarve coast. The Manchego’s buttery texture tempered the saltiness of the meats while adding a sharpness that differentiated the cheese from the rest of the sandwich. I can see the need for the sweet peppers, as they helped keep the big salty flavors from becoming overpowering.

The Sandwich was simple in it’s construction and it worked in favor of the composition. The process that the meat and cheese go through would be wasted if the sandwich itself was overly complicated so you have to appreciate the simplicity. 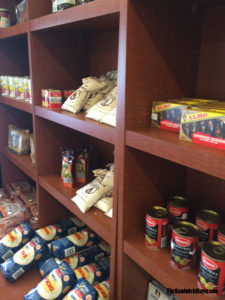 Ole! Spain Delishop is a place that I would suggest to any of my friends who are missing the flavors of the Iberian Peninsula. It’s a small gem that serves things that you normally wouldn’t be able to find in Orange County with plenty of variety to cover those discerning Mediterranean palates. If you were to ever attempt a charcuterie board at home, I would suggest that you try this place out.