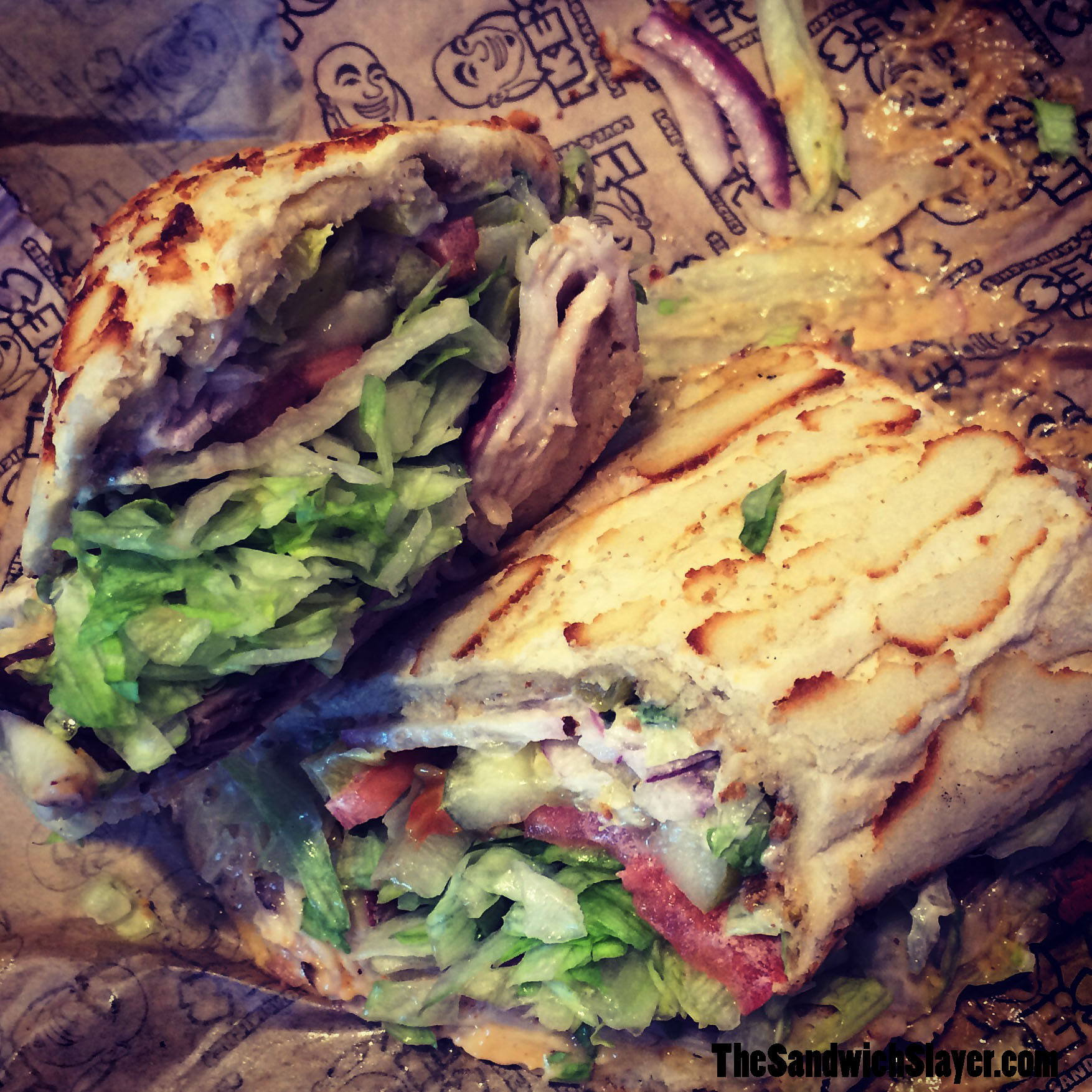 Ike’s Love & Sandwiches is a Northern California import that is finding popularity in Orange County. Their claim to fame has been their pop culture filled menu & signature “dirty sauce,” which is a standard in every sandwich. When I walked into the restaurant, I was met with the daunting task of trying to order from their 30+ sandwich choices. The lady behind the counter ordered for me (I’m all about low pressure situations). 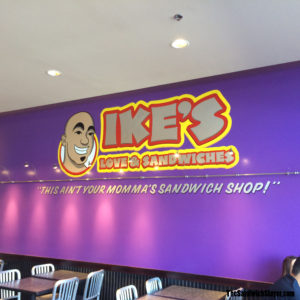 I also noticed one of their wall decorations crossed out. 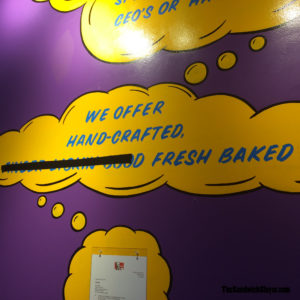 I was confused by this until I saw a triumphant cease & desist note from KFC: 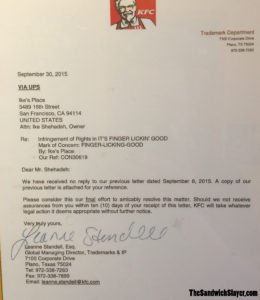 Anyone who openly defies those fried chicken Wall St. fat cats is okay with me, so before I tried the sandwich I put my full support behind Ike by throwing a triumphant fist in the air. After the girl judged me, she finished my sandwich and handed it to me.

Ike’s sandwiches are notoriously messy and usually heavily sauced, it makes sturdy bread essential. The horseradish sauce was too understated. I’m not one to judge what people like in between the bread (it’s 2016 for God’s sake), but I often find sandwiches like these being too chaotic with flavors. That’s not to say that I didn’t enjoy it, but with three distinctly different meats and 2 different sauces I couldn’t find much cohesion. The bread doesn’t have as much crunch as other Dutch breads that I have had around here, but it delivers exactly what you’re looking for: sturdiness in the face of saucy adversity and a defiant crunch to spite potential sogginess. 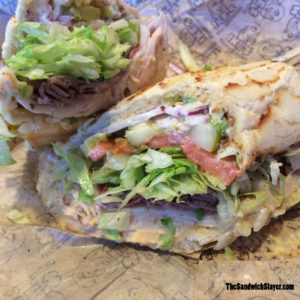 Overall, I’d say Ike’s deserves a try, the menu is big enough to please anyone and there is a certain charm to the restaurant that you don’t find in the average deli. I’d cut back on the sauces my next time around, but it is worth a visit.

And I still don’t know who Matt Cain is.