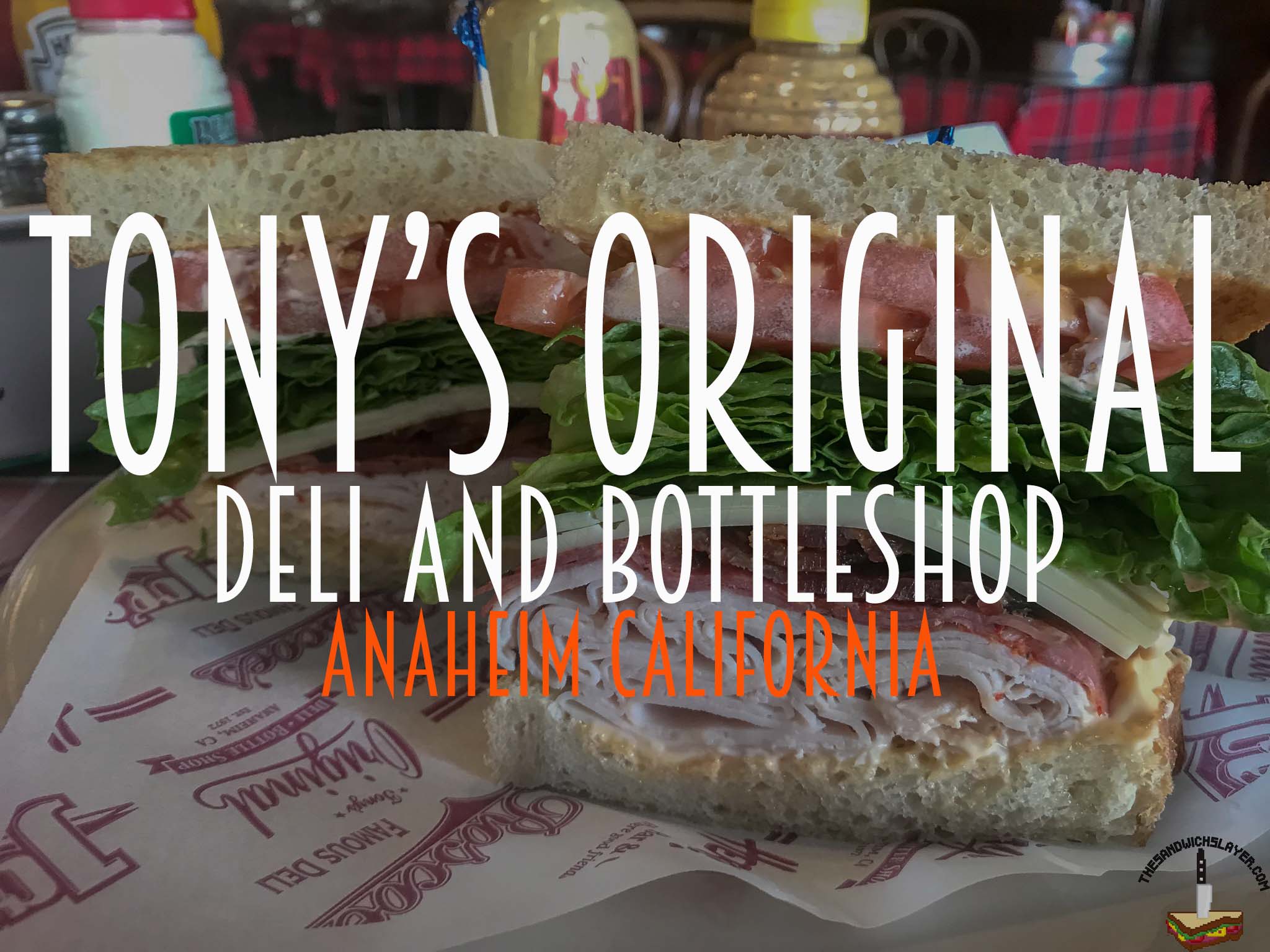 Tony’s Original Deli and Bottle shop has been a classic fixture in Anaheim CA since the early 70’s. Like several places in Anaheim, Tony’s Deli shares an interesting history with the locals of North Orange County. It used to owned by a well loved Curmudgeonly man who reminded locals of the “Soup Nazi” from Seinfeld. He had little patience for BS, but he made up for it in his food, it’s owned by someone else now, but they’ve kept most of the favorites. 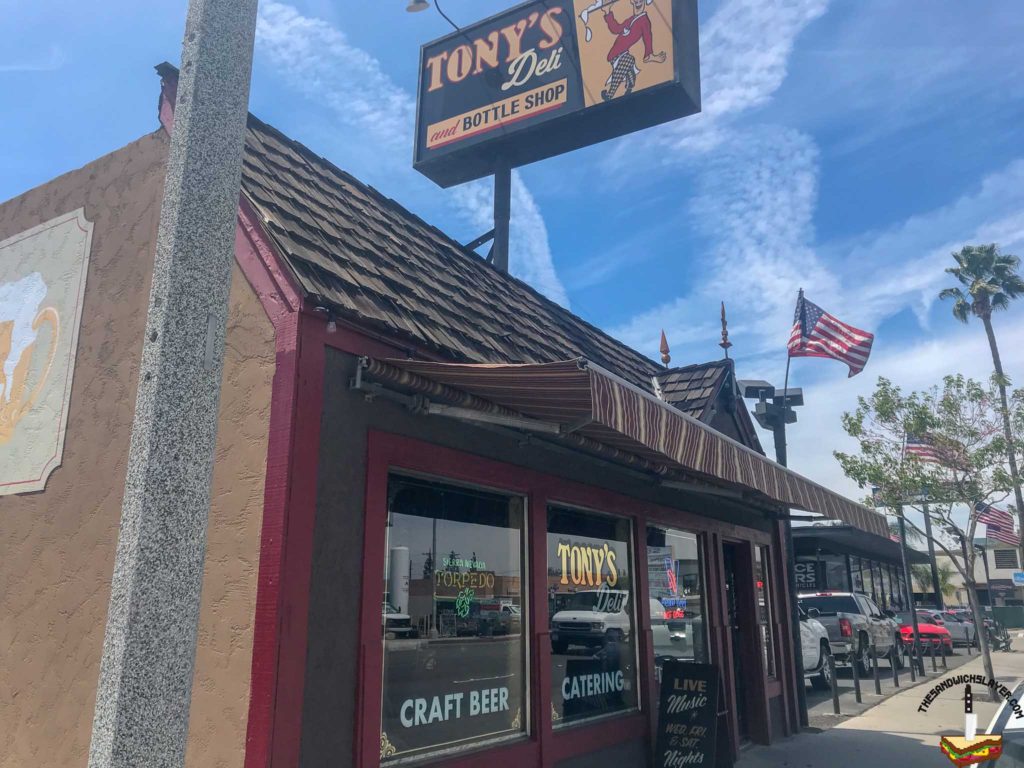 I was torn between the “Fender Club” sandwich and the  “Sheepherder” sandwich; both are extremely popular, the Sheepherder being a classic staple of Tony’s. In the end, I went with the Fender Club (I figure I’ll be back to try the Sheepherder for research purposes).

This is normally where I got into long run-on sentences about the sandwich flavors, but let’s try something different. I’m going to break up the components into little sections and talk about them that way, let me know what you like more:

Toasted Sourdough Bread is a great choice for a sandwich of this size, because it can hold a lot of stuff without losing structural integrity. I took half of this sandwich home and ate it 3 hours later, the thick and dry quality of the sourdough certainly prevented it from getting soggy which is nice.

Between the extremely crispy bacon and toasted sourdough the sandwich really needed the Chipotle Mayo. I expected the chipotle to shine through more but it was masked a lot by the peppery capicola.

at $12.95 this seems like an expensive sandwich, but when you look at the portion you get it’s is pretty fair. Each sandwich comes with a side of your choice and the portion on that is also big. You could come in and split a sandwich with someone and still be satisfied. I think there’s a split charge, so keep that in mind. 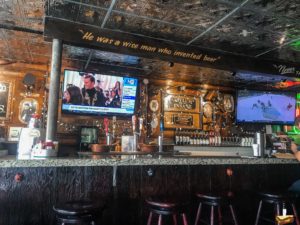 While you’re here, be sure to check out the selection of bottled soda pop and their every changing craft brews (it is called Tony’s Original Deli and Bottle shop for a reason). Next time, I’m going for the Sheepherder!

(click on thumbnails to enlarge menus. Sorry, these ones came out blurry) 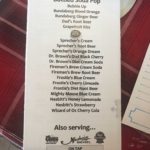 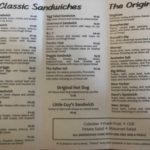 Don’t slide into my DMs if you don’t have sliders 🍔 to slide with. That makes sense right? Either way, I’m digging these sliders from @burntzilla. BBQ pork with onion and pickles, Fried chicken with potato and gravy, and cheeseburger with avocado aioli.
Happy #nationalgrilledcheeseday you filthy animals. 🧀 🧀 🧀
The weather is warming up and my craving for lobster 🦞 rolls is exponentially increasing Swimming in clarified butter 🧈 and kissed by sexy sexy lemon 🍋 @hookandanchorrestaurant
I just can’t get over this beautiful prosciutto and burrata open faced sandwich from @thecheeseshop.
The Cuban Burger 🍔 from @chapteronetml. An indulgent blend of burger, pork belly, and ham with Swiss, pickles, garlic aioli, and mustard on a brioche bun 🔥
Not a sandwich, but worth recognition. The food at @emcseafood (especially during happy hour) is well worth the trip. The Uni Pasta is especially good 🔥 followed my crab cakes, ahi and salmon carpaccio, oysters 🦪, fried calamari and cat fish 🐠, and finally Brussels sprouts (for the much needed fiber)