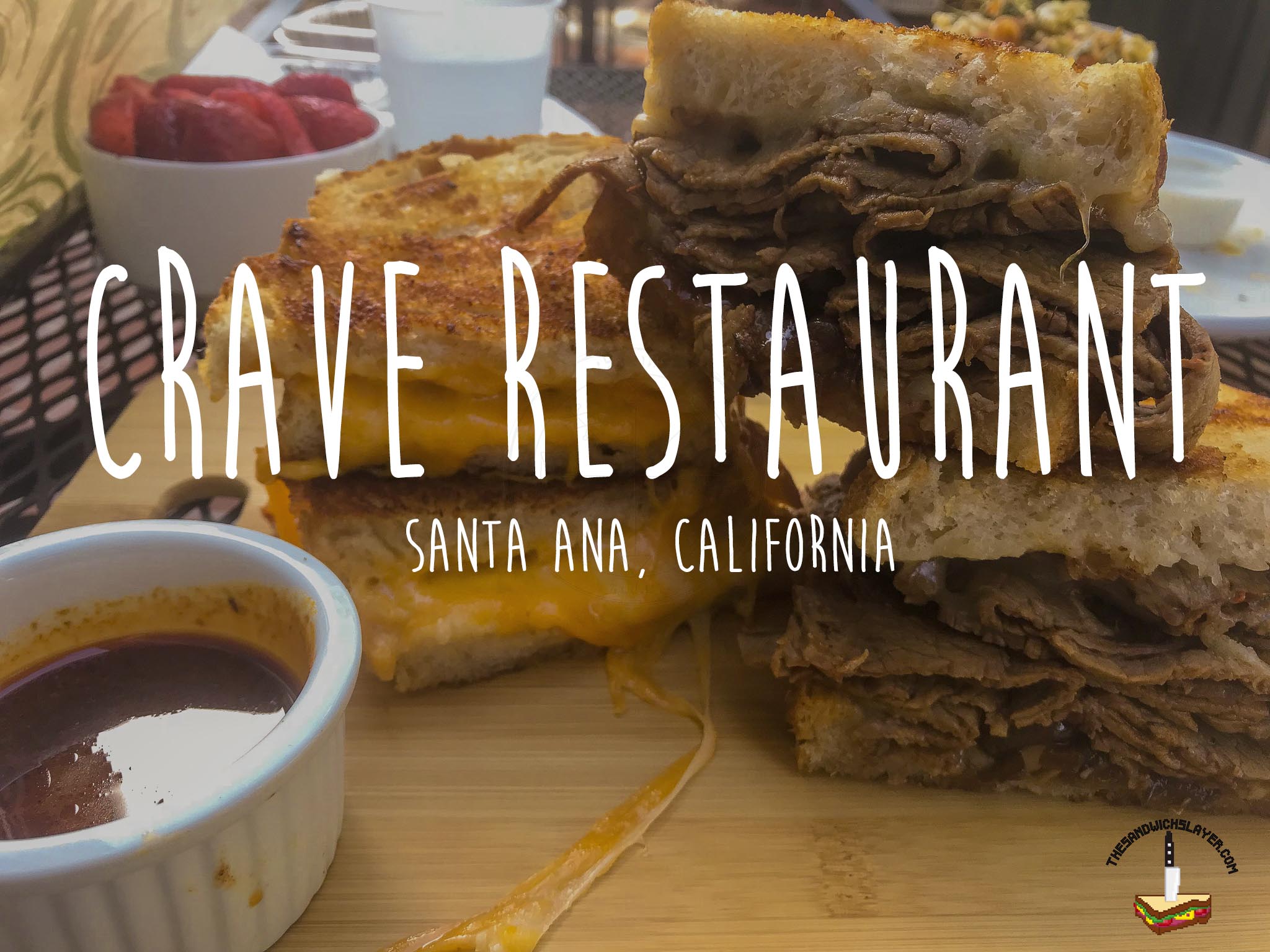 I tried Crave Restaurant in Downtown Santa Ana awhile ago and I enjoyed it so much that it made my favorite sandwiches of 2017 list. I planned on doing this post a year ago, but my photos turned out blurry the first time. It took me a year to go back, but that year of experience has made me a seasoned phone camera veteran and my new photos are a lot better. 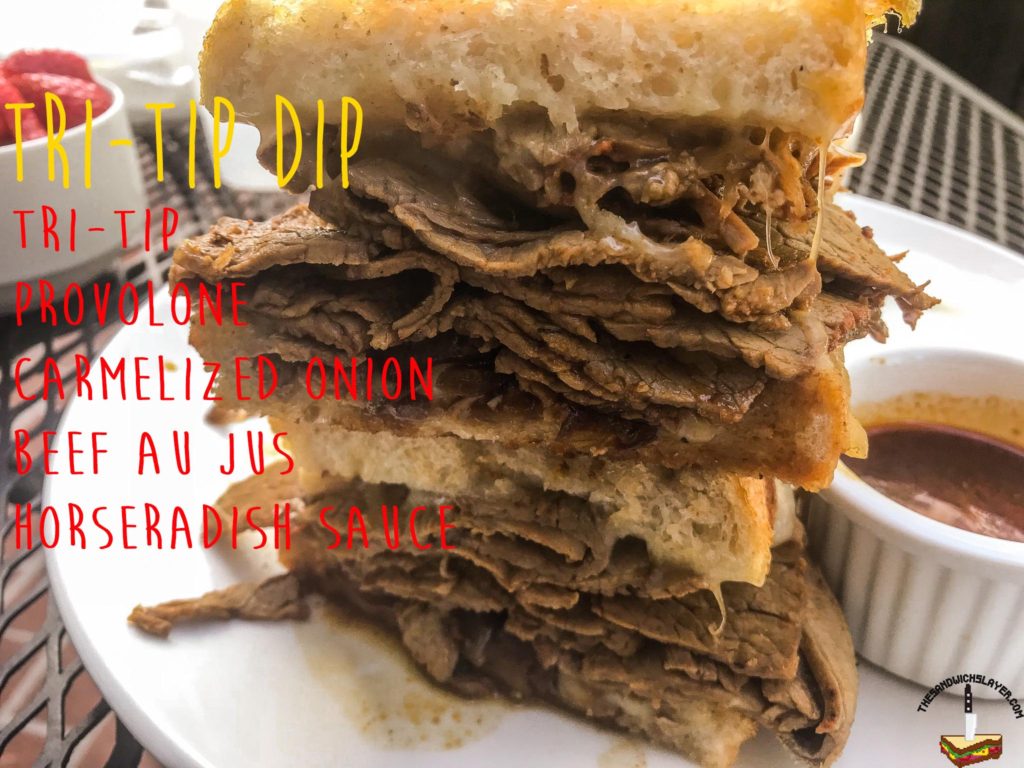 I’ve always been accustomed to eating dip sandwiches on french rolls. Structurally it makes sense, the sandwich being submarine-like can submerge itself into the aus jus like it was an Elon Musk made publicity stunt saving Thai kids from a cave (look it up). Crave’s grilled sourdough is an interesting swap, it makes the dipping awkward but I really like the crispy crust.

When it comes to a sandwich like this, simple is always the best way to go. The one consequence of a simple sandwich is that everything needs to be executed properly and this was no exception. Crave’s Tri tip dip was one of my favorite sandwiches last year for a reason. The meat is thick and very nicely seasoned with melted provolone and caramelized onion, you could eat this with no sauce and still be impressed by all the flavors you get from the meat. Simple? yes, but marvelously executed. 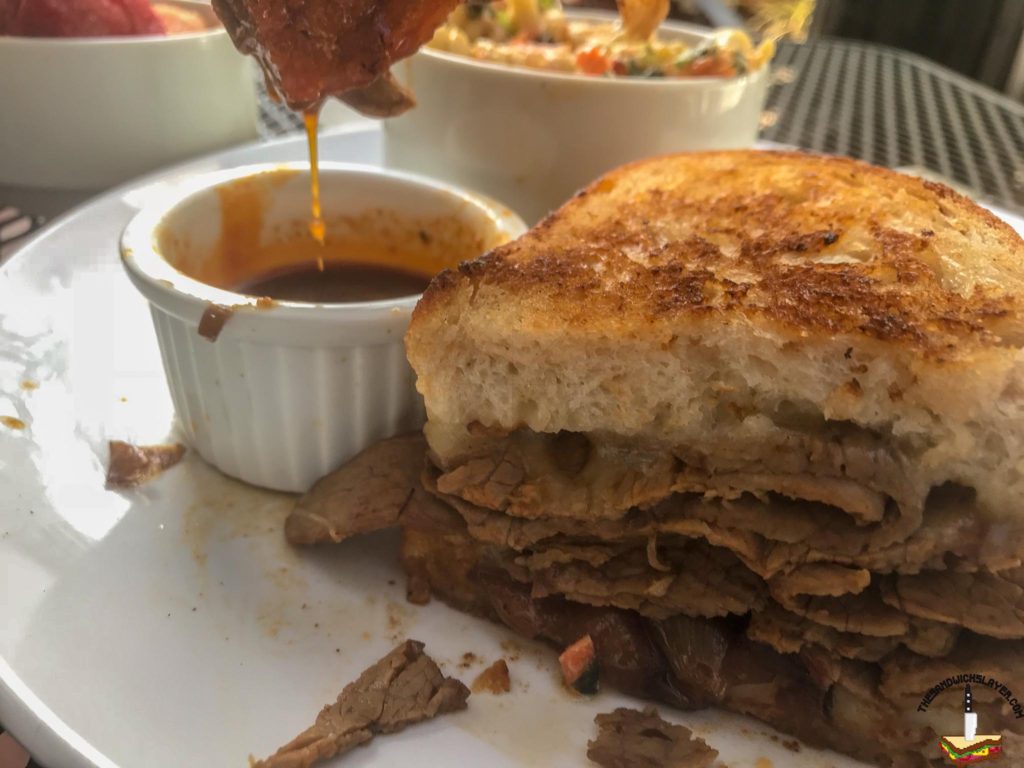 Let me be the first to tell you that when it comes to horseradish sauce I am biased. I haven’t met one that I didn’t want to slather on everything; so let’s just say that it was good.

I’m a bit more judgmental about au jus. I’ve found that a good jus can elevate a mediocre dip sandwich while a bad one can really ruin it. Crave’s au jus has all the familiar characteristics of a competent jus with some added spice. It’s a bit thicker with more spices too, so it really is a great addition to the plate.

Most of the sandwiches on Crave’s menu will cost you $10 or more. It’s a little more expensive than a lot of other lunch time places in Orange County, but I think you get value for the price. The portions here are pretty good and each sandwich comes with a pretty big side dish. At $12.50, the tri tip dip is the priciest thing on the menu, but the quality of meat and flavors are worth the premium.

They also have a pretty righteous grilled cheese for $6.50

If you’re ever in Downtown Santa Ana, there is TONS to choose from. Crave’s menu doesn’t have anything that is outside the norm, but they really do the classics well. The interior of the restaurant is really nice as well, so consider this restaurant for an informal business lunch.