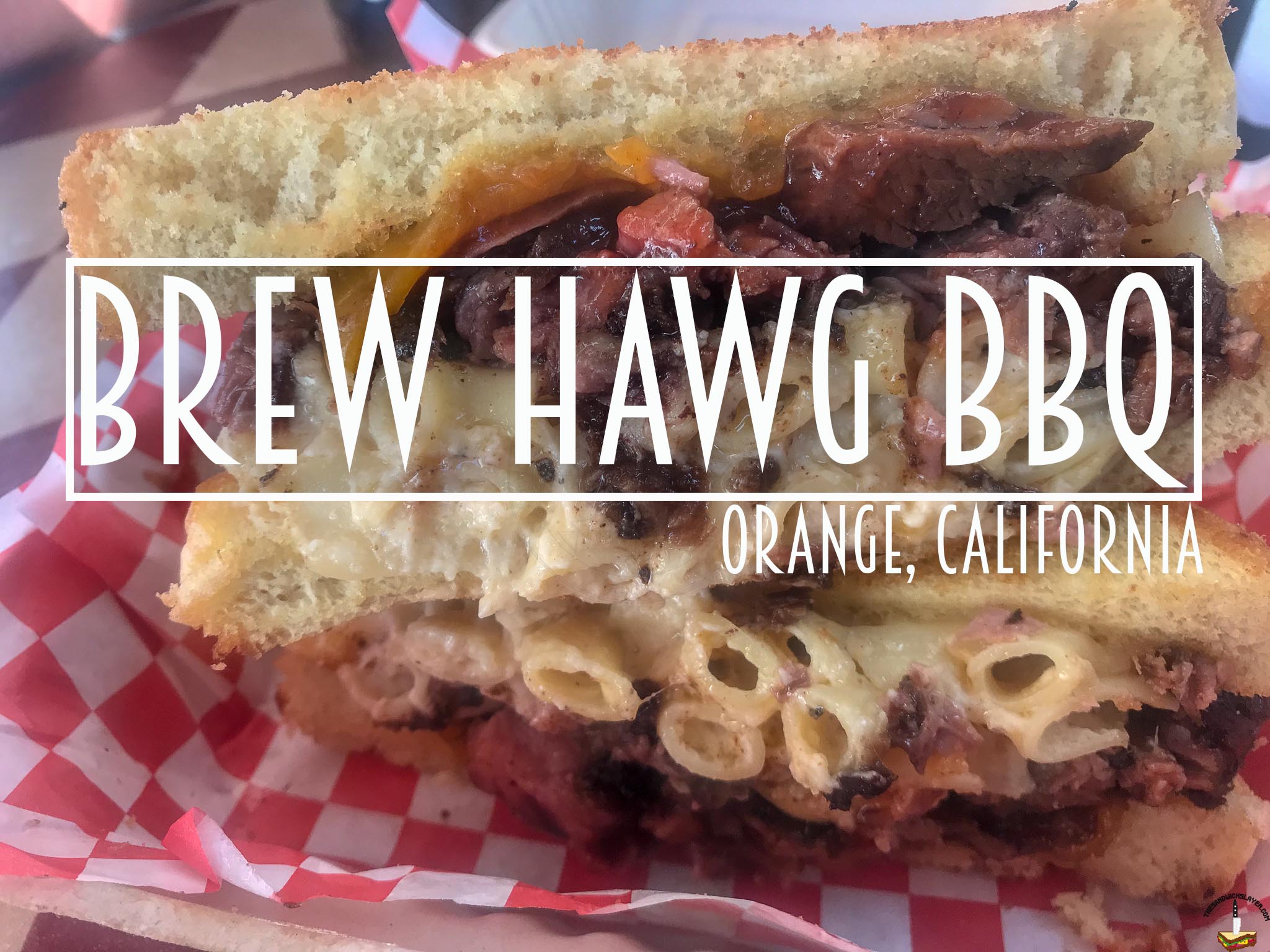 I’m slowly eating my way through OC cities previously unexplored. While I don’t think my love for Costa Mesa and Santa Ana will dissipate anytime soon, the city of Orange is slowly making it’s way to my heart. BBQ around here don’t always provide a lot of value for money; the portions can be pretty small for the price you pay. Brew Hawg BBQ in Orange is a humble addition to OC’s BBQ scene, but what it lacks in flair it makes up in flavor and portion.

They also brew their own root beer, which I found to be quite charming. It’s not as sweet as the root beers you would get at the super market with just a little bite to it. A perfect pairing for the sauce and meats at Brew Hawg.

I have to admit that I find the bread you get at BBQ places to be forgettable. I know it helps soak up all the meaty goodness, but I could do without it most of the time. The same goes for a lot of sandwiches at BBQ places; the bread serves more as a handle for the meat moreso than an actual contributing flavor/texture profile. BrewHawg’s Texas toast was nicely grilled and perfectly suitable for the meat/carb destruction that was the Duke Sandwich.

Somewhere in Southern California, my doctor is slapping her forehead in frustration. It’s bad enough that my workout routine consists of 8 push-ups every other Sunday, but I also consume things like this sandwich.

“The Duke” consists of melted muenster and cheddar cheeses, with a choice of meat (I chose beef brisket), and mac & cheese. There wasn’t even a hint of a green vegetable anywhere in sight, an admirable quality of this sandwich. In terms of flavor and consistency, it’s as heavy as you would assume. The mounds of melted cheese seeping in between the smoked meat is enough to make the most formidable man cry (I did). Who the hell decided that putting carbs inside of carbs was okay? 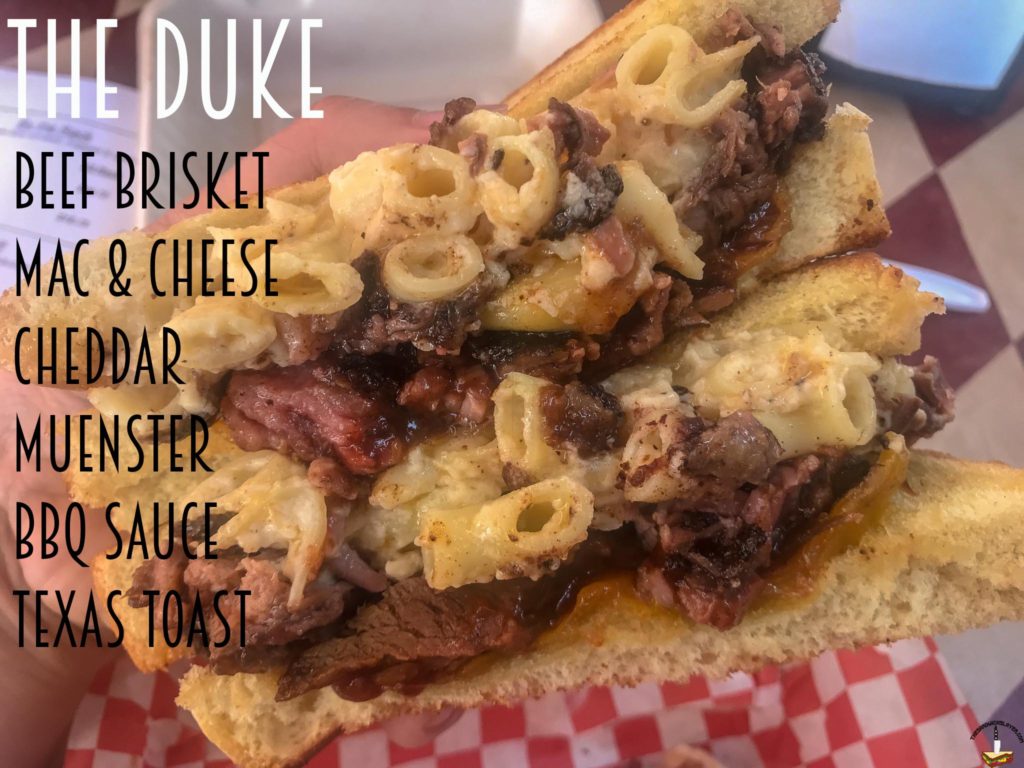 Brew Hawg’s sauce seems to take a lot of influence from Kansas city style Barbecue. It’s thick and a little sticky but not as sweet as other BBQ sauces around OC. There is just a touch of pepper flavor that adds a subtle bite to the sandwich. I found it to be a refreshing change from a lot of the sauces you would find around here.

I didn’t try any of the other sauces on display, but there is a whole wall of stuff for anyone looking for some additions to their meat: 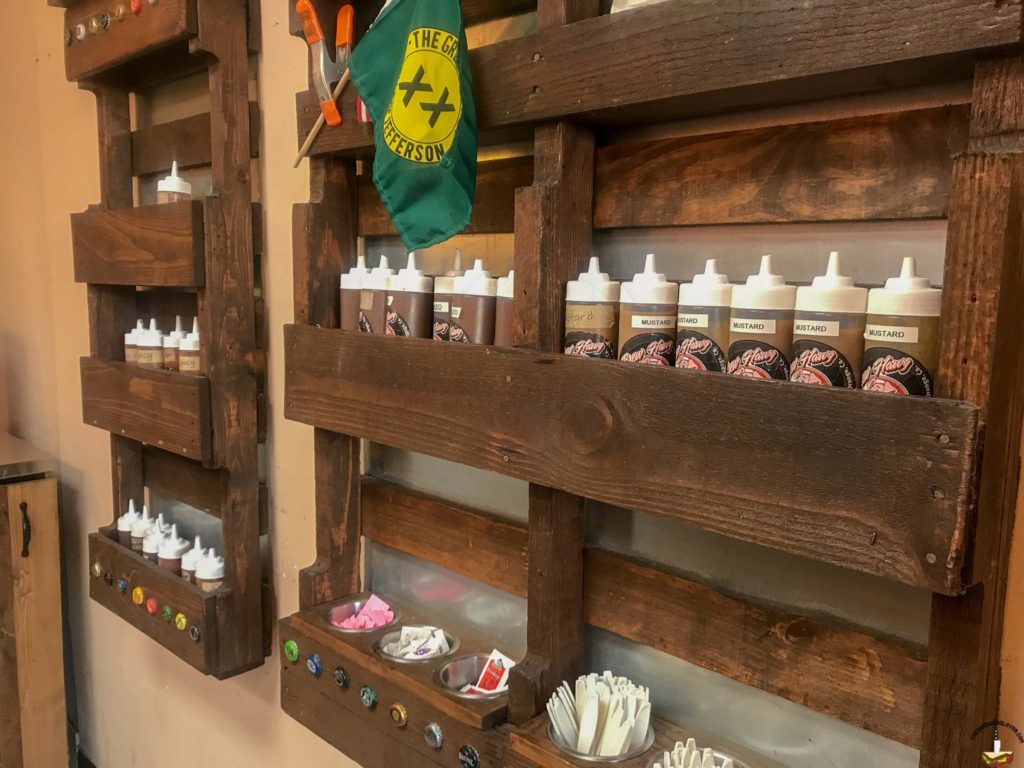 Like most BBQ places, you pay a premium for the time and effort put into smoking the meat. Brew Hawg’s prices aren’t bad for the portion you are getting (the sandwich comes with a choice of side too). If beef isn’t something that will make or break your BBQ experience, consider ordering The Duke with chicken or pork; It’s $2 cheaper and still comes with choice of side.

I’ve been told that the secret to good BBQ is the smoke; “low and slow” is what they say, and I have to say, that after this meal, low and slow is exactly how I felt (in the best way possible). With a belly full of meat and cheese, I sluggishly staggered to my car and found myself in need of a good nap. I feel like that’s a good sign when it comes to BBQ. Somewhere hidden away in a sleepy shopping center lies one hell of a food coma. If you ever find yourself in Orange, go and check it out.

I’ve been told that they smoke their own pastrami, so I’ll be back for sure. 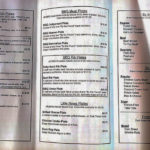 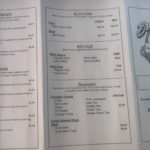