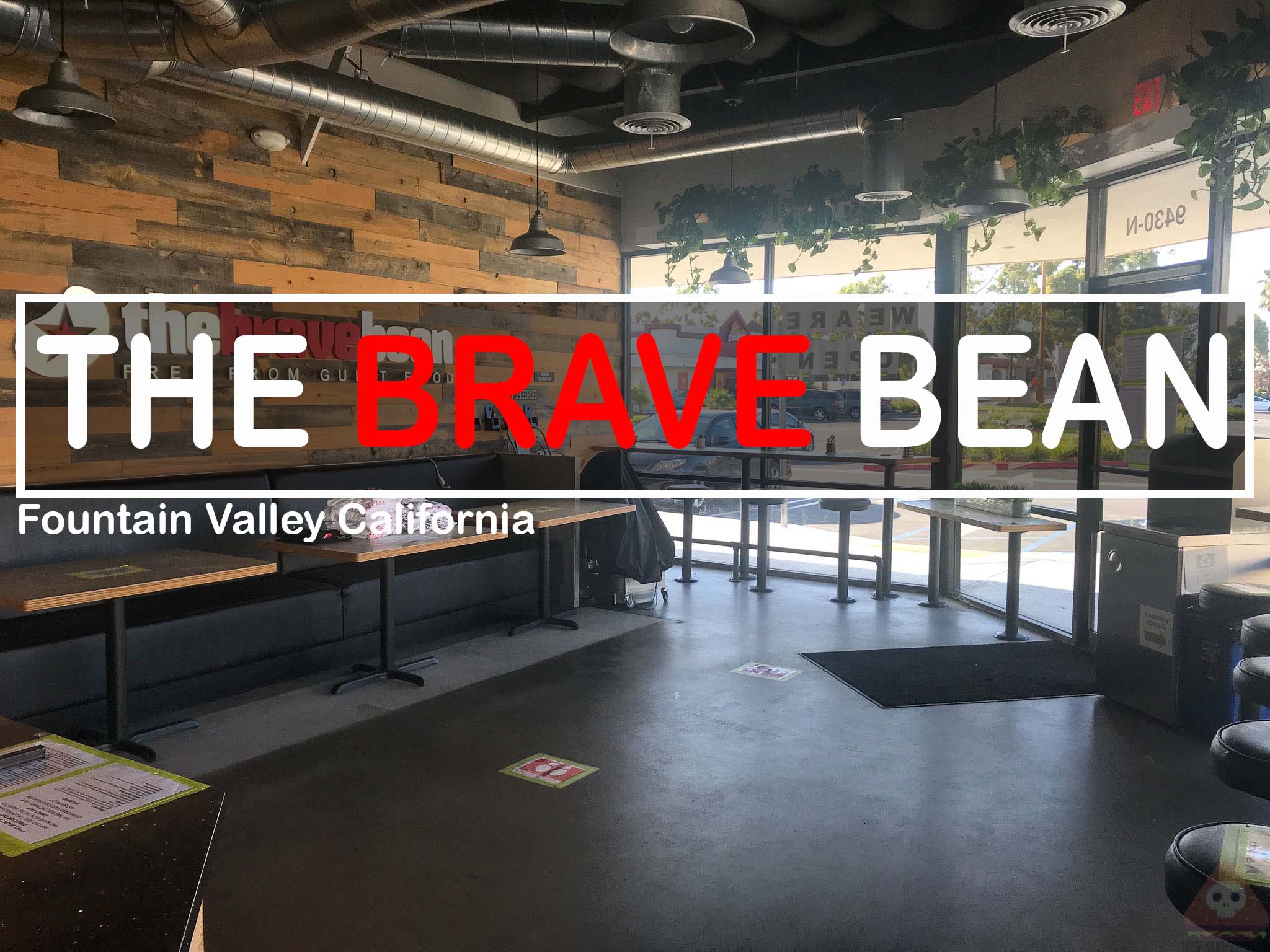 Everyone who has followed this blog or my instagram knows that I am a voracious meat and cheese eater. Every so often, I get a bit rebellious and try to have a plant based meal. Vegan stuff has increased in popularity around here lately which has created a great food culture for you herbivores. I guess it’s gone completely mainstream, with things like the impossible burger on fast food menus now. With that being said, you should forego the drive thru and check out one of the many local vegan restaurants opening in the area. The Brave Bean in Fountain Valley is a vegan comfort food spot that has been making 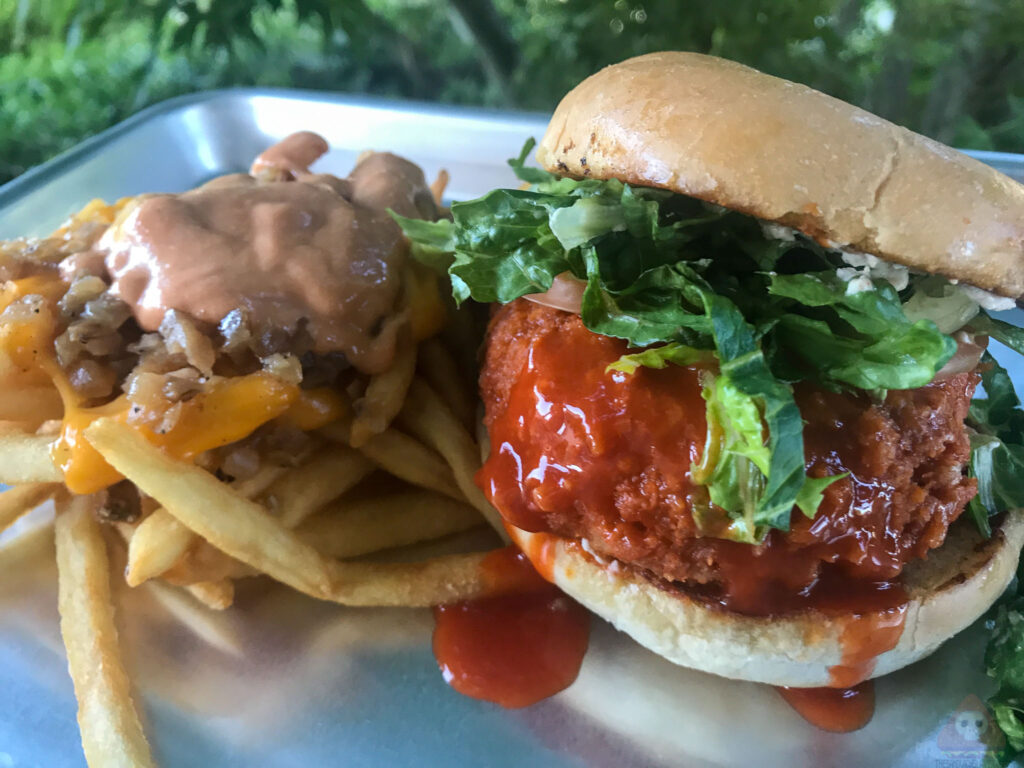 I assumed that the buns on the “Buff Chick” would be some generic ones, but I was pleasantly surprised. The bun was firm and lightly grilled, giving some nice variation to the texture of the sandwich. When paired with the vegan “chicken” patty, the bread on the buff chick ends up being richer than expected.

What the Brave Bean uses for their fried “chicken” patty is beyond me, but I can say that I liked it. The texture of the breading was good and it held the buffalo sauce well. Speaking as a passionate buffalo chicken enthusiast, I can tell you that the edges of the patty were pretty close. Once you get to the middle of the patty, the texture deviates from anything that resembles chicken. It’s not a bad thing mind you, but fans of the fowl should take note. 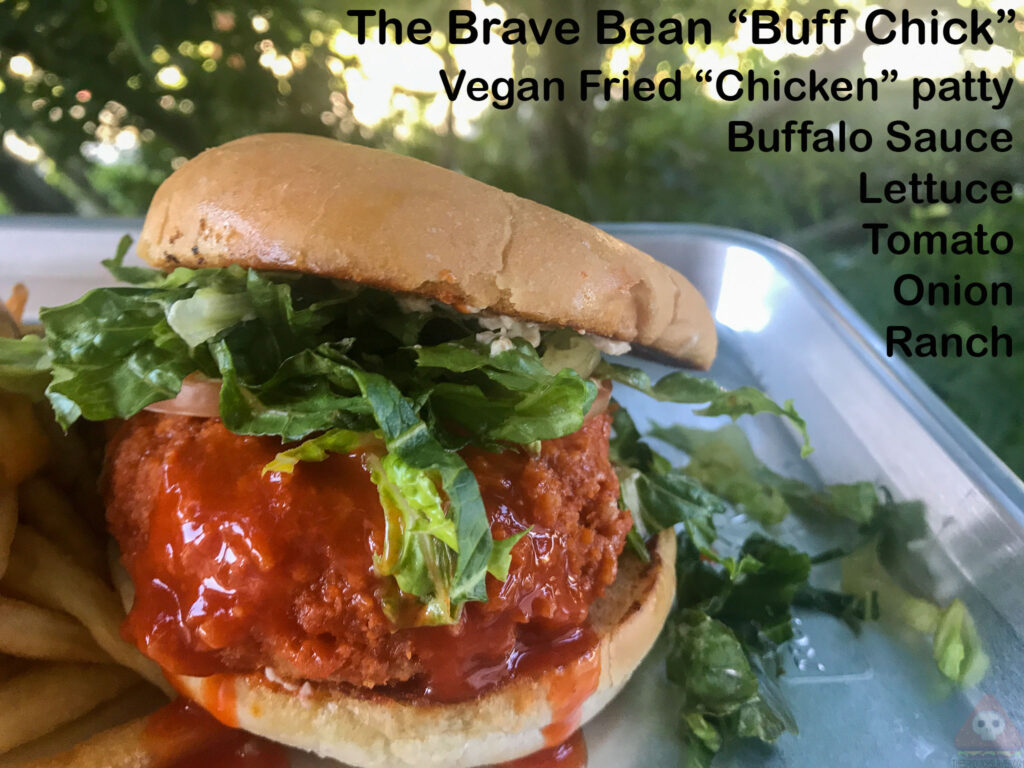 I asked my friends and most don’t seem to know that Buffalo sauce is just Frank’s Red hot mixed with melted butter. The Brave Bean obviously doesn’t use a butter based sauce (at least I hope it doesn’t) but you really can’t taste the difference. I would’ve liked the hot sauce to have been a bit stronger, but it did it’s job. The homemade ranch spread could’ve been more generous too, it was kind of an afterthought to be honest. This is a situation where the ranch would serve you better as a dip on the side rather than a spread on the sandwich.

I’m not an expert on Vegan restaurants, but the few that I have been to have usually been more expensive than their meat based counterparts. I guess you have to pay more for some of the creative ways restaurants prepare their plant based goodies. Either way, The Brave Beans price points are very fair when you compare them to other spots. The sandwiches tend to run just under $10 and you can do half orders on some of their sides like the “Animal Lover Fries,” which is their vegan take on the In-N-Out favorite.

I love half order options, it gives you a chance to try a couple of things without buying too much food. 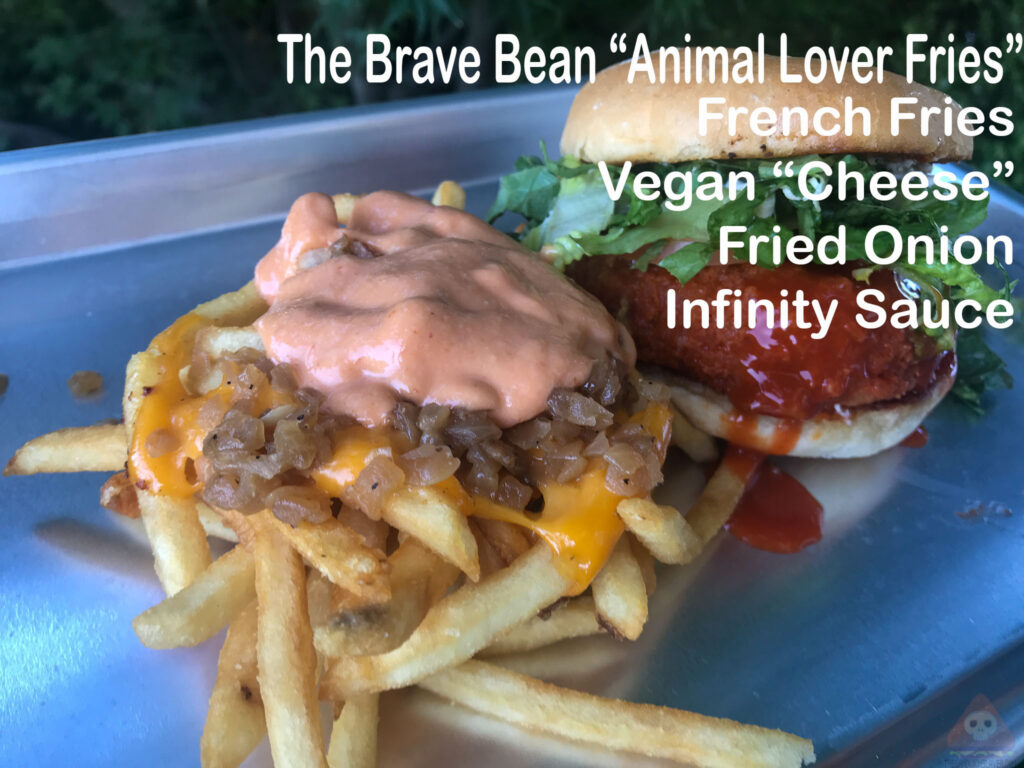 Most of the vegan restaurants that I have tried in Orange County have been pretty good, but I think the Brave Bean is my favorite so far. Just looking at the menu, I think that a place like this is a good entry way for people who want to try vegan food but are still staunchly carnivorous. I urge you meat eaters to give it a shot. It may not completely replace the textures of meat, but it does have some interesting flavors you might like.

***GIVEAWAY ALERT***I’m going coco-nuts over these amazing desserts from @kokonutdessert 🌴 win a **FREE** dessert of your choice by following me and @kokonutdessert. Like this post 👍
A Smokey Cuban that would make Ricky Ricardo’s conga drum burst into flames 🔥 . @meatupbbq uses their 14 hr smoked pulled pork, ham, Swiss, pickles and thousand islands dressing on buttery ciabatta for this loving meat beast 🍖 🔥
@birdtalkchicken honey butter fried chicken sandwich is sweet goodness. I added their fried pickles to the sandwich and my mind was blown 🔥 🍗 🍯
Throwback to the best mushrooms on toast I’ve ever had. Shame I have to travel all the way to #Brisbane to get it. Oh well, future goals for a vaccinated sandwich slayer.
This hot chicken sandwich from @the_golden_hot_fried_chicken is as saucy as the girls I’ve been talking to on bumble lately 🔥
I originally went to @paninikabobgrill for a panini (hence the name) but their koobideh wrap and hummus is just too good to pass up. Feeling real Mediterranean up in this B. 🔥 🌊