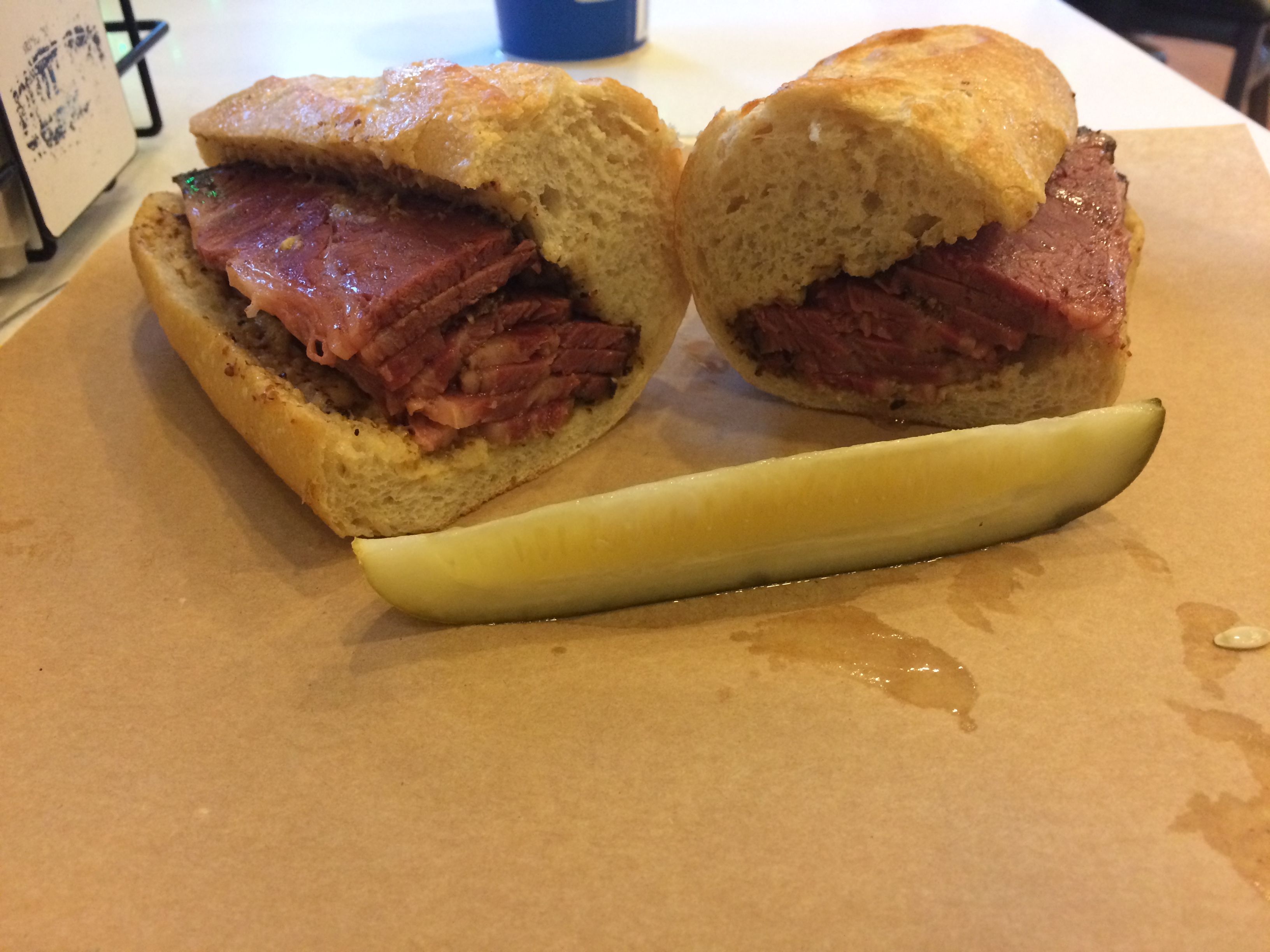 I’ve always felt a little spoiled growing up in Orange County California, the weather is almost always sunny so I can pretty much get away with wearing jeans & a t-shirt 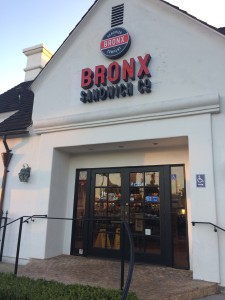 for the majority of the year, I’m a 15 minute drive from the beach, and I’m only an hour away from San Diego Comic Con. For the most part, I couldn’t see myself living anywhere else in the United States and most people have said that I lucked out being born here, until the subject of pastrami or pizza enter the conversation. I can absolutely confirm that there is much better pizza outside of California, but I have not traveled extensively through the East Coast (or through much of the US for that matter) so I cannot confirm that pastrami is better outside of my home state (I’m sorry New Yorkers, don’t hate me). There haven’t been many pastrami sandwiches that I didn’t enjoy (what’s not to like about a nicely spiced and brined hot meat sandwich?) and this was no exception, in fact it was probably one of my favorite pastrami sandwiches in recent memory. I was told about Bronx sandwich Co. by a friend, it’s actually down the street from a really nice comic shop in Tustin that I go to , so after spending way too much on trade paperbacks I felt it my duty to you that I try this sandwich shop, purely in the name of science I assure you. For those who aren’t familiar with pastrami, it is usually beef seasoned with things such as coriander, mustard seeds,garlic, allspice, pepper, and cloves after it is brined in a rather concentrated salt/water solution. 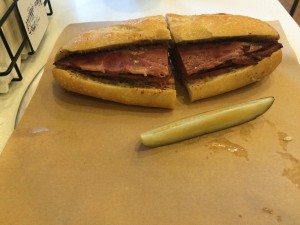 greeted by a chalk board sign saying they were now selling their “East Coast Pastrami” for $19.99 a pound, it seemed a bit pricey, but I assumed that it was one of their specialties. When I asked the gentleman at the counter, he confirmed that the pastrami was the most popular on the menu, so I went with the “East Coast” style sandwich on a baguette. The sandwich comes out simple enough, with Gulden’s spicy brown mustard (I always chuckle when I see this, because I imagine an evil orc warlock making a sandwich. You nerdy gamers would understand, the rest of you shouldn’t judge me) and a pickle spear. The pastrami was very generous as was the amount of warlock mustard on the sandwich, and the flavor was a spiced filled dream. The pastrami was cut thick, something that you don’t usually see here, and it allowed for the spices in the meat to really show with the mustard and pickle to complement. I’ve always been a firm believer that bread can really make or break a good sandwich and while I know pastrami on rye is a classic sandwich I am really happy that I got it on 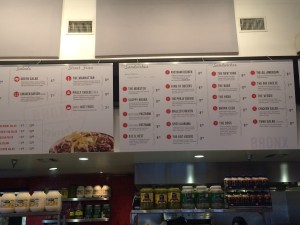 the baguette. It came out toasted and with a crispy crust, a worthy sheath to the blades of cured meat and warlock mustard accompanied by a pickle spear (yeah, I went there). To be honest, when the sandwich came out there was a second that I thought it looked a little small in stature for the price (it was $9.99 for the sandwich) but it was so rich and filling that I could barely finish it. You would be wise to grab a drink because there is a lot of salt and spice in here, I have a tendency to push past the brink of my mind and body begging for respite from finishing a meal when it’s pretty damn good, so hydration would be a good idea when it comes to this sandwich. If you’re with a friend, or are feeling like consuming some marvelous comfort food, the “Street Fries” here are suppose to be pretty amazing as well, they will also cover them in their famous pastrami along with all the other things that make life great, like cheese and grilled onions (it’s called The Manhattan).