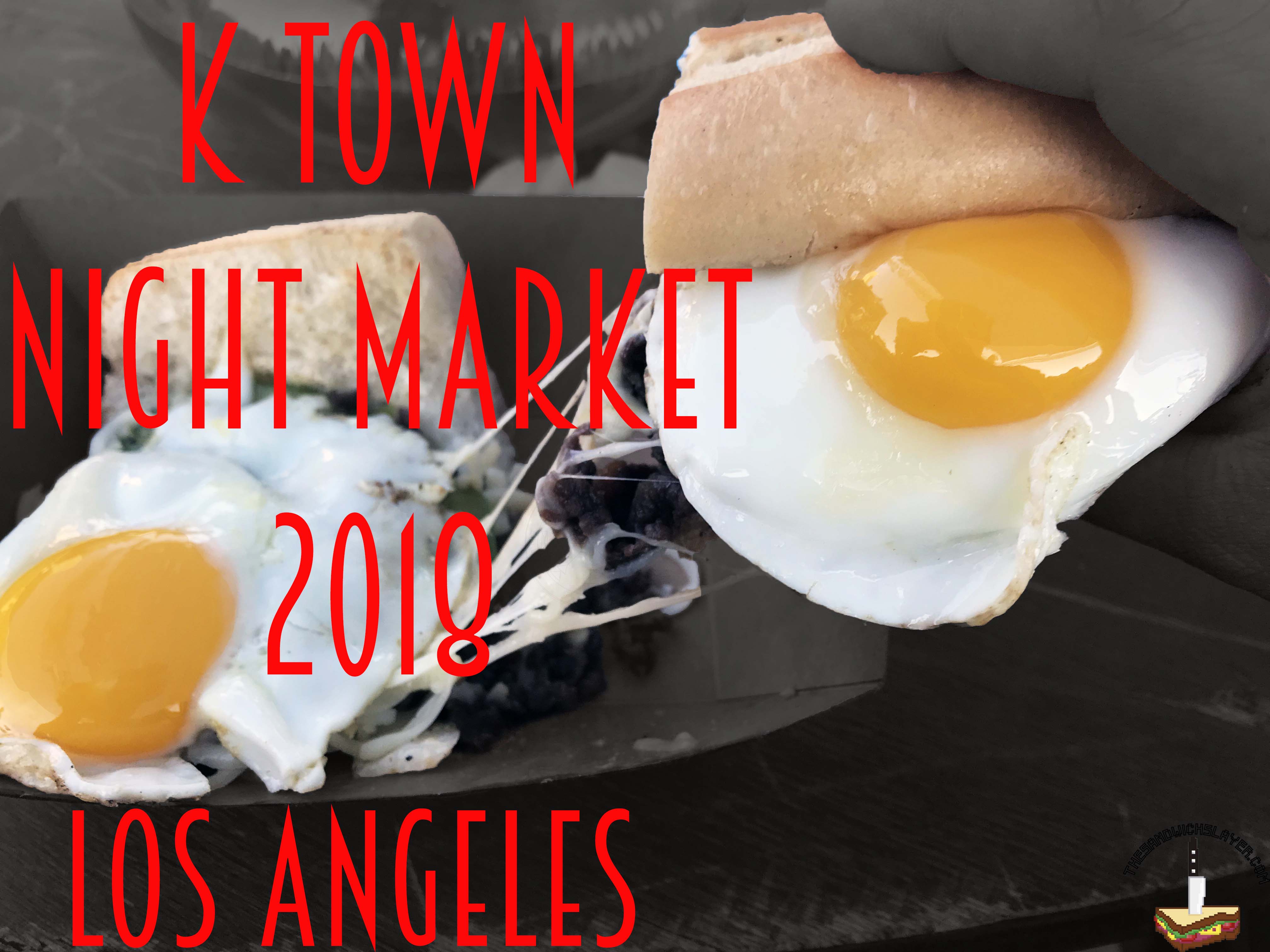 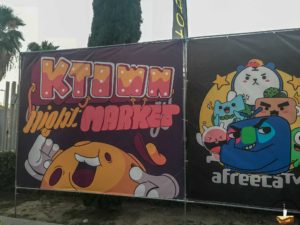 If you’ve driven in Southern California, chances are you’ve had to brave the freeways up to Los Angeles. For some, it’s a nice time to reflect on life choices and ask pertinent  existential questions:

“Why do I insist on staying at a job I hate?”

“Can I see myself spending the rest of my life with Gerry?”

“Why do people assume that I give a shit about their opinion when I’m driving behind them?” (I ask myself that when I see cars with a lot of bumper stickers)

I personally avoid driving to LA as much as possible and when I’m forced to, I’m a petulant child about it. A myriad of thoughts went through my mind while stuck in traffic on the I-405N, the most coherent being:

“Why the fuck am I driving to LA?”

When I arrived, braving the traffic didn’t seem so bad anymore. The cost of parking was a very reasonable (For L.A.) $7 and I was soon walking to the Robert F. Kennedy Community school to enjoy what the festival had to offer. There’s more to the Ktown Night market than I expected with makeup and clothing also being on display with Silk Show and BlushCon sharing the same space.

Much like other night markets in California, the KTown Night Market centers around a mix of Modern Asian cuisine and entertainment. For the very reasonable admission cost of $5 (for both days), you can explore the wares of local designers and artisans while stuffing your face full of food. Admittedly, I felt a little out of place because I don’t listen to K-pop and I don’t own a “Supreme” or “Anti Social Social Club” shirt. Luckily, the language of food brings us all together regardless of our (lack of) style. 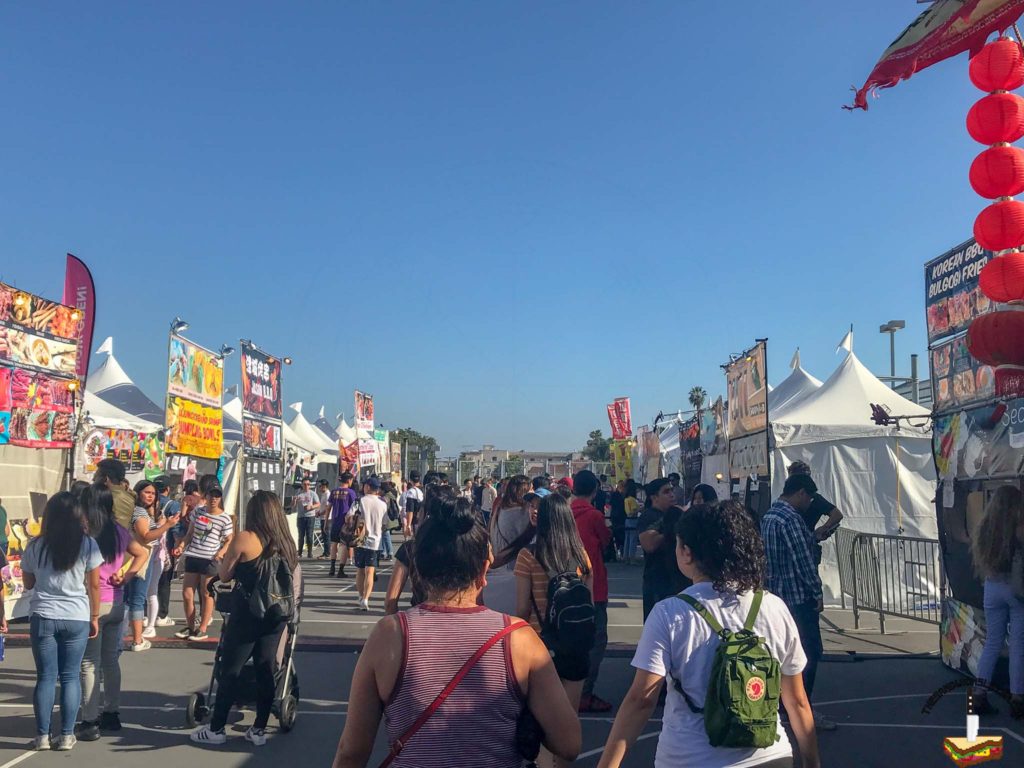 While there are plenty of modern food stalls at the Ktown night market, I love that there is also a big selection of more classic restaurants. Places that don’t need to make an instagram worthy giant rainbow colored unicorn themed dish smothered in Sriracha mayo and kim chi gastrique. For most, the prerequisite for good food is flavor, and these places more than fill that requirement regardless of “insta” worthiness:

I’ll admit that it sounds stupid, but there is something awesome about watching people cooking on the street. I would stand there, eating and watching for hours. 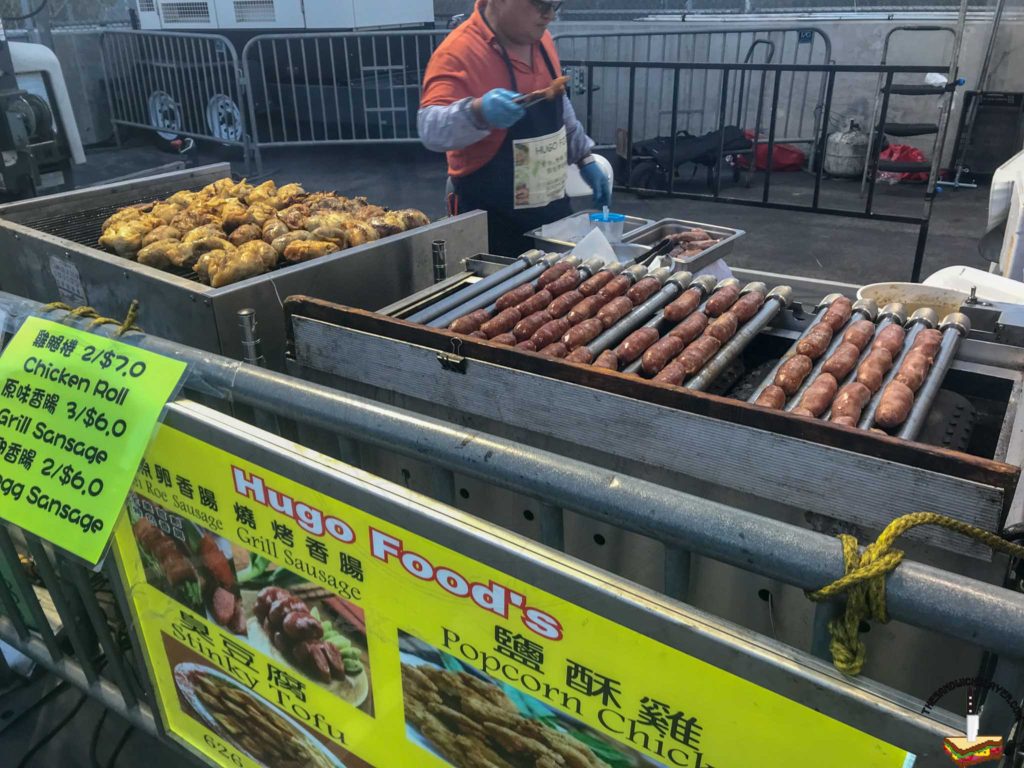 What’s a street food festival without a selection of food trucks? I didn’t spend a lot of time at the food trucks, but on the other side of the night market is a whole selection of different food trucks with an eclectic mix of genres. Enjoy everything from pizza slices to cajun food on this side!

Belly Bombz has been showing up on my social media a lot lately so I was excited to see them at the night market. They’re talent lies in Korean influences flavors mixed with some great wings, burgers, and fries. When it comes to value for money, they certainly are one of the better stalls as their portion is strong for the price.

When it comes to spice, I tend to run on the mild side. I’m a bit of a coward when it comes to the kind of heat that a lot of my friends enjoy, but I do try and partake when I can. I’ve had hot chicken one other time and I enjoyed it. I had a chance to punish myself with some hot chicken from Bred Hot Chicken and boy did it sear my tongue. They’re pretty pricey, nothing on their menu here was cheaper than $12, but it was damn good.

Well into my gluttonous rampage I realized that I hadn’t eaten many sandwiches. When I stopped hating myself for betraying my principals I went to the Seoul Street booth for their “Dirty” Bulgogi sandwich. Sweet marinated bulgogi beef cooked with melted cheese, onions, peppers, and fried eggs on a hot roll. It was like a sweet cheesesteak with egg, how can I be upset at that? The sandwich was excellent, even though the bread could’ve used some work.

Seoul Street provides the less adventurous with Korean classics like Bibimbap or Jab-chae and brings in interesting fusion like Wonton Bulgogi tacos or K BBQ quesadillas. If I wasn’t already bursting at the seams, I would’ve likely tried another menu item. 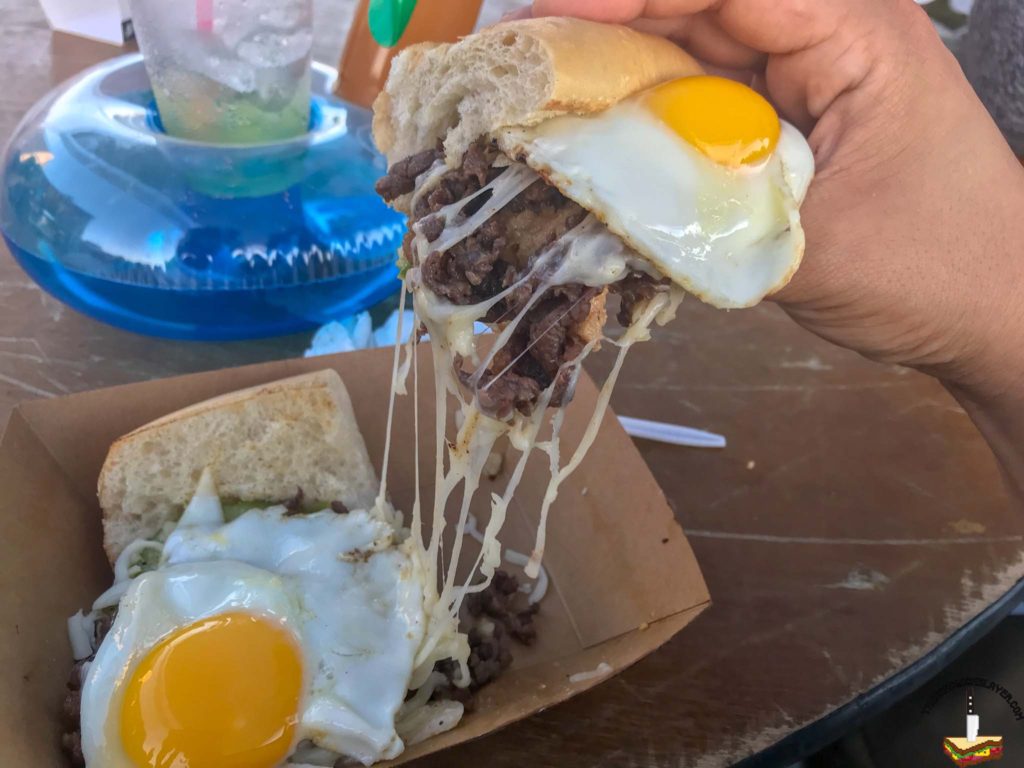 Good food doesn’t need to look interesting to be good, but let’s face it: People like their food photogenic. Social Media (and by extension, me) has built a whole online culture on odd, pretty, and appealing culinary delights. I’m not talking about classic plating like you would see at some upscale restaurant (one’s I’m not allowed to eat at), but the casual places that put soup in a football helmet for the “likes.” It’s at best a superficial practice, but damn it it’s fun.

They also sold penis shaped cakes. I think that’s a good way to end this post.

The drive may have been a little bit of a pain, but it was totally worth the experience at the Ktown Night Market. The food selection isn’t a big as the OC Night Market, but there is a bigger variety of shops and entertainment. I enjoyed the presence of more traditional foods mixed with the modern places, it kind of reminded me of eating street food in Asia. Take some time and look at all the local designers and watch the acts on stage, you’ll be pleasantly surprised at some of the talent; while you’re there, get your face contoured or whatever the kids are doing these days.

There was also an after party, but I was too full (and not cool enough) to go. 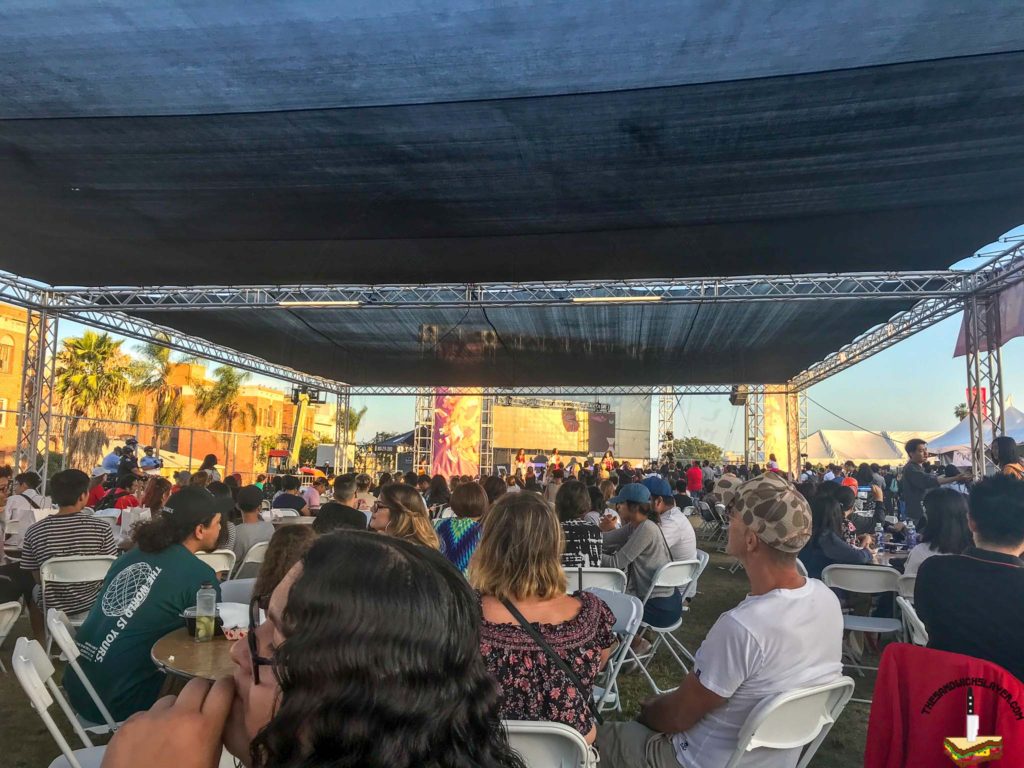