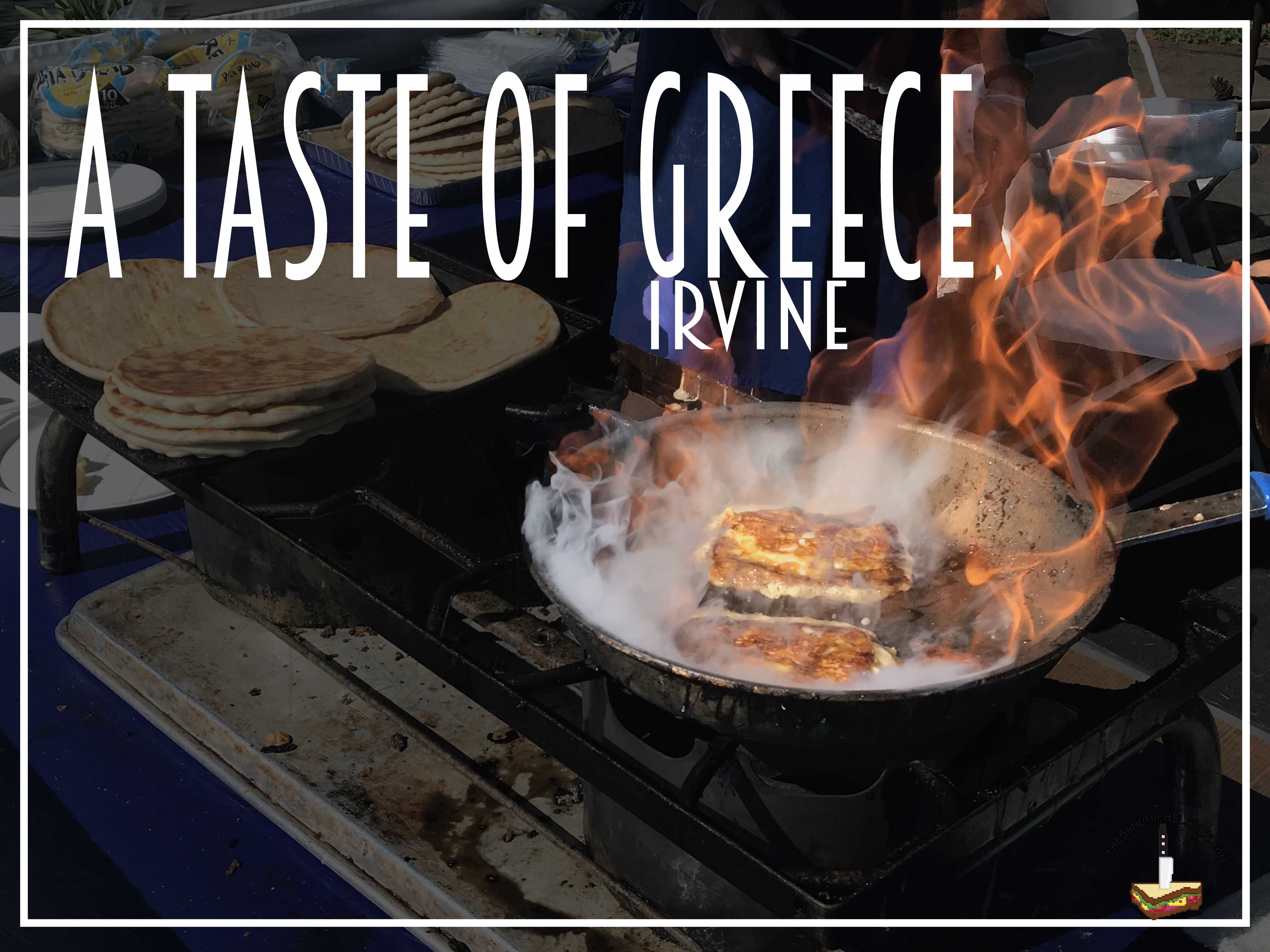 A Taste of Greece is a festival held in Irvine annually at Saint Paul’s Greek Orthodox church. It’s a smaller food festival that has church tours, a handful of craft vendors, and live music. It’s cheaper than a lot of food festivals, at $3 per person with free parking. Unlike the now popular Night Market concept, A Taste of Greece is focused on Greek cuisine (shocking, I know) made by volunteers and church attendees. 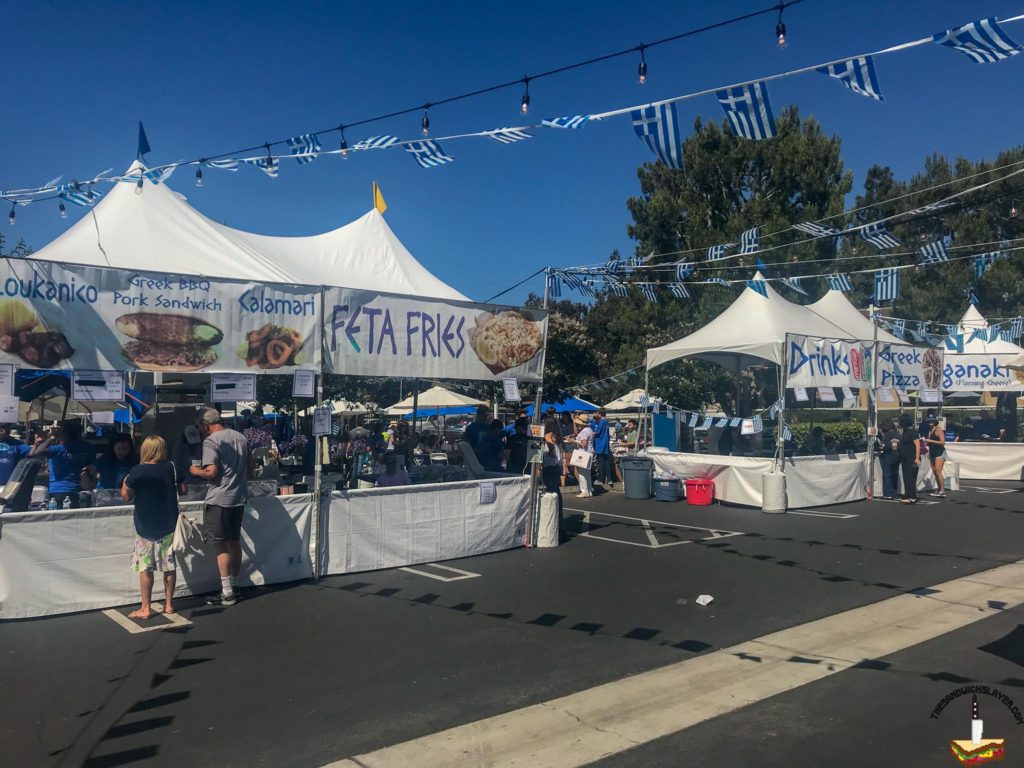 The Food from “A Taste of Greece”

I know Greek cuisine is so much more than the gyro, it’s a very common street food that can be found anywhere, but I can’t help but crave one whenever I see Greek food. When I traveled without my parents for the first time, a gyro in Athens was the first thing I ate. Suffice it to say, it has sentimental value to me. The gyros at the Taste of Greece festival isn’t slow cooked on the vertical rotisserie, it’s slices of gyro meat cooked on a flat iron grill. I can’t really say much about them other than they seemed popular. We’ll leave it at that. 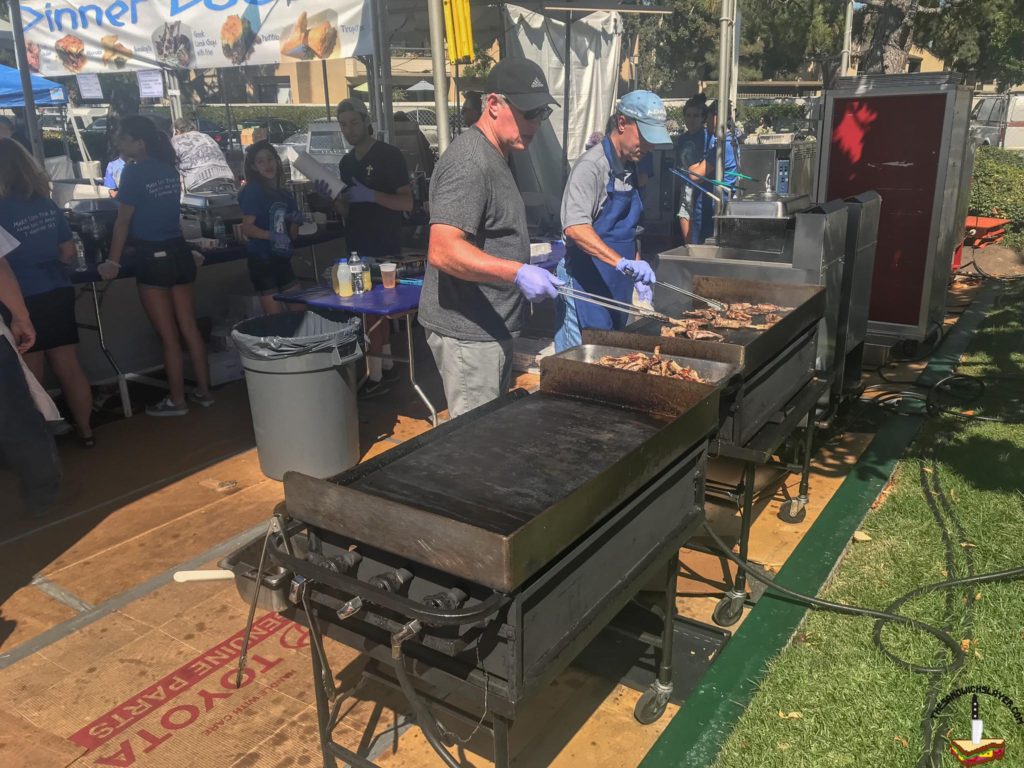 Every tent around the festival sells a couple of different Greek dishes, the dinner tent had the most eclectic selection of food. I was considering the lamb lollipops with rice, but opted for several smaller dishes instead (I also had Spanikopita (a spinach and cheese pie in flaky crust) but the photo didn’t turn out well:

Next to the dinner tent was an offering of saganaki and the death of my already waning diet. Saganaki refers to a two handled frying pan used to cook a variety of foods, but it’s most known for fried cheese. They used a regular pan, but who am I to nit pick? it’s fried cheese. They start with melted butter in a hot pan with an egg washed block of cheese. As the cheese begins to melt, brandy is added and the flames of Prometheus roar in the pan. The cheese is finally finished with a squeeze of lemon juice and served on hot pita bread: 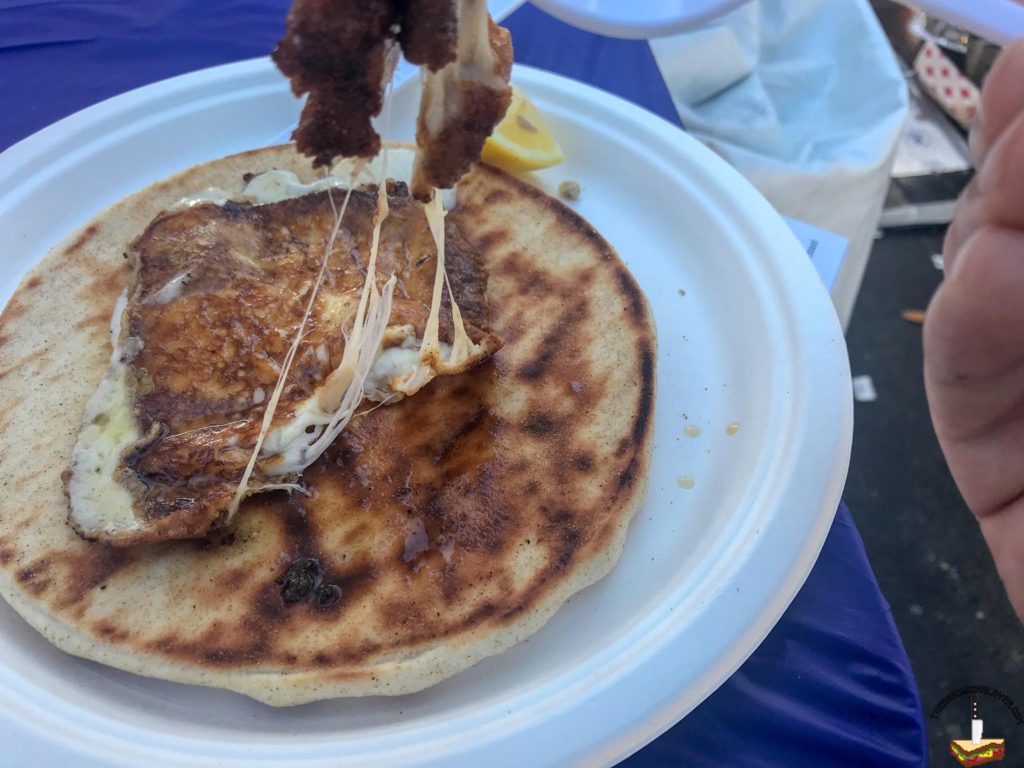 Loukoumades are Greek donuts covered in a honey syrup and cinnamon. I originally wanted to try the “Baklava milkshake” that was being offered, but it was sold out and I happily moved onto these. These little donuts were very popular and there was a wait as the cook frantically worked the batter and fryer. If you ever find yourself at the Taste of Greece Festival, don’t sleep on these, they’re worth the wait.

The little crispy dough mixed with honey and cinnamon was a perfect way to end my day trip through OC Greece. You don’t need more than a couple of hours to enjoy the Taste of Greece festival, but the price is worth a weekend afternoon. Enjoy the live music, partake in a little bit of wine, and indulge in some Grecian delights, what can be better than that?