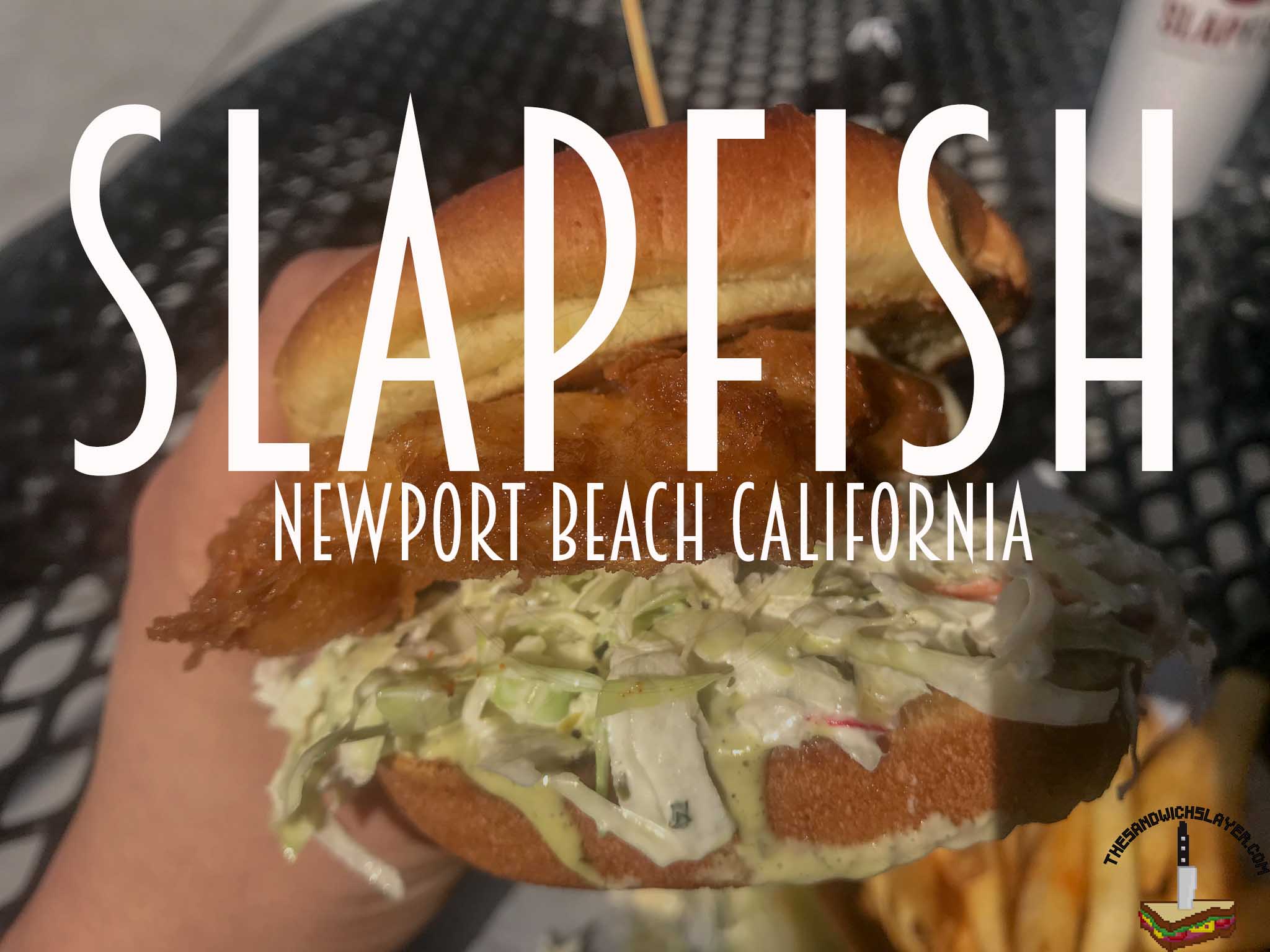 When I first heard the name “Slapfish,” I didn’t think it was a restaurant. It sounds like one of those crazy Youtube challenges the children are recording these days (which is an interesting argument for Darwinism methinks). Fortunately, Slapfish isn’t a game where a good-looking doofus slaps someone with a living haddock, but a seafood franchise in Newport Beach (among other locations) 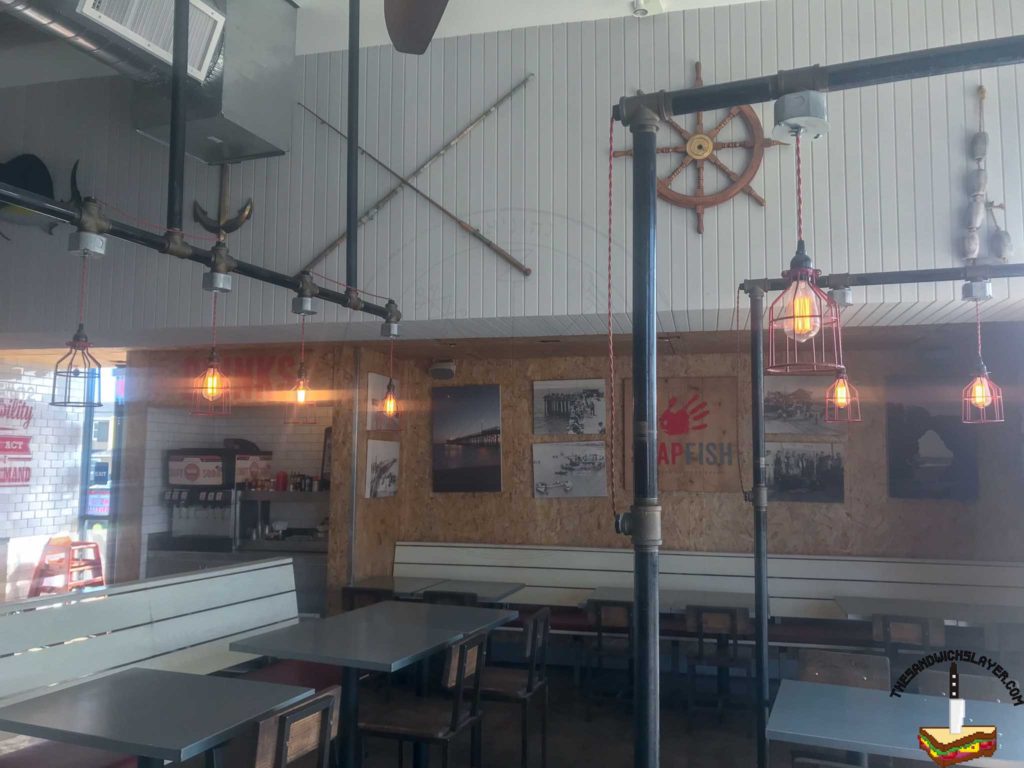 The bun is lightly grilled with a buttery finish. The texture is a little thick and adds substance to lighter seafood fare.

With crispy edges and flaky texture, the fish truly was the star of this sandwich. Because fish can be mild in flavor a lot of restaurants make a batter that overpowers the best parts of the fish; Slapfish does a good job of keeping it center stage. The creamy slaw was a nice touch with sliced radish in it.

I haven’t met a tartar sauce that I didn’t like and this is no exception. It was applied conservatively, so the sandwich wasn’t drowning in sauce or trickle down economics. I appreciated that, it allowed for the fish to shine through even after a squeeze of lemon and malt vinegar.

At $9, the Dagwood is one of the cheapest things on the menu. The portion is good and it comes with fries so you won’t go hungry. If you want to spend a little more, check out their ever changing fresh fish menu ($12) for some nice variety. For those who are in a mood for something fancier, their selection of lobster dishes are also reasonable and generous; At $15 it’s not bad, considering I paid $31 for the last lobster roll I had. Want to save a couple of buck? check out their happy hour (3-5 PM everyday) 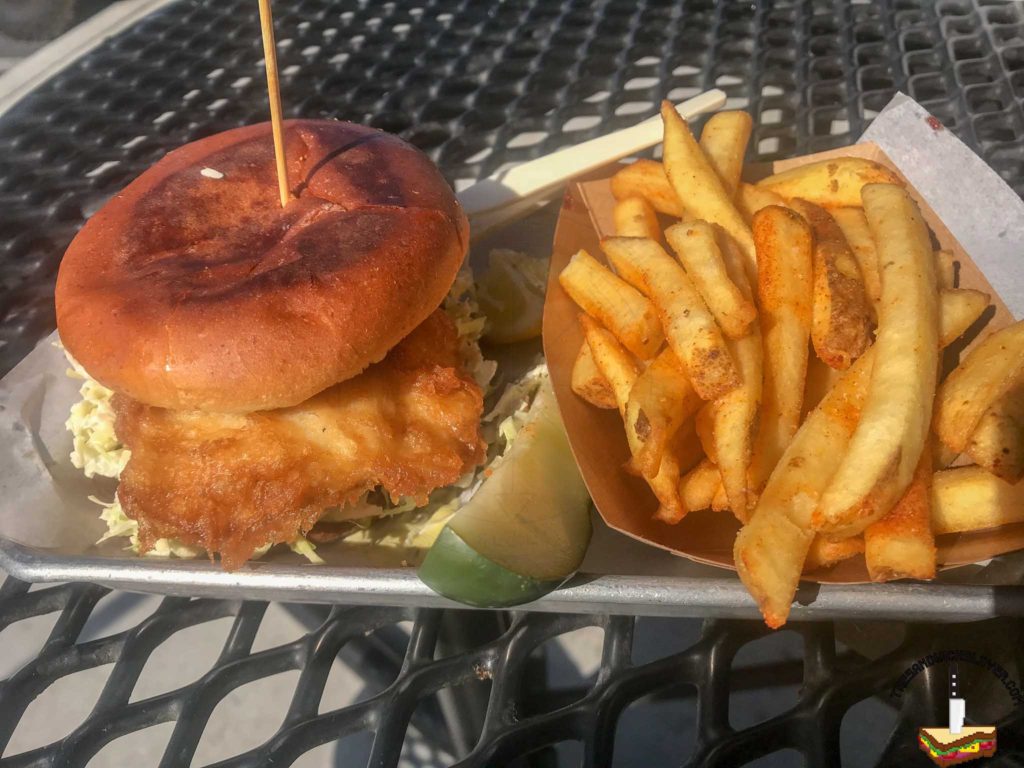 Confusing names are a theme in this post because I always thought Dagwoods were comically large sandwiches with a ton of ingredients. Either way, Slapfish has done a good job of making seafood affordable and fast. Affordable seafood restaurants are becoming more popular in Orange County and I couldn’t be happier about it. It’s nice to know that you can enjoy the bountiful gifts of Poseidon without paying $20 at a sit down restaurant or sacrificing a bull to the ocean. 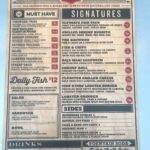