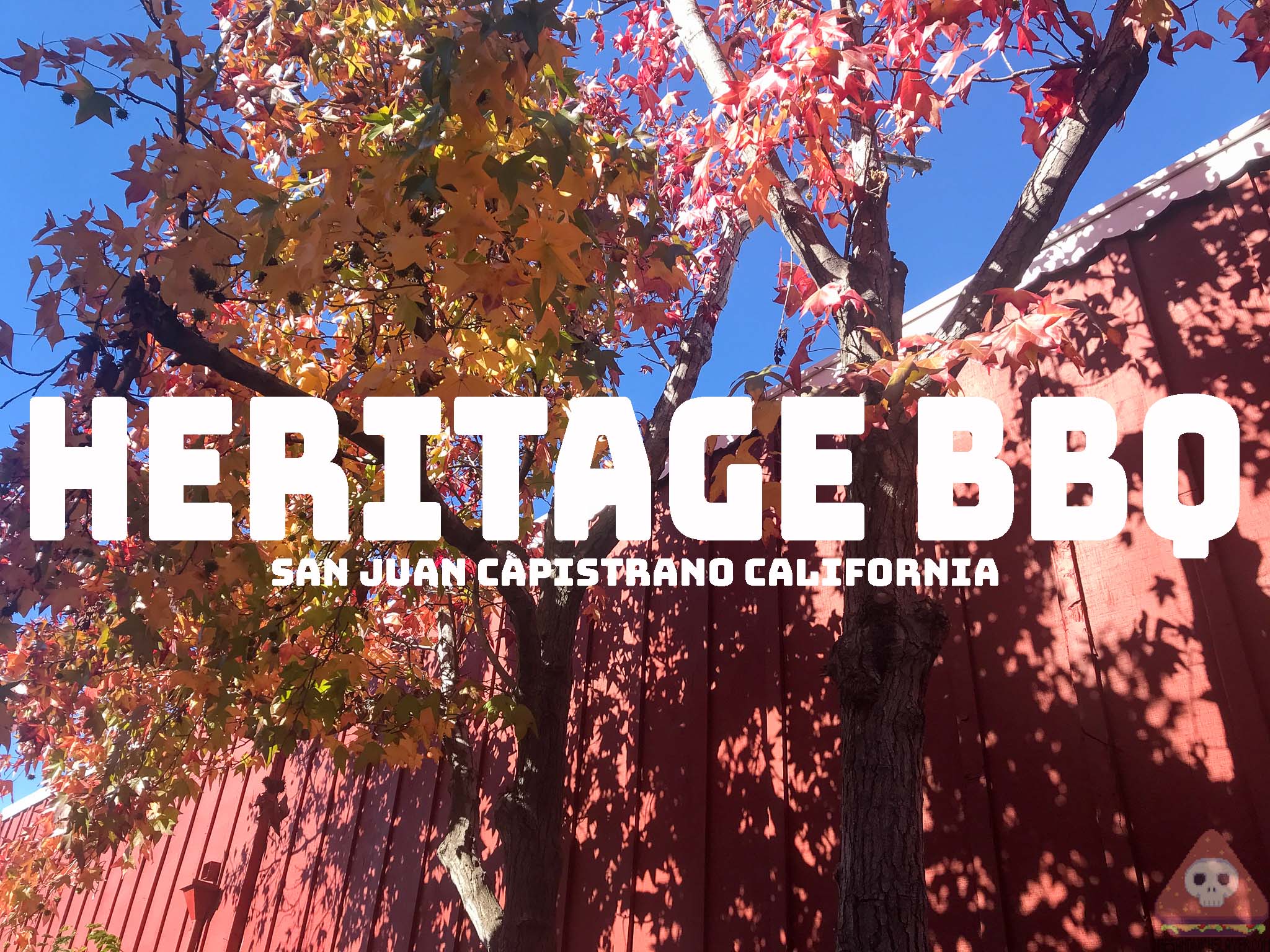 The year is ending and most of us are ready to set fire to the dumpster that is 2020 and walk away. I for one am looking forward to the future and the new restaurants that will open in 2021. It won’t be easy from anyone to recover from all of this, but slow progress is still progress nonetheless. Heritage BBQ has had a strong 2020, going from a food truck to a brick and mortar restaurant in San Juan Capistrano in August. Despite the ongoing changes of dining restrictions in Orange County, Heritage BBQ seems to be doing well, sometimes selling out and having lines going down the street.

Heritage BBQ doesn’t actually make a sandwich, it sells it’s meat by weight and sides al la carte. They do have all the ingredients to make a damn good sandwich though, so I paid a little extra and made my own. This may seem like an extra step, but I’d like to think that it is an homage to Heritage’s Central Texas roots.

Most BBQ places put effort into their cornbread, but not many bother with anything else. You’ll usually find a couple of slice of super market sliced with bread or a regular white bun. Heritage BBQ uses large slices of thick potato bread that soak up fat quite nicely. The crust is surprisingly crisp while the crumb is soft and billowy. It’s a good sturdy bread for the smoky BBQ flavors.

Of the two proteins that I ordered, I preferred the beef brisket over pulled pork. I guess it’s no surprise, because beef is the king of Texas BBQ. With a mild smoke and beautifully caramelized crust, the brisket was nicely seasoned with a moist texture that flakes away beautifully. It’s easily one of my favorite briskets in OC so far.

The pulled pork was also good with a fatty and soft texture. Like the brisket, there was a surprisingly generous amount of caramelized crust. It’s my favorite part of both proteins, because you get all the seasoning and crispy texture.

It’s been my experience with most Texas-style BBQ that the sauce isn’t as sweet or thick as Kansas city style. Heritage’s sauce deviates from it’s central Texas roots with a sweeter BBQ sauce, it’s very good but really not a necessity with the brisket. It works better with the pulled pork, the naturally sweetness of pork works well with it.

The Mustard that I was given was a revelation in the sandwich. It’s mild tang and slight grit from mustard seed is a great compliment to the fatty meats. I especially love it as a way to enhance the flavors of the bread and pickled onion.

I love BBQ, but it gets pricey. I don’t mind paying for it once in awhile, the amount of time and cost it takes to prepare and smoke meat is worth the price. Heritage BBQ, true to it’s central Texas roots sells it’s meat by weight. At roughly $14 for every 1/2lb of meat without sides or accoutrements, your meal may get expensive. This is one of those meals where you’ll get so much more out of sharing with your friends. The food I ordered (which fed me the whole day) was about $35, for meat, bread, and pickles.

BBQ is finding it’s way into Orange County and I am so excited to see where it goes. Heritage seems to be the king in OC right now, but there is a whole culture of meat smokers waiting at the wing to show what they’ve got. 2021 may be my year of BBQ sandwiches.