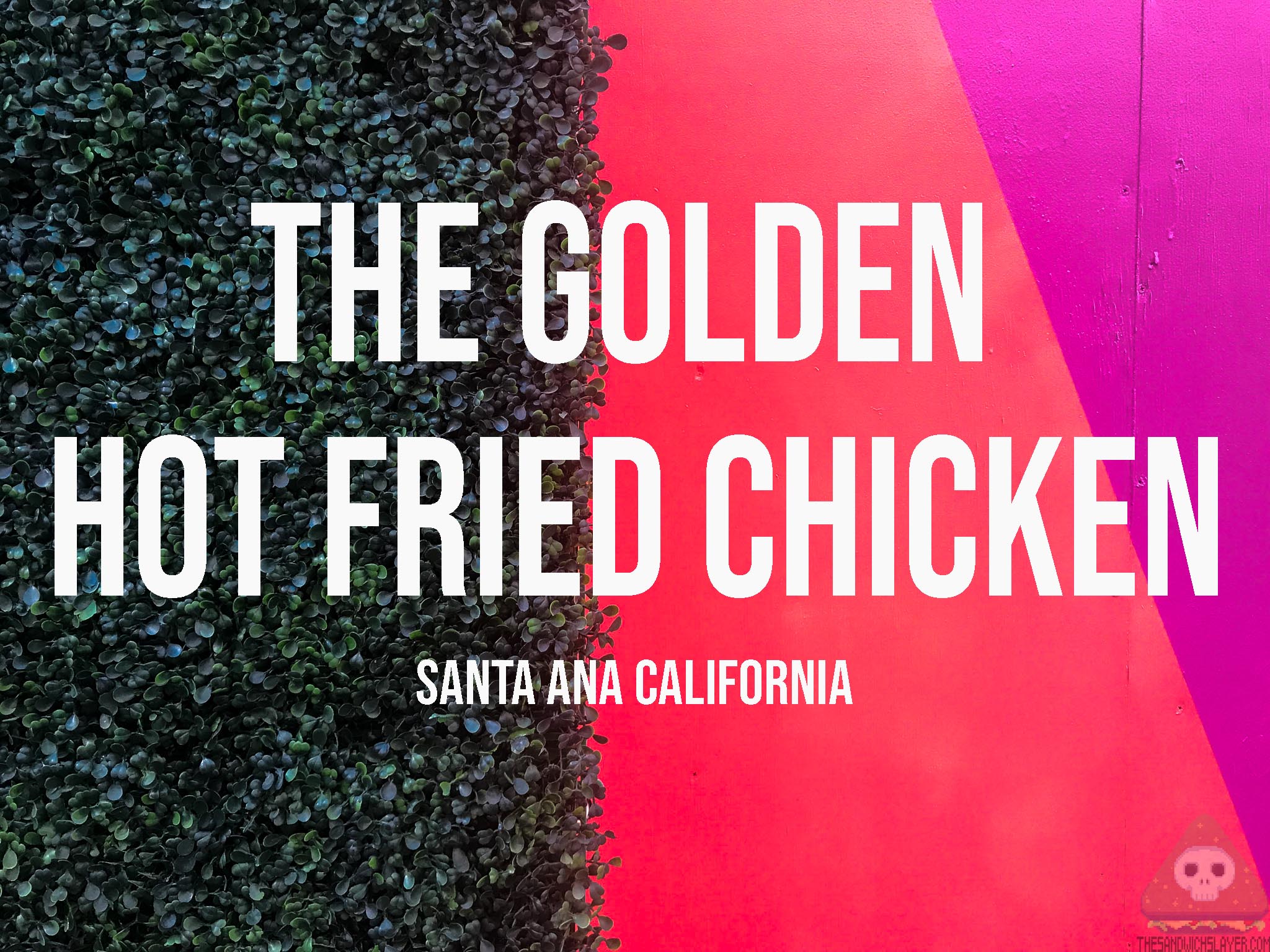 One of my favorite food halls in Orange County is the 4th street market in Downtown Santa Ana. It’s a little hard to write about the food stalls there because they’re constantly changing, but every so often you get a place worth writing about. The Golden Hot Fried Chicken is an unwieldy name for a restaurant, but it does describe what they do well.

It’s hard to determine how long The Golden Hot Fried Chicken will stay in the 4th street market, so I suggest you try it soon. Don’t fret if it’s gone though, the food stalls at 4SM are all pretty solid.

With a slightly sweet flavor and light buttery glaze the bun used by GHFC is good fit for it’s chicken. The texture is soft and untoasted; It works well with the thick and crispy tenders. One thing that makes Golden Hot Fried Chicken a little different from other chicken places is their use of grilled cheese on the bun. It’s caramelized mozzarella grill directly on the flat iron, creating a layer that keeps the bun dry. I was intrigued by this.

The tenders at Golden Hot Fried Chicken have a thick batter and a well balanced spice. I was surprised how crispy the tenders were even when covered in glaze and sauce. The cheese layers don’t really add much flavor because there is so much going on, but it does make the sandwich a lot heavier. GHFC’s homemade coleslaw is very wet with a lot of dressing and bits of kale in it. I thought that it would be sweeter, but the slaw ended up being quite mild. You pickle lovers may be disappointed, because their flavor got lost in all the sauce.

This was one of the messiest and sauciest hot chicken sandwiches I’ve had so far. The glaze was spicy but not burning, probably because I ordered mild. Punishing spice isn’t really my thing, so I was happy with the balance. The Golden Hot Fried Chicken’s housemade comeback sauce is packed on the sandwich, like the coleslaw, it is VERY creamy. It goes against everything that I stand for, but you may want to consider a fork and knife if they dress your sandwich the way they dressed mine.

I thought the comeback sauce would have more spice to it, but I was surprised that it had more of a tanginess to it. There is a little kick to it, but I can see this sauce really mellowing out the chicken’s spices.

I’m not gonna lie, whenever I eat at the 4th Street market, I just assume that I’m going to pay a little more. The Golden Hot Fried Chicken Sando combo is expensive, but the portion is strong enough for the price. You could do a lot worse for $16 than the sandwich, a drink, and potato wedges.