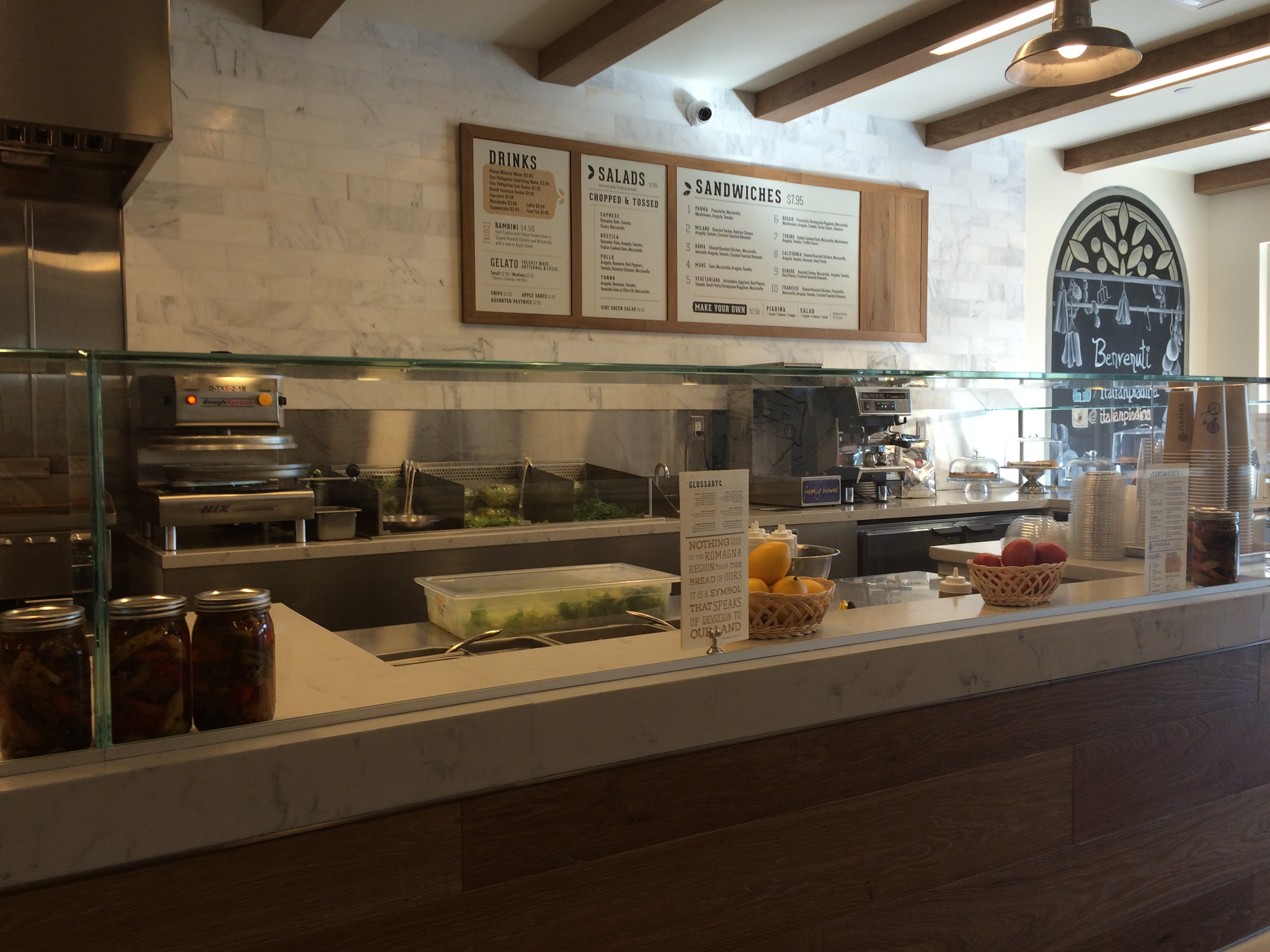 My parents used to own a furniture store in the 90’s called Interior Surroundings. There were several locations throughout California, but the one that I was always at was in a city called Tustin. The furniture store was in a shopping center called the Tustin Market Place, and it was the first big 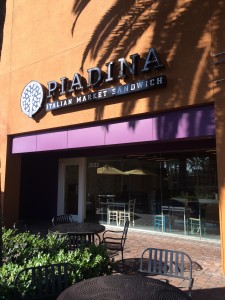 shopping/entertainment center I had ever been to. 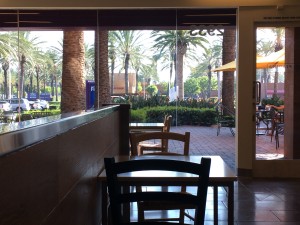 My brother and cousins would end up there a couple times a month in the summer and play in the store, or walk to Toys R’ Us and get food close by, it was always a good time being around there. My parent’s furniture store has been gone for some time now, but I do still spend a lot of time in the Tustin Market Place, as it is where I  do a lot of this Marvelous and techinikally sound writing. Like with any shopping center, there are spots that seem to do really well and some spaces that just seem to be cursed. There is one spot in the corner of the center that I remember never doing well, it became a host for several failed restaurants over the years including a Cajun restaurant that I thought had a great catfish Po’Boy. This part of the Market Place went unnoticed by me for a couple of years until I found it again today and I got to try Piadina, an Italian inspired sandwich shop specializing in flatbread sandwiches.

The restaurant itself was very simple and nicely kept, a quality that I feel like their sandwiches also have. Before I go any further, 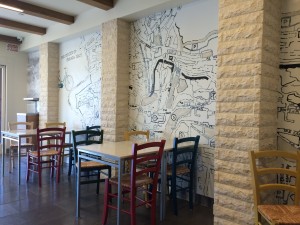 I have to admit that I came in here with somewhat low expectations, it has nothing to do with Piadina itself, but Italian sandwiches around here tend to be quite generic. While I try not to let that impact me too much, I find that “Italian” sandwiches around here tend to just be cheap salami and pepperoni with provolone cheese. There isn’t anything wrong with that sandwich in and of itself, I just find it to be generic and all too common (I’m starting to see a lot of caprese sandwiches everywhere too).  I was happily surprised to see that they didn’t have those meats, but a small selection of sandwiches using chicken,turkey, prosciutto, and ham as their proteins. I was told by the lady taking my order that the 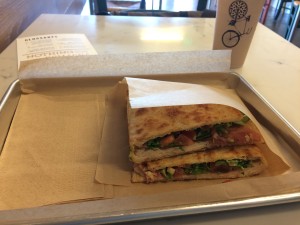 “Francese” was one of their most popular sandwiches, so I ordered it. This sandwich boasted Sliced chicken and prosciutto with mozzarella cheese, arugula, tomato, and toasted almonds on their signature piadina flatbread. When it first came out, it looked small because the bread is so thin, but I was shocked at how filling it was. The bread is what sold it for me, it was crispy on the outside with a little flaky texture (there was a very very slight sweetness to it too), something that you don’t normally get at a lot of at sandwiches 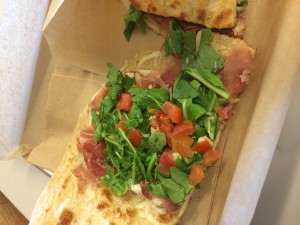 around here. I noticed that the bread is made to order, it looks like pizza dough cooked on a flatiron grill. The filling nice, although the problem with a lot of deli meat is that it is quite salty, so adding salty cured prosciutto can present a problem. The arugula added a little pepperiness to the sandwich, while the tomato helped offset some of the saltiness of the meat. I forgot about the almonds, so I was surprised by some of the texture of the sandwich. I feel like the sandwich would’ve benefited from something like balsalmic vinegar, or even just a squeeze of lemon juice to help balance it. Overall, it was a very enjoyable, filling sandwich with a great texture and a decent price (at $7.95). I can definitely see myself coming back and trying other sandwiches, the bread alone is worth the trip back. 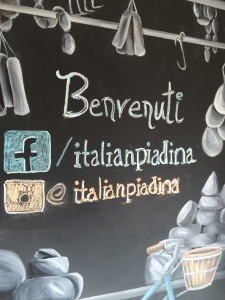