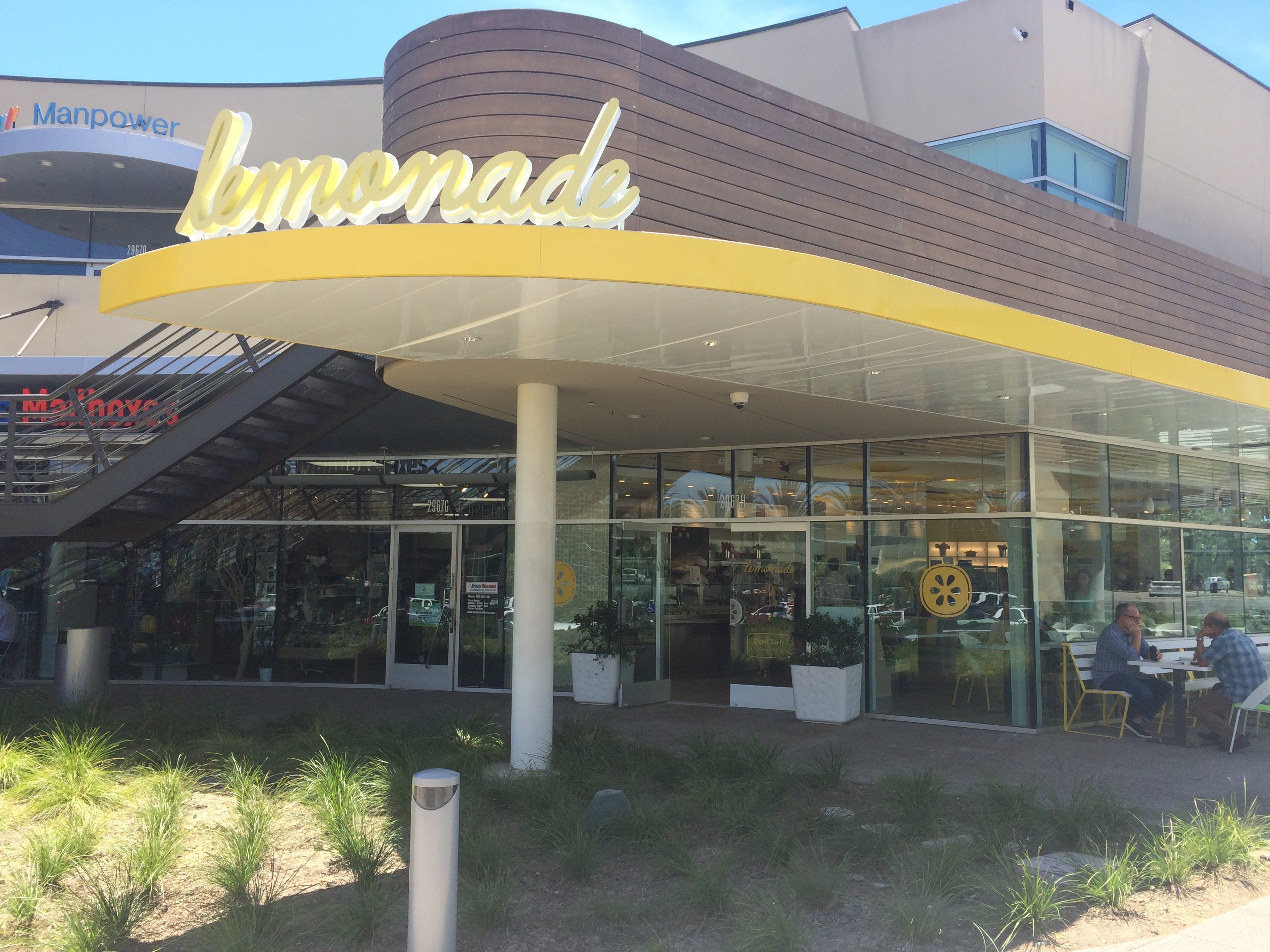 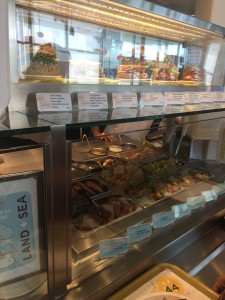 driving around the U.C.I campus the other day, trying to observe the behaviors of Asian University students (because I’m an Anthropologist, and I need to brush up on my “Asianess”) and going to a comic shop nearby. It know it sounds weird, but I do miss going to school, not so much because of the classes, but because of the energy of any college campus. There is a lot of learning and self discovery going on with young ambitious minds, it makes for some powerful inspiration and people watching. My best friend Ali also works there, he tells me he’s going through the PhD program while teaching and being the foremost scholar in Middle Eastern history, but I keep having a sneaking suspicion that it’s like a Good Will Hunting situation, where he mops the floors and solves really hard history questions randomly jotted on chalk boards while calling people out for regurgitating Gordon Wood. 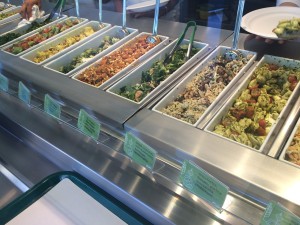 away with an upscale cafeteria restaurant called “Lemonade.” I was thoroughly intrigued by the concept, you enter with a tray and you choose from a huge selection of salads and other foods and they put it on your plate. It really was like a school cafeteria, without the faint stink of desperation and anxiety. Each bit 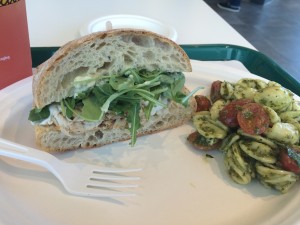 of food adds a couple of dollars to you final bill, with you paying at the end of the line. Of course there was also  a very nice selection of house made lemonades for you to choose from. When I walked in, I was greeted by a large line of several different deli style salads, everything from an Orecchiette past salad with mozzarella to couscous with cherries and pistachio. Each portion cost $2.75 and they added it to your plate, as you go down the line there is a whole plethora of different style foods, ranging from braised meats and baked proteins to flatbreads and desserts. I found myself in the part of the line where Sandwiches were served (imagine that) and I struggled to find the one that I wanted to try the most, I was on a time crunch because there were hungry people behind me in line (I don’t do well under pressure). I ended up with herb grilled chicken, mozzarella, basil pesto, with arugula on toasted ciabatta. It wasn’t a huge sandwich, but it was very satisfying. The bread was sturdy and crispy, it provided a good canvas on which the pesto could shine. One problem with a lot of sauces is that they tend to overpower the rest of the dish, but I found that there was a good harmony here, I could taste the herbs and chicken, the cheese provided a texture that gave a nice variation to the thick and crusty ciabatta.

I wish I was hungrier at the time, because I would’ve tried a lot more, but I was very happy with my meal 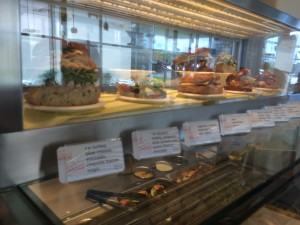 and the restaurant itself. It to The variety of the food there is admirable, and from what I saw and tasted there was an understanding of how seasonality of ingredients and flavor pairings play a huge role in their menu. I have always been a huge fan of cuisine that takes things that are considered “cheap” and mundane and turn them into something more, and while I think a lot of the things provided here are nothing revolutionary they do it with understanding and deference to the food. The restaurant itself is built on the idea of taking something that is otherwise mundane (like a cafeteria) and turning it into something with character and flavor. With a fairly decent price, and a huge variety to fit many tastes, I think you would be hard pressed to find something here that you didn’t like. I’m definitely going back with friends, and we’re going to try EVERYTHING. By the way, I had the Watermelon Rosemary lemonade, it was okay 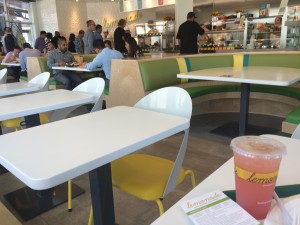 I may take a break from insta, but my sandwich game never does.
One can never underestimate the power of meat and cheese 🧀 🍖 it just makes it perfect when being hugged by ciabatta bread and caressed with tapenade. 👌
Some of the (massive) order @andrewjohnle and I ordered at @heritagebarbecue when they did their Viet/TX BBQ fusion. Brisket banh mi, burnt ends curry 🍛 , pulled pork banh Xeo, and brisket pho 🍜
Chicken pesto sandwiche meals🥪 can sound boring, until you start grilling your bread in parmesan cheese and start adding feta cheese to your fries. Smart move 👍
Always inspired and still learning from the greats. #RIP
There are burgers 🍔 and there’s a burger from @elbrewjo, beautifully smash patties with caramelized edges with the usual suspects finished with their signature spicy sauce. I’d follow that sizzle to the ends of the earth. Follow @elbrewjo to find out where they pop up next. 🔥