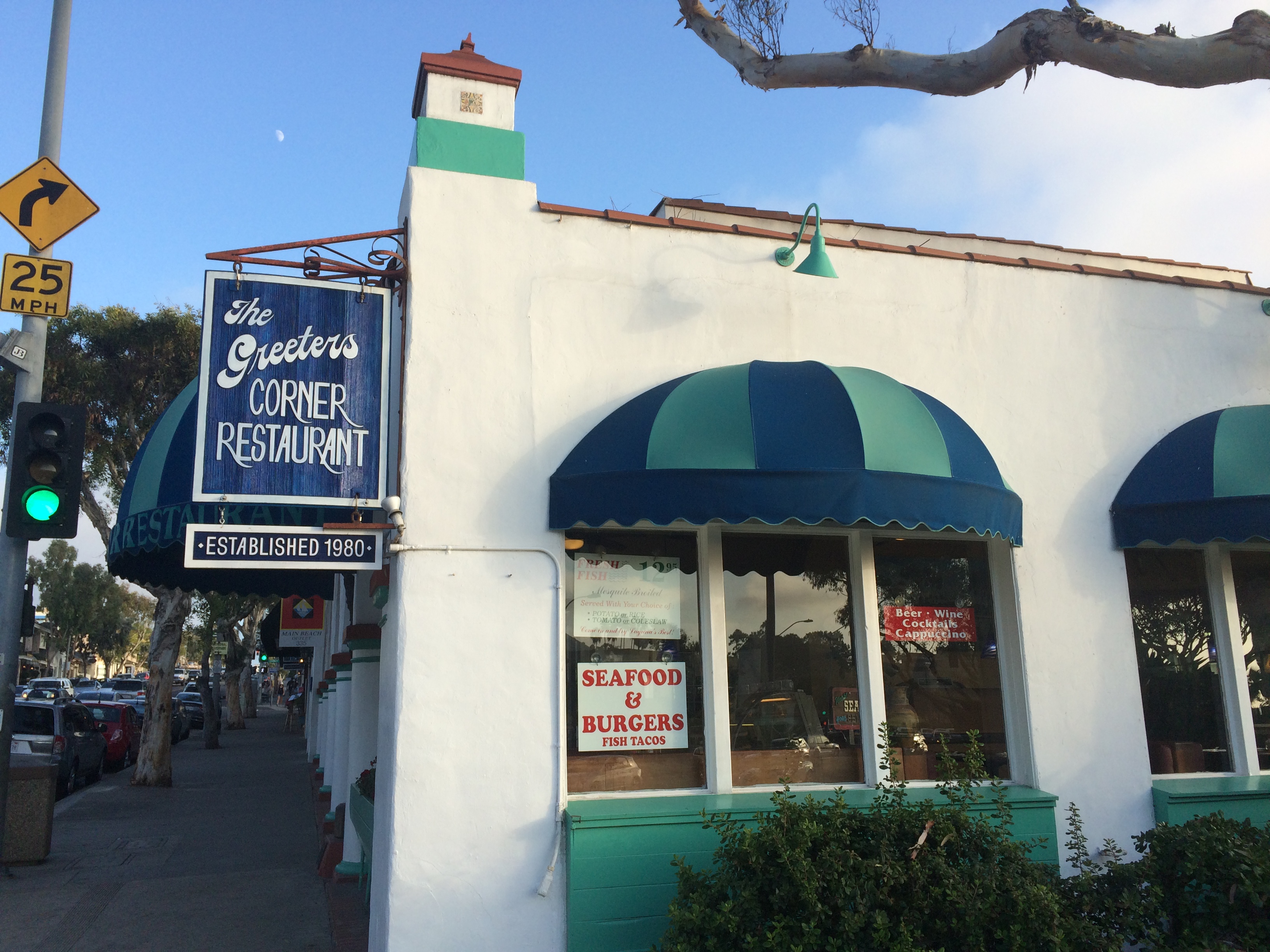 I work at a resort in a coastal California town named Laguna Beach. It’s a beautiful area with lots of artists, interesting food spots, and bars to experience for about 9 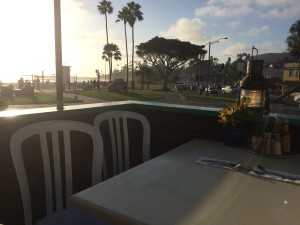 months out of the year. The other 3 months are filled with chaos because of the influx of tourism during the summer months and it can be quite a burden for some of the residence of this otherwise laid back city. Don’t get me wrong, 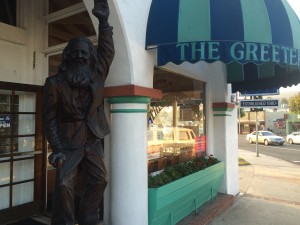 tourism is great, it brings money into the community and also allows for thoughtful interaction with other cultures and people, but damn it all the parking is a pain in the ass! But now since the summer is over and Laguna Beach has become a little quieter I get to enjoy the last couple of weeks of warm weather on the beach and try some restaurants downtown without all the people around (this is the sweet spot of the year for a lot of locals). Across the street from a gelato shop that I used to go to is a place called The Greeter’s Corner, a compact restaurant with an amazing patio view of the coast and a rich story to tell connected with some local legends. The statue out front is of Eiler Larson, the official greeter of the city of Laguna Beach, who for 40 years waved and smiled at all who passed by (hopefully not in a creepy way). He is a staple of the town’s culture and I urge anyone who is interested to find out more here.

Upon first look at the menu it looked like a pretty standard fish restaurant, where you have several seafood options that get served with coleslaw, fries, a lemon wedge, and tartar sauce. The selection of sandwiches was nice, there was nothing that was particularly unique but I figured the salmon sandwich would be the way to go.To be completely honest with you there isn’t a whole lot about this sandwich that I can really say other than it was a simple preparation 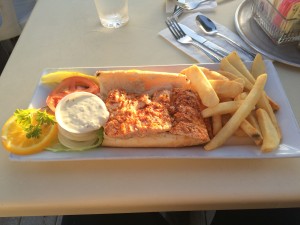 that came out the way I expected it to. The salmon was very nicely cooked and tasted quite nice, although the sandwich as a whole was a bit uninspired. It came with lettuce, tomato, onion, citrus, and tartar sauce, the standard accoutrements of any seafood restaurant. The meal all in all made me full and it was competently executed with no issue. I will say that the one thing that was a bit disheartening was that I paid almost $18 for the sandwich, and while I understand that salmon is not a cheap dish in most restaurants I was hoping that maybe there was more to it than I got. At the end of the day, I think the price is more reflected on the environment moreso than the food, which in it’s own right adds a certain flavor to the meal. Would I go back again? likely not, not because of any quality issue, but only because I feel like I know what the food is going to be like looking at the menu and trying this sandwich (I maybe wrong, but that’s my impression). I would tell people to come here if they’re looking for something that is straight forward and uncomplicated and a really nice sunset view. There are TONS of places in downtown Laguna with unique menus and ideas, this place is great for anyone who just wants a solid meal.