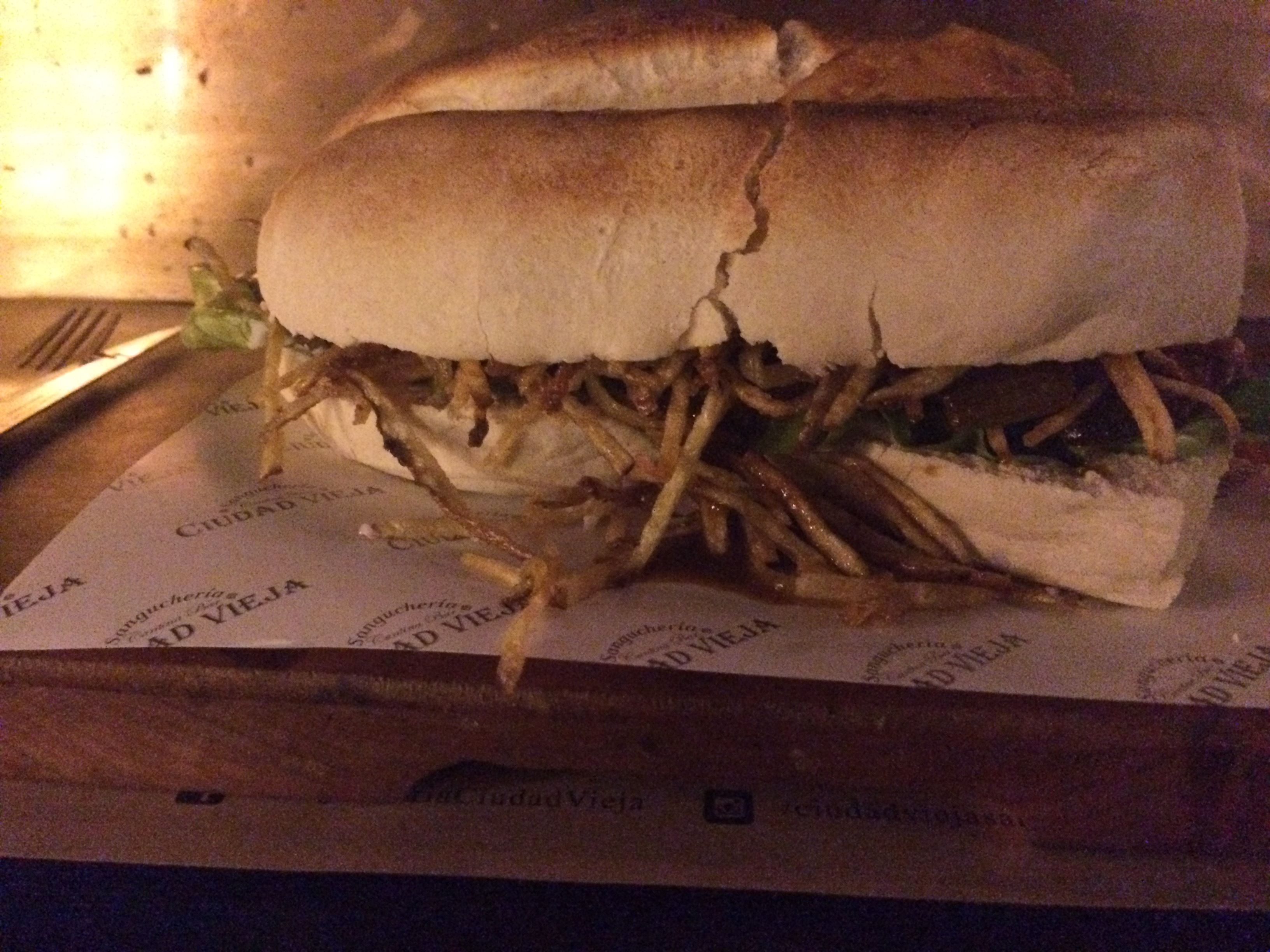 I really lucked out when it came time to choose my hostel in Santiago. I went with one of the most fairly priced and and highest rated hostels on hostelworld.com and it turned out to be great, because I am a block away from what I think was my favorite sandwich places in South America so far: “Ciudad Vieja”. 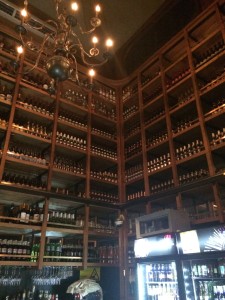 The suggestion actually came from a friend of a friend who is living in Santiago, and it was one of the first restaurants that he had told me to try. Within the Barrio Bellevista you can find tons of really nice restaurants of varying themes, but not many that focus solely on 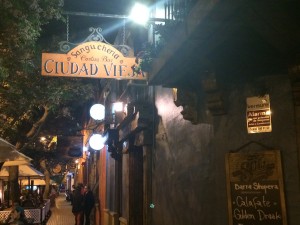 sandwiches. I went in for dinner on a Thursday night and the restaurant was so packed that I ended up sitting at the bar. It was quite nice, I found the bar to be very impressive and the food passing me by enticing. I don’t remember what I initially ordered, but the bartender suggested that I go a different route. With my broken Spanish and limited understanding I entrusted him and just went with whatever he thought was best. It was a smart decision because I got the best sandwich I’ve eaten in South America (looking back, Ciudad Vieja maybe one of the best sandwich places I’ve been to ever) so far. The Sandwich was called: Mechada de la Vieja and the description read:

Because I didn’t know what I was getting, I didn’t really get a chance to try and translate the menu description while I was waiting.
The restaurants in Barrio Bellevista tend to be more expensive that other parts of Santiago, as the area is a little more upscale and has established quite a bit of tourist traffic. The sandwich cost $6,600clp (about $9.50 usd) but once again, the portion was something to be marveled at. I have yet to have a meal in Chile that I didn’t have to plan my strategy of attack to get through it, and the prices still aren’t too bad compared to California’s standards. When the sandwich came out, the first thing that I thought was “I’m going to pass out on my walk back to the hostel” followed by “God, how much am I going to sweat eating this beast?” If I had to describe this sandwich in one word it would be indulgent. Mechada cocida is braised beef, slowly stewed in it’s own fat and immensely tender. Under the meat I was pleasantly surprised by lots of asparagus spears making an appearance, it added a nice break from all the meat and potato in the sandwich. There was a gravy that was on top of the meat, from what I can assume 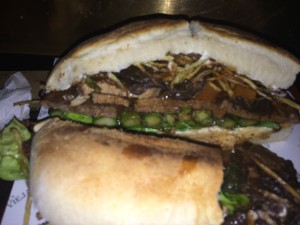 is the salsa de tomate casero that was also quite rich. I think mayo comes standard on every sandwich in Chile, because I have yet to have one that hasn’t had a bunch of mayo slathered onto it, even if it doesn’t seem to do much for the meal. The sandwich was finished with fried shoe string potatoes, lettuce, and potato wedges on the side. This was one of those giant family dinners stuffed between bread, and I once again, was defeated by the portions. It just got to the point where I was still eating because I enjoyed the flavor so much against the hollering of my stomach and mind. I haven’t been a huge fan of Chilean bread, but this one was really nice because it had a great toast on it (something I haven’t had much of since I got here) and the crispiness was a nice addition to the thick and decadent Mechada. One thing is for sure, if you ever end up in Chile (especially at Ciudad Vieja), you’ll never go hungry.