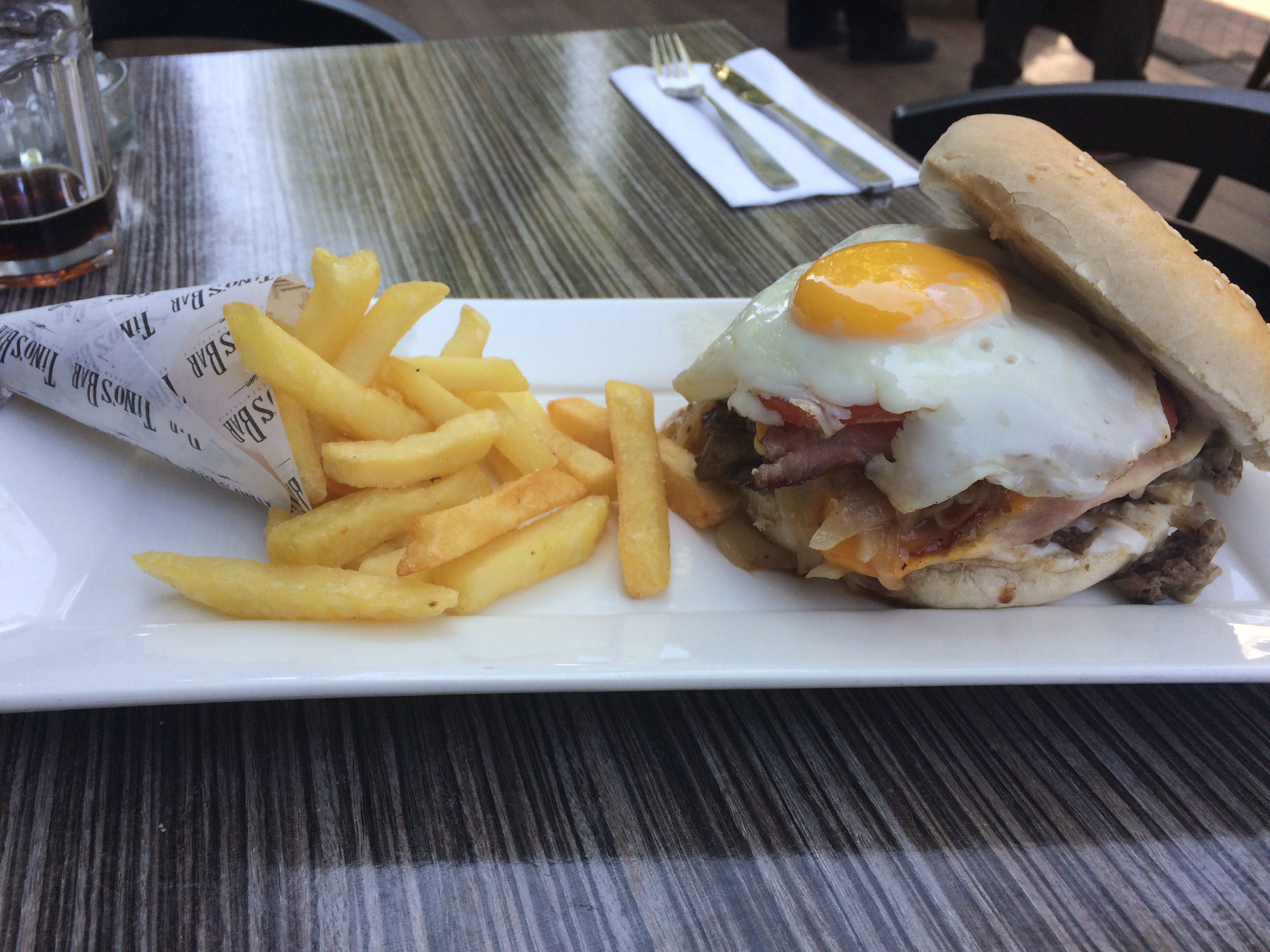 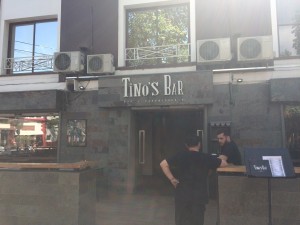 not only leads to Pablo Neruda’s house La Chascona but is also filled with bars, clubs, and restaurants. I was a little reticent to try “Tino’s Bar” because I thought it was just a place to grab a drink, but I kept walking by it because there was a churro van that I would frequent right next to it. It took me several days before I realized, but under the “Tino’s Bar” logo it actually says “Bar & Sandwicheria,” it was obviously a sign from the heavens (and Tino’s bar) that the place needed to be tried. The first thing that I noticed sitting down was that they were playing nothing but Bruno Mars’ music videos, while that’s not necessarily a bad thing, I don’t like my sandwich eating experiences being too overly emotional. So I went with the “Tino’s sandwich” which I assumed was their specialty, the menu description was:

Churrasco in Chile is thinly sliced and grilled steak and can be found in most restaurants, it was the base protein of the sandwich, accompanied by sliced ham and bacon (jamon & tocino). To ensure full use of all the animals on the farm, 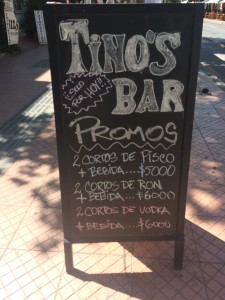 they also put two different types of cheese as well as an over easy fried egg on top. To finish it off (and to make sure I got some vegetables with this) they added sliced tomato and caramelized onions. To me, this was an interesting take on another popular Chilean dish called Churrasco a lo pobre, which is just a giant plate of french fries with caramelized onions, meat, and a fried egg on top. Now I was completely perplexed as to why they were playing Bruno Mars songs on a loop, because the last thing I need whilst on the brink of a food coma is the sweet emotional voice of Mr. Mars serenading me to sleep. Once the egg yolk was cracked, 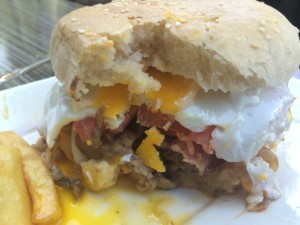 it became a fork and knife sandwich. It was a sodium filled beast, the kind of thing my doctor would glare at me for even mentioning, but it was so damn good. The star of this sandwich? the egg mixed with the churrasco, if the sandwich was just that with some tomato I would’ve been happy. This beast was all about decadence, and I have no doubt that I will be paying for it later. With no leafy green in sight, I trudged along, the large slices of tomato providing respite from all the meat and cheese and eventually tapped out. You could eat half of this and be full for a day, it was so rich. This is a carnivore’s dream sandwich, with the dominant flavors coming from the buttery mantecoso cheese and the meats, and at $6500clp (about $9.50usd) it wasn’t a bad price considering the portion. How people are able to eat one of these sandwiches and drink a beer, I’ll never know.

P.S. There was a point where I just had to start listening to my Podcasts, no offense to Bruno, but I can’t listen to his music whilst being submitted by a meatwich.