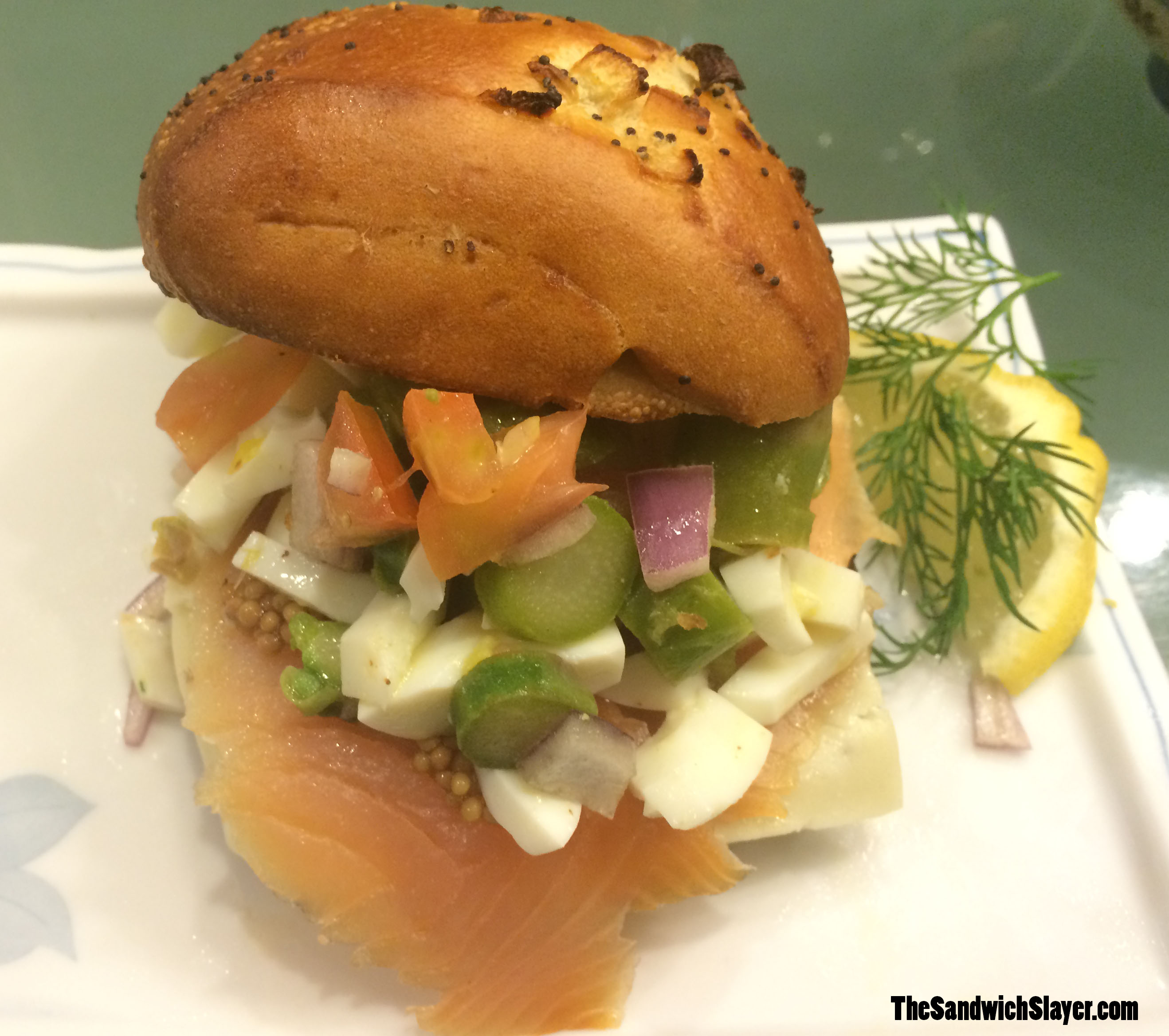 I don’t know if you know this or not, but I live a life of danger and intrigue. It’s the life I chose when I rose from my chrysalis as “The Sandwich Slayer.” With that being said, it shouldn’t be any surprise that I live everyday unsure as to what will happen next. I don’t make a full and complete stop at Stop signs in my car at 2 in the morning and I sometimes don’t use those sleeves for hot Starbucks beverages. Already afraid of my Rock n’ Roll lifestyle? I don’t blame you, my personality was tempered in the Firey forge of rebellion when I first refused to take a nap in Pre-School. I found myself the other day in my house with some smoked salmon and an insatiable need to consume it. Without a bagel or cream cheese in sight, I realized that it was my destiny to rebel against the establishment and make my own smoked salmon sandwich without “The Man’s” ingredients ordering me around. So put on my Fonziest leather jacket and started to make a dangerous and rebellious smoked salmon sandwich-a-mundo. Heeey! Sit on it! (those are “Happy Days” references for you children out there) you’re not getting measurements for this one. Do all your stuff to taste, the rebellious carefree rogues of the world don’t believe in numbers (and probably never bothered to learn the metric system). 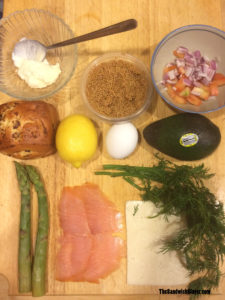 I would also suggest using avocado, the one I had when I was making this was a bit spoiled so I decided not to use it. Also, If you read my last recipe for Avocado Toast, I also added the same pickled mustard seeds to it. 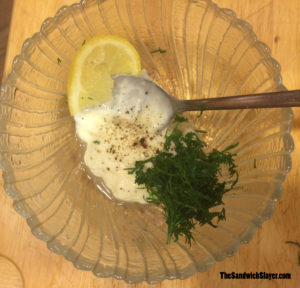 Take a table spoon of mayo and mix a couple drops of olive oil, a squeeze of lemon lemon wedge, salt & pepper, and chopped dill. I just used the spoon to whip it all together, cover it and let it sit in the fridge. This should make enough to last for a couple sandwiches. 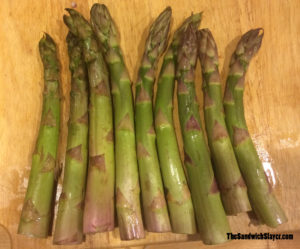 To cook the asparagus, just boil a pot of salted water and let the asparagus sit in it for 4 minutes. To stop it from cooking further you can immediately drop it into an ice bath after (so it doesn’t get soggy and stringy)

To hard boil the egg, submerge it completely in cold salted water, bring it to a boil and turn the heat low and cover for 15 minutes. Drop it into an ice bath when done. 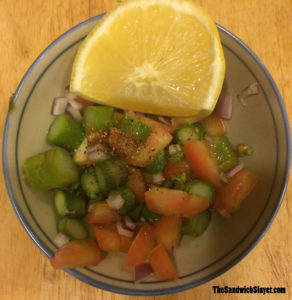 Chop up the red onion, tomato, and asparagus. I mixed it all together with a little lemon juice, olive oil, and pepper. I like the lemon juice’s acidity in this because it’s a nice compliment to the creamy havarti cheese and salty salmon.

Chop the hard boiled egg and add it to the mix. I find that the egg helps offset the saltiness of the smoked salmon. 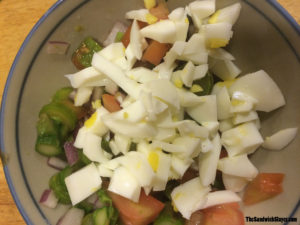 Cut the bread in half and toast it. Because the topping is all chopped up, I decided to make a well on the top part of the bread, so it’ll hold more of the goodness. I’m also not against toasting the bread with the dill mayo spread onto it so it soaks into it. 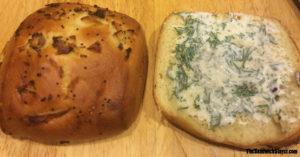 Put the slices of smoked salmon and havarti cheese on the bottom half (or put it on top half, I’m not the boss of you)

Notice the well I made on the top piece of bread? that’s the pit in which your no holds barred melee of vegetable and egg will reside. 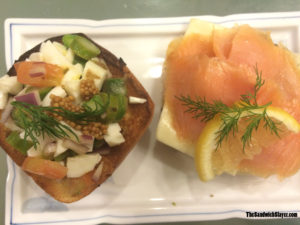 Add avocado if you want, it’s actually a great creamy addition that will help cut the salt from the cheese and smoked salmon. I also put some pickled mustard seeds on there, but that’s just because I am obsessed with them. If you’re into a really briny burst, capers wouldn’t hurt as an addition either.

So there you have it you rebellious young upstart, a smoked salmon sandwich that isn’t part of the “bagels & lox”conglomerate. No selling out for you, because you have this revolutionary and cutting edge smoked salmon sandwich that will blow the minds of those suits in Washington and those Wall Street Fat Cats who eat bagels with cream cheese and salmon! a perfect meal to compliment your ironically capitalistic counterculture bumper stickers and jacket patches of Che Guevara.