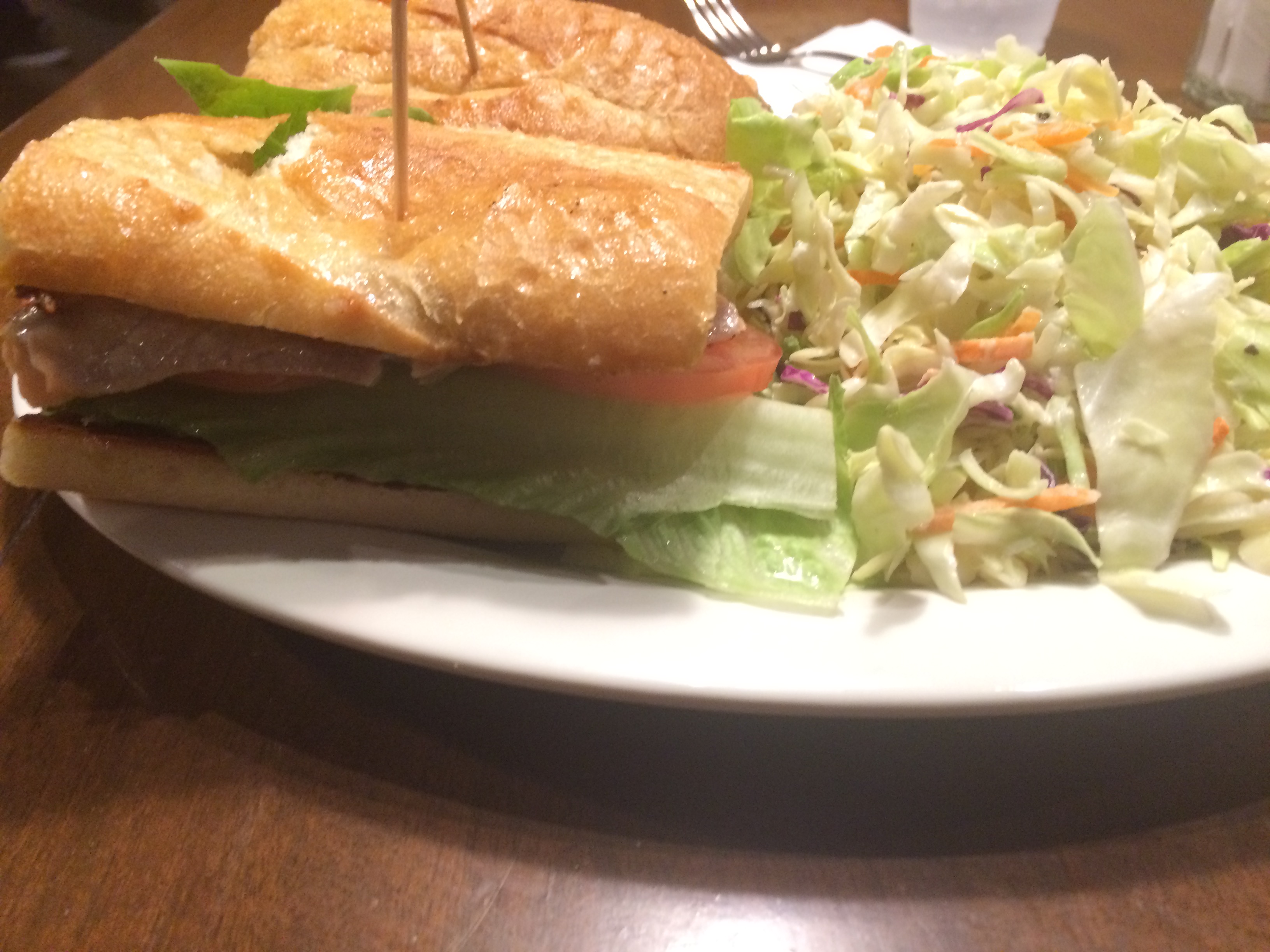 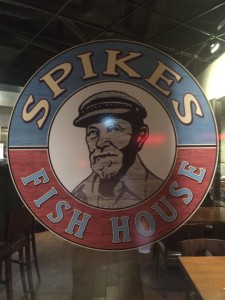 reason why I decided to write about sandwiches (other than my unhealthy obsession for them) was that you can find a sandwich almost anywhere in the world at almost every restaurant. It doesn’t take a genius to realize the cost effectiveness of putting ingredients already on the menu in between 2 pieces of bread with a couple of low cost additions. I knew this when I decided to order a sandwich at “Spike’s Fish House” in Laguna Niguel CA, a fast casual counter service fish restaurant. Places like this have been popping up as of late, where you can get some grilled fish plates

for a reasonable price without all the frills (or prices) of a full service restaurant. It’s a nice option to have when you don’t want to pay $20 for a salmon filet at a restaurant and are too lazy to cook it yourself. I have to admit that the logo caught my eye as well, I know it’s not anything that is too out of the ordinary, but how can I say no to an old man in a Greek fisherman’s cap? I grew up partially raised by the “Gorton’s Fisherman” feeding me fishsticks and telling me to trust him and his damn yellow rain cap. To this day, I still have trouble trusting anyone telling me to eat fish other than my parents and old white men in hats. 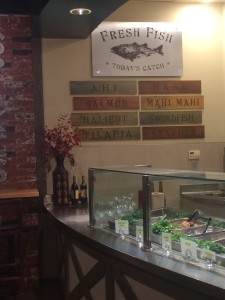 I’ve eaten at “Spike’s Fish House” several times, but I’ve never ordered a sandwich there until now. You get a choice of fish 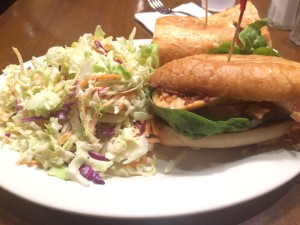 as well as how it is to be prepared (grilled or panko crusted) and a side (fries or coleslaw). I enjoy eating fish sandwiches but it has never been something that I go out of my way to order, I usually just like to eat fish by itself but I hadn’t filled my sandwich quota for the week (I need to consume at least 73 sandwiches or else I’m not doing my job properly). I went with a grilled Atlantic salmon sandwich with a side of coleslaw. The bread was a baguette that had been grilled with cheese, garlic, and butter, the inside part had a toasted texture but the crust was soft. Everything else on this sandwich was pretty standard, the salmon was hot and the only produce that was on here was lettuce & tomato. The sandwich was satisfying, but really wasn’t anything that I could describe as unique. The garlic bread was a novel idea and it definitely added some variety to the sandwich, but I think it would’ve benefited from a sauce and a lemon (a standard flavor for fish). 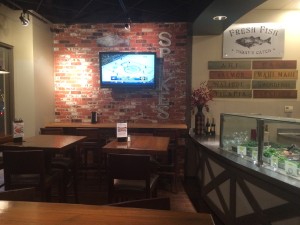 So I just read the menu and the sandwich was suppose to have “Spike’s sauce” on it which is Greek yogurt & smoked paprika, mine definitely 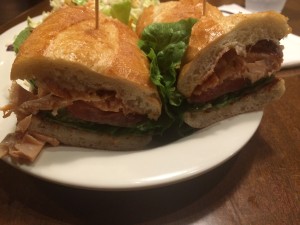 didn’t have it. No doubt the tart and smokiness of the sauce would’ve given it more dynamic flavors, so I have to say that I didn’t taste sandwich at it’s full potential. Take that into account when I say that the meal as a whole was decent, but certainly not something that I would order again (although I think I have to, because I need to try it with the sauce). The portion was good, but there was really nothing there that I really thought stood out. At $8.49 for the sandwich, the price isn’t bad considering you are ordering fish, and there is a whole list of sauces you could add to the sandwich to give it more flavor. If you were to find yourself at “Spike’s Fish House” there are plenty of other options that I can confidently say are excellent but I don’t think I can say that the sandwiches are something that I would come back for. They’re Mahi Mahi plate with lemon pesto aioli is nice.