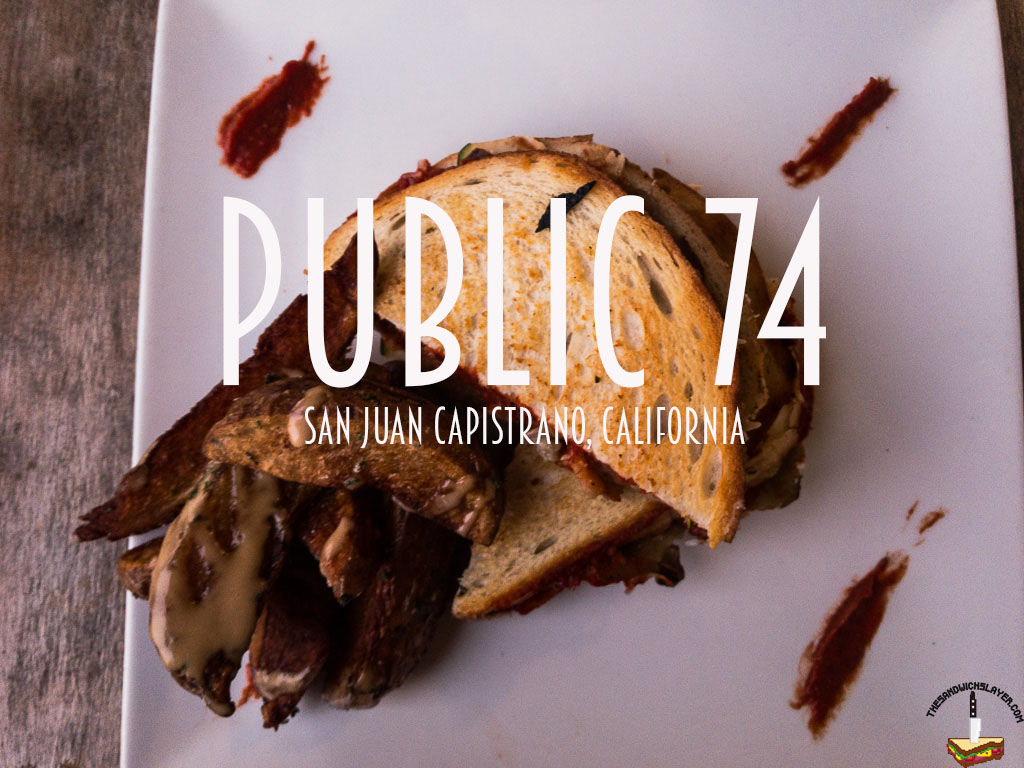 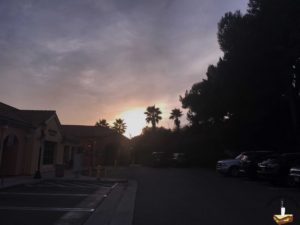 I currently live in North Orange County, so most of my sandwich posts tend to be from the Northern most part of OC. When I get the chance to head south ward, the selection can be pretty sparse. Most places South of Irvine tend to be corporate/franchises so you have to put in a bit more effort to find interesting places. San Juan Capistrano is one of the few exceptions to this rule. With deep colonial ties in California with it’s Catholic Mission and Swallows day parade, you can find all sorts of interesting things down there.

PUBlic 74 has three locations throughout California; it’s intimate gastropub style offers some interesting local fare and an eclectic beer menu. The interior is dimly lit with simple classic wooden furniture and a big bar. It’s the kind of place that I can see a lot of people from the neighborhood congregating after work. The Entrance can be a little tricky to find, just go to the back parking lot up the small hill.

The Sandwich’s presentation is clean and doesn’t seem like a lot at first glance. When I bit into it I was pleasantly surprised by the flavor of the garlic fennel marinara  sauce, which was the most prevalent flavor. Just behind it is the aged nuttiness of the Pecorino cheese which mellowed with the tomato. The zucchini and eggplants was nice but it felt like more of a texture than a flavor. It was more filling than I thought it would be, but that might be because of the potatoes that come with it, it’s got an interesting tangy sauce on top. The star here is the sauce and the cheese with it’s aged nuttiness and lightly sweet tomato notes. 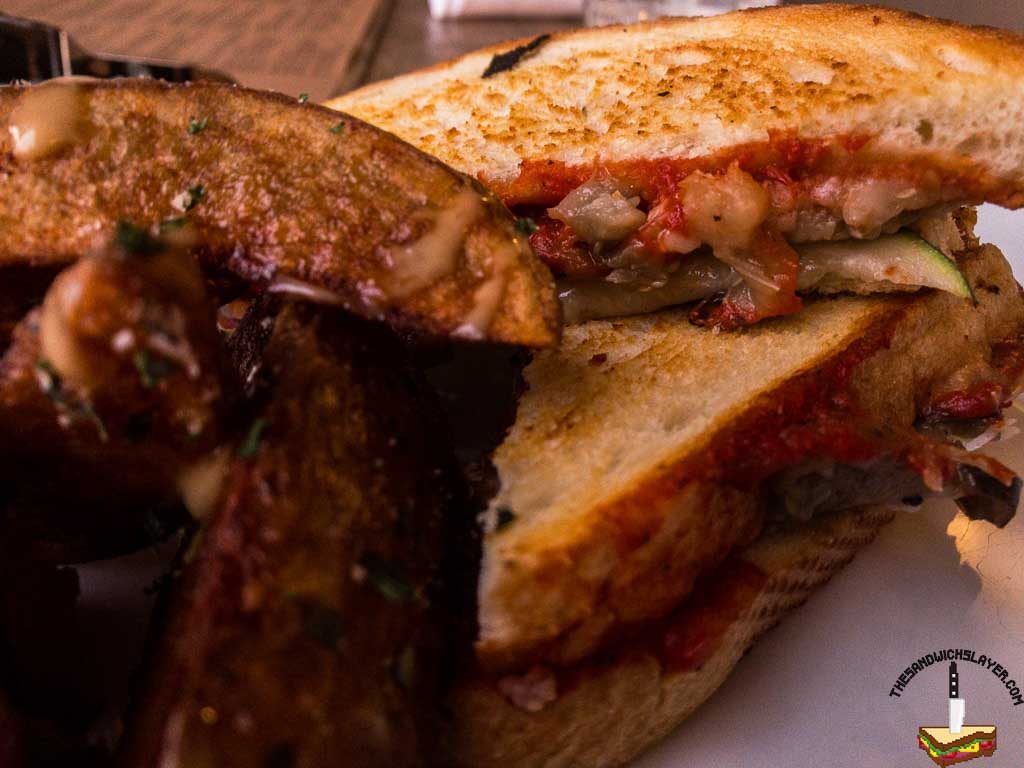 San Juan Capistrano has a lot of interesting history and a lot of their restaurants reflect that. PUBlic 74 is a nice modern Gastropub that still reflects the vintage nature of the city. It’s a nice spot to entertain friends that’s a little more upscale without being pretentious. Next time, I want to try something with meat in it.