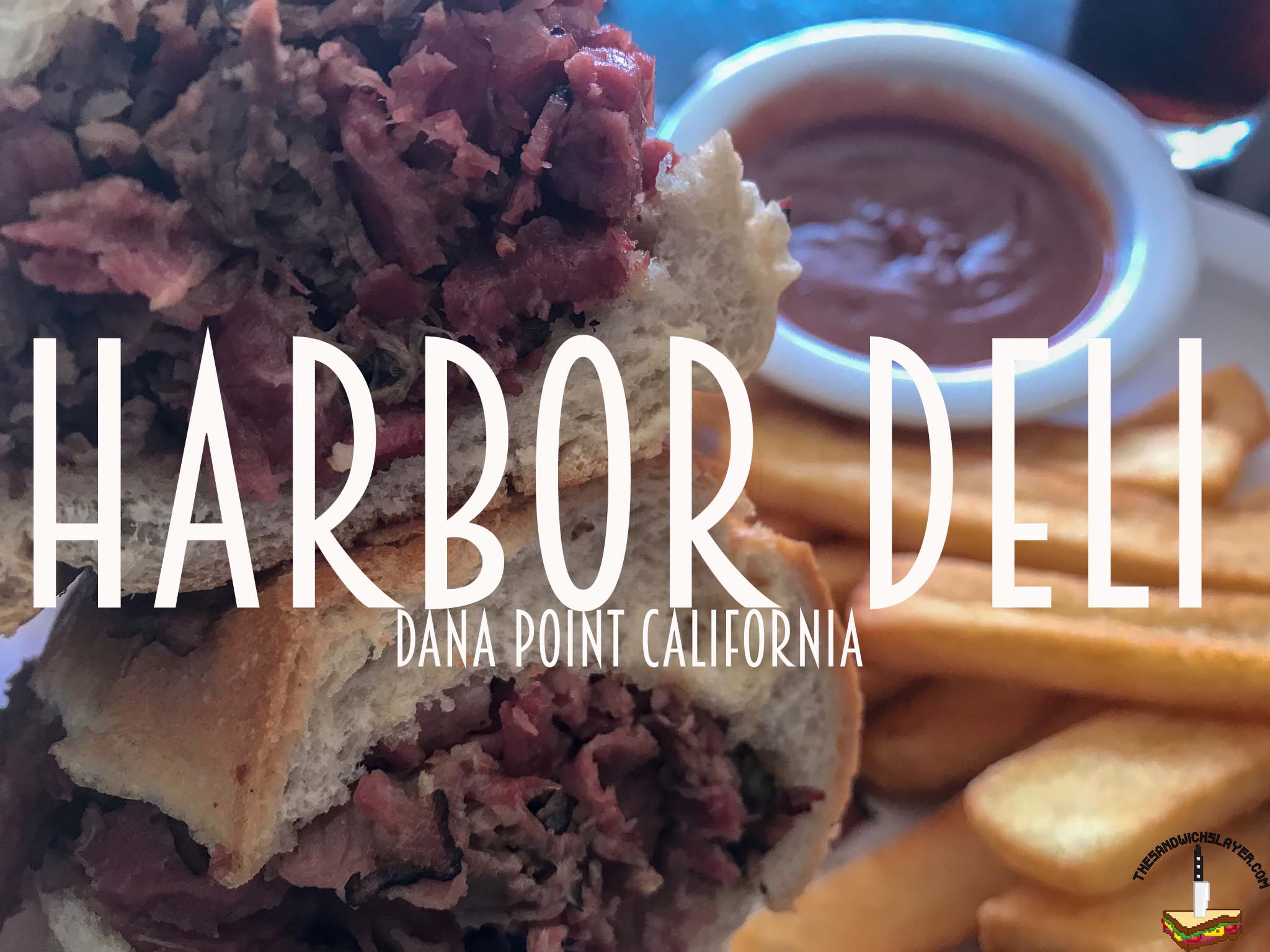 When I was growing up, the city of Dana Point was the place that old people went to buy boats. Now that I’m much older and wiser, I can tell you unequivocally that Dana Point is the place that old people go who already own boats. All joking aside, I have a special place in my heart for this city. It was a burgeoning port town in the 1800’s, serving as a stop for ships connected with the hide trade. While I haven’t run into a salty shanghai’d sailor in some time, I always enjoy going to the harbor and walking along the water. When you get hungry, there are plenty of restaurants for you to choose from. Harbor Delicatessen has a varied menu of burritos, pizza, and sandwiches, plenty to choose from for people of differing tastes. You also have the added benefit of hearing the sounds sea water, the occasional sea lion sighting, and seagull screaming. 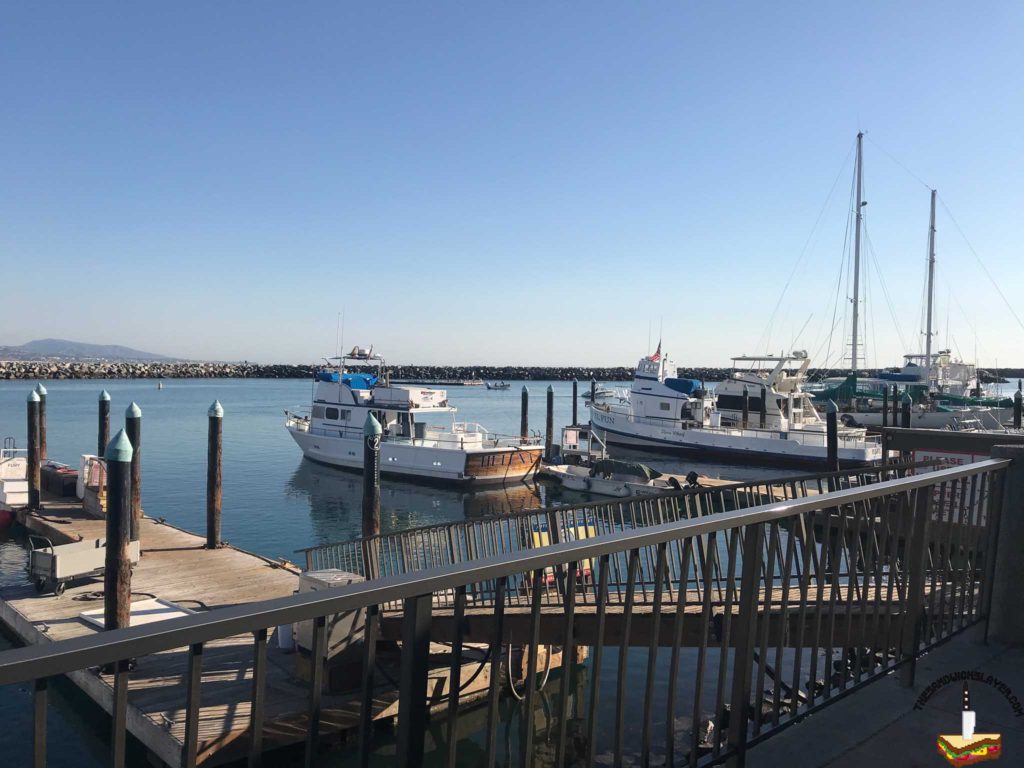 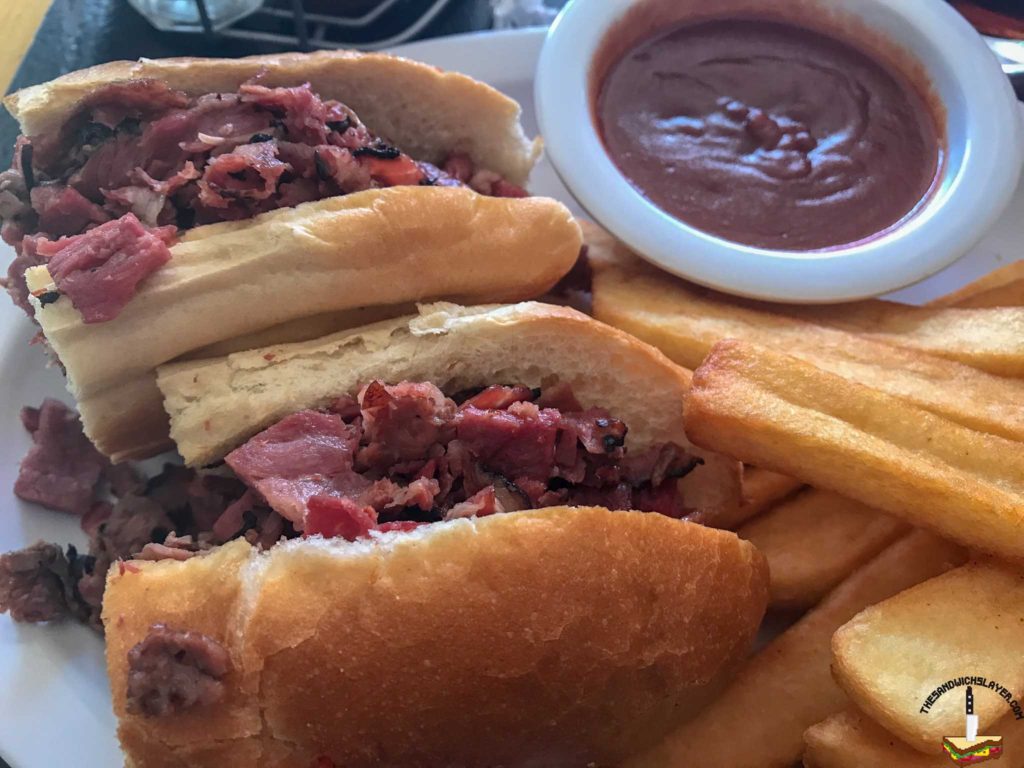 The sandwich came out while I was engaging in a battle of wits with a rogue bird trying to eat a french fry under my chair. The first thing I noticed was that everything was chopped up an mixed so you couldn’t differentiate the meat. It’s not a huge deal, but from a textural point of view it made it less interesting. The side of hot BBQ sauce was a nice a addition, the sweetness evened out the salty meat nicely. I wish I could say more about the sandwich, but those were the only ingredients.

Harbor Delicatessen isn’t going to be revolutionizing any menus anytime soon, but it has a little something for everybody. Really it’s charm lies on the patio, where you can look at boats and squawk at seagulls while having lunch. Food on the harbor is a little more expensive than most places, but the atmosphere is worth the price. Go and enjoy the salty air and calm ambiance. 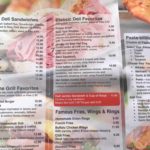