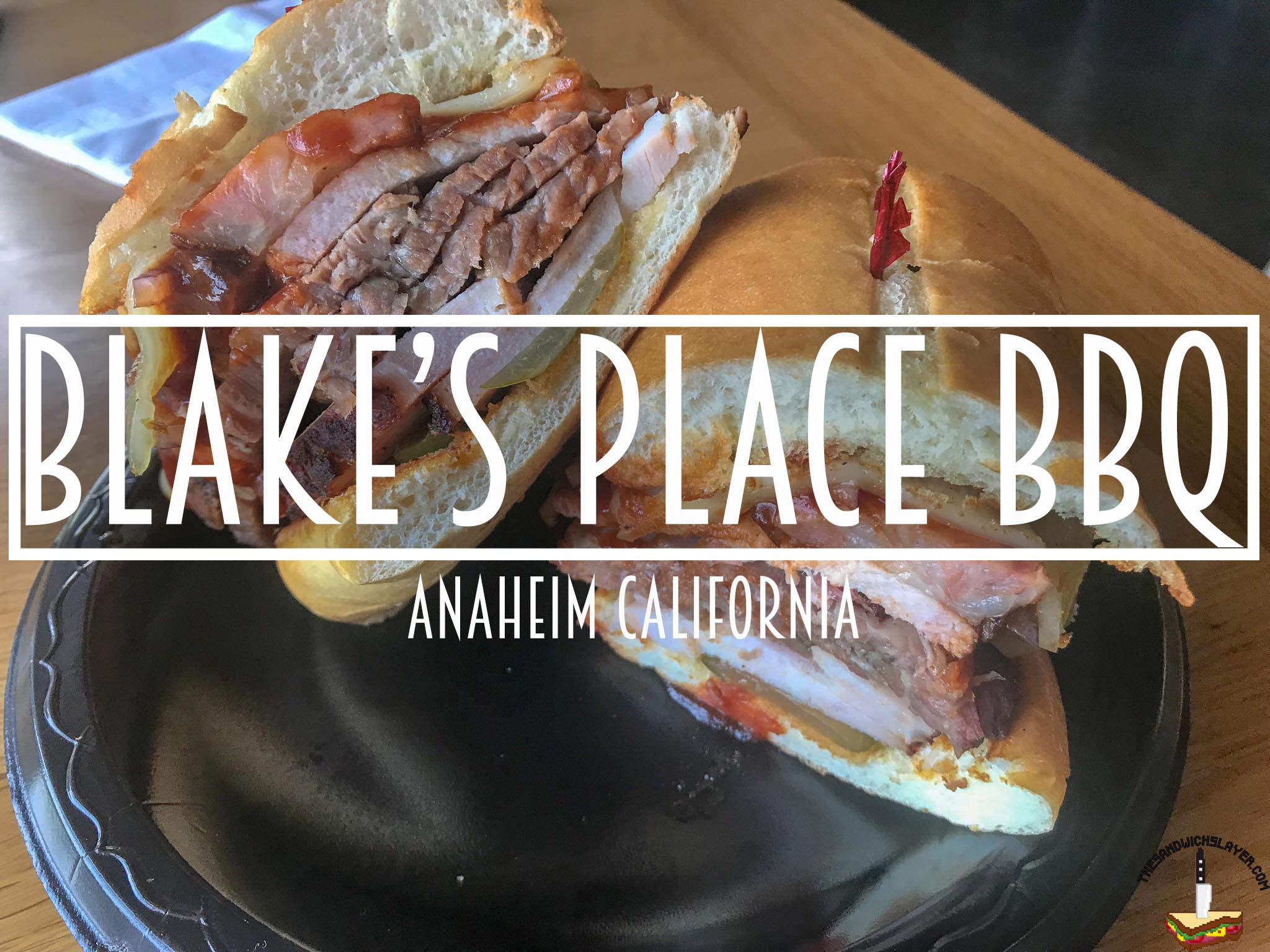 I’ve eaten a lot of Barbecue in 2019, it’s the only New Years Resolution that I’ve kept up with. Whether it be my time in Atlanta or some local Orange County spot, I’ve thoroughly enjoyed consuming all sorts of smoked goodness this year. Of all these OC places, Blake’s Place BBQ has quickly become one of my favorites. Why? First and foremost they seem to have a sandwich-centric menu, with more variety than your average BBQ joint. You can go in to Blake’s Place and (paradoxically) order a salad, I’m not saying that I would do it, but it’s nice to have that option. They also have several Sandwich Sampler plates, which automatically made them okay in my book. Despite my obvious bias towards their menu, I can say with certainty that their food is pretty damn good too. 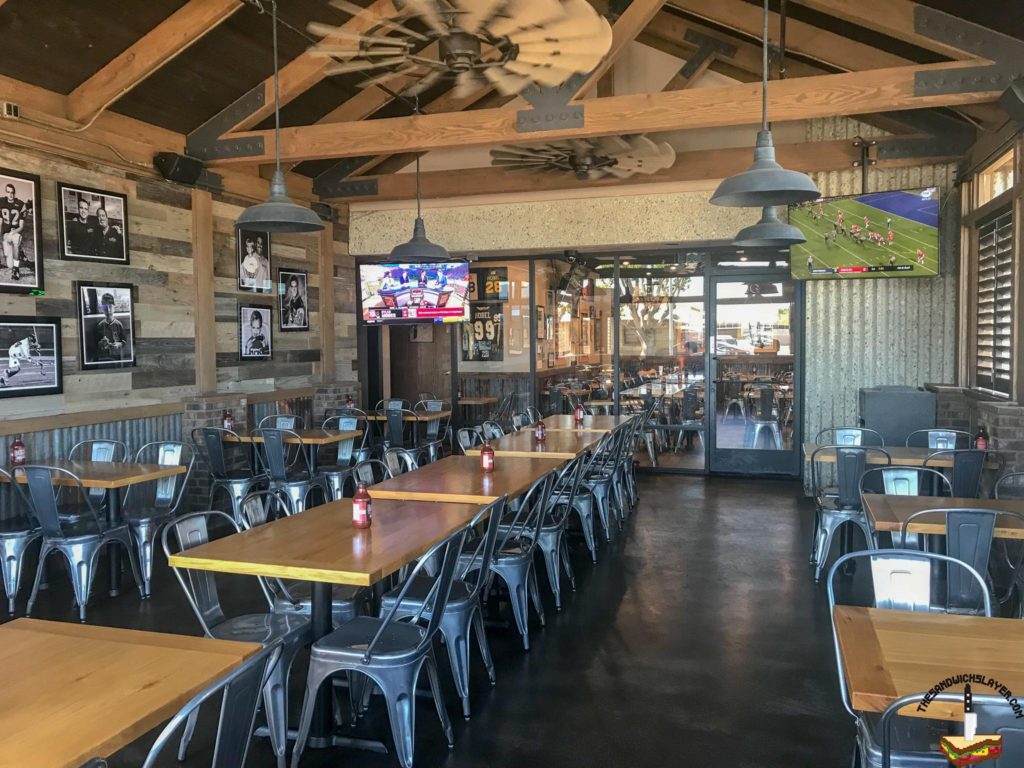 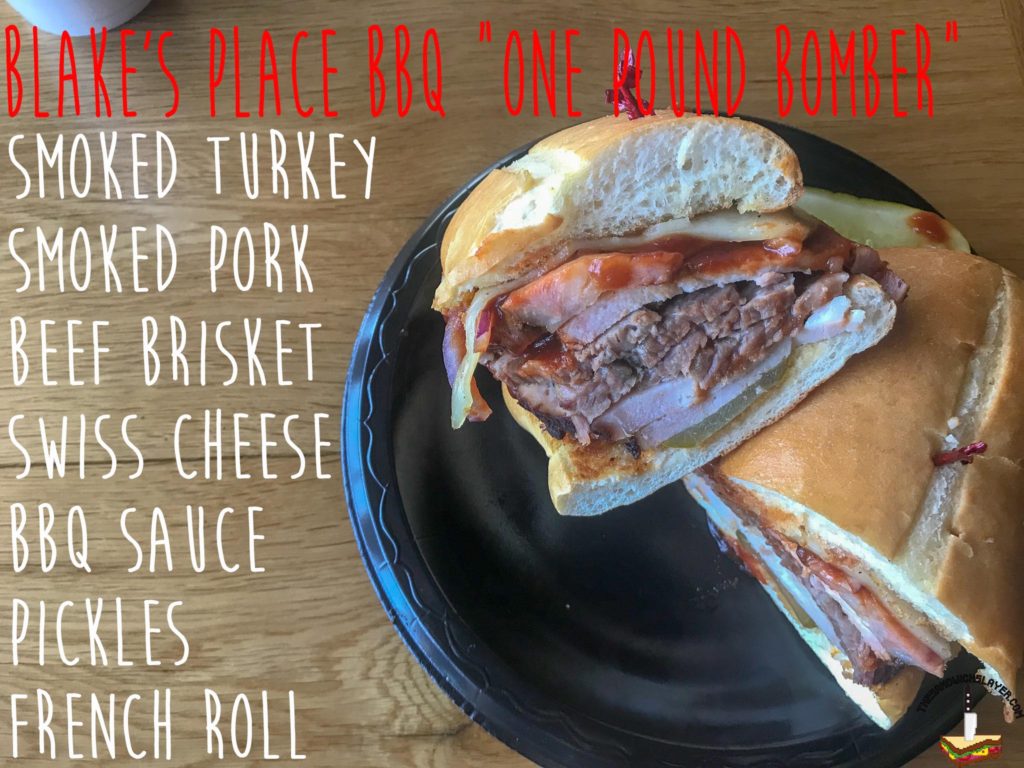 The bread at Blake’s Place is probably the weakest part of the sandwich, although it’s really not bad. I expected Texas toast or a Brioche Bun (like most places) but the sandwich came out on a soft French roll. It wouldn’t be my first choice, but it’s soft and slightly thick texture served it’s purpose. It soaked up the sauce and meat juice as needed while not getting soggy or gross.

The “One Pound Bomber” was piled high with a solid mound of turkey, pork, and beef brisket finished with melted Swiss cheese, pickles, and onions. The stack of meat was overwhelming to say the least, with the dry rub and smoke mixing together in a blissful tower of gluttony. I made it a point to try the meats separately, the smoked turkey stood out the most. You don’t see many BBQ places in OC that smoke their own turkey. It’s a nice change from what I’ve been having at other BBQ spots in the area.  The Swiss cheese adds some balancing fat and texture to everything. It almost serves more as a counter balance that an actual flavor profile.

The pickles aren’t really necessary here, because there is a lot of salty flavor on the meat, but they don’t detract from the sandwich, so I happily ate all of them. 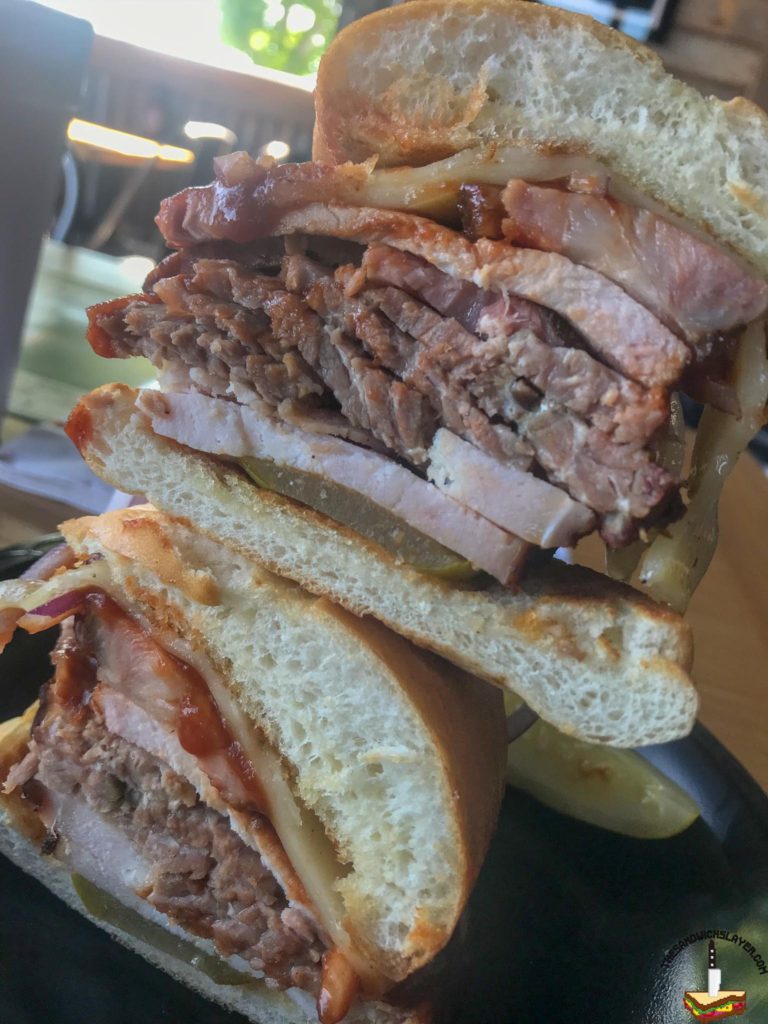 I expected Blake’s BBQ sauce to be sweeter, but it was surprisingly balanced with a little more tang. It’s thick, sticky, and works very well with all the meat in the one pound bomber. The sandwich doesn’t really need it, but it does add some moisture to this monster sandwich.

Blake’s Place prices are pretty competitive when it comes to BBQ in OC. The sandwich costs $11.99 a la carte, which seems expensive until you see how much meat you’re eating. I can’t tell you with any certainty that the “One Pound Bomber” is actually one pound, but it certainly feels like it. After eating the first half, I had to sit in silence for a couple of minutes and gather my thoughts. It’s at this point that I decided to try the meats on their own. I suggest you do the same and find out which one you like the most. Get a larger portion of the one you like the most next time.

For those of you looking for a challenge beyond the one pound bomber, Blake’s has a sandwich for you. The Beast consists of 2 and a half pounds of intestinal destruction. With Pulled pork, BBQ chicken, beef brisket, cole slaw, and pickles on a giant bun. Finish it in 20 minutes and get a shirt! (good luck fitting in it)