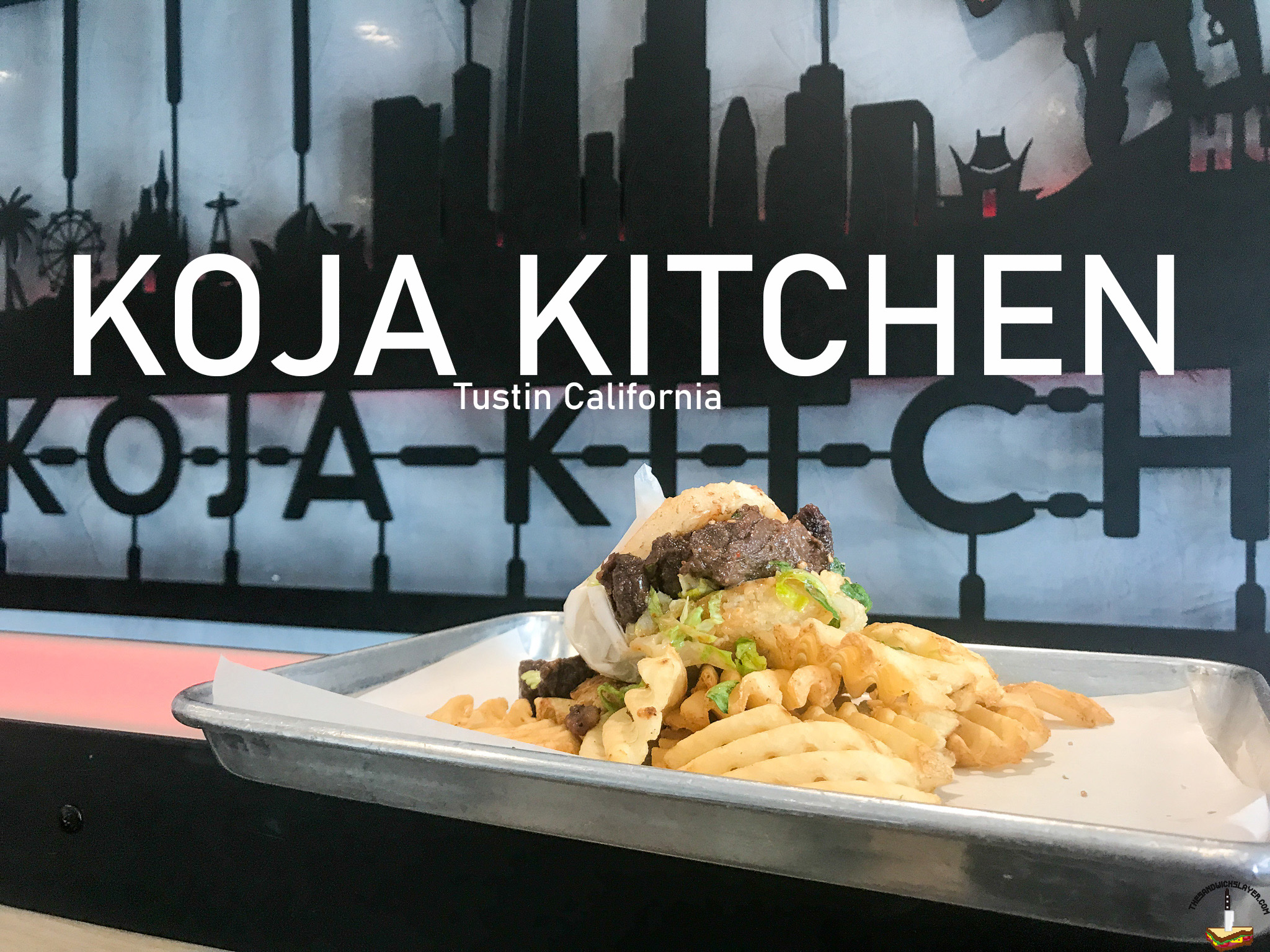 If you’ve ever met or had a conversation with me (I’m sorry) you know that I’m on the fence about food trucks. I find most of them to be expensive and quite frankly, overrated. Orange County has no shortage of said food trucks, but once in awhile there is something special that emerges. Koja Kitchen started in San Francisco nearly a decade ago as a food truck and has migrated down to Tustin. According to their website, the name “Koja” comes from a combination of “Korean” and “Japanese,” which is also the fusion of flavors they are aiming for. 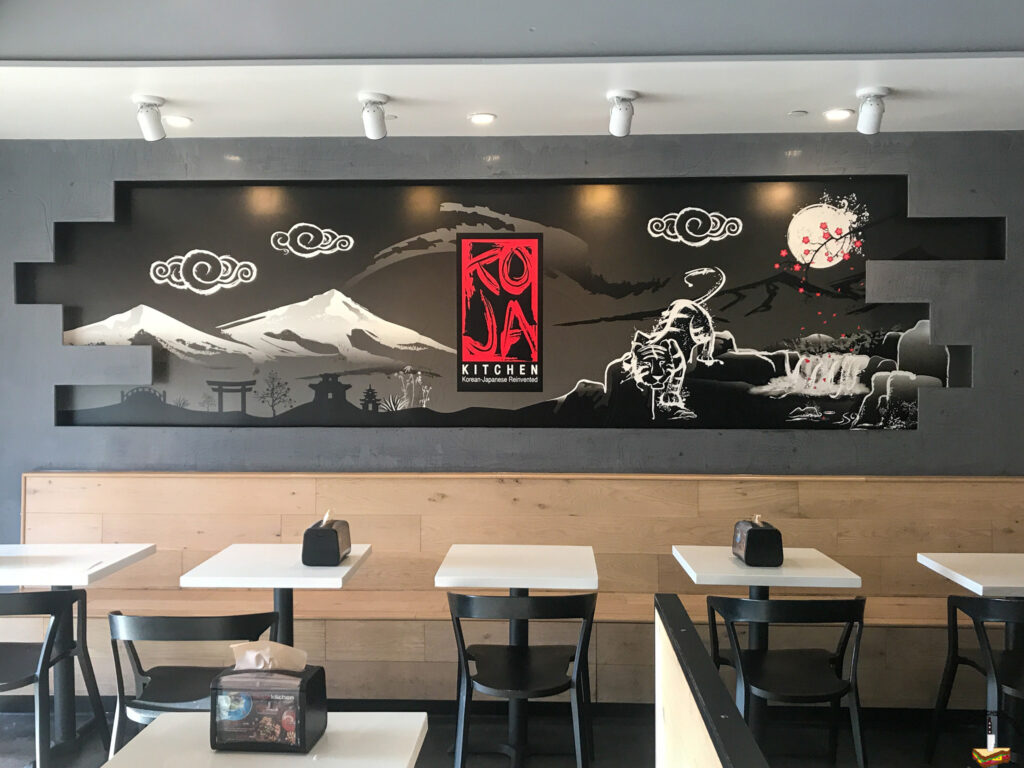 Koja Kitchen really exemplifies the food truck fusion that has been getting popular in food halls across Orange County. You can find everything from smothered fries to Korean BBQ tacos on the menu; but the dish that got Koja on the map is their signature burger: 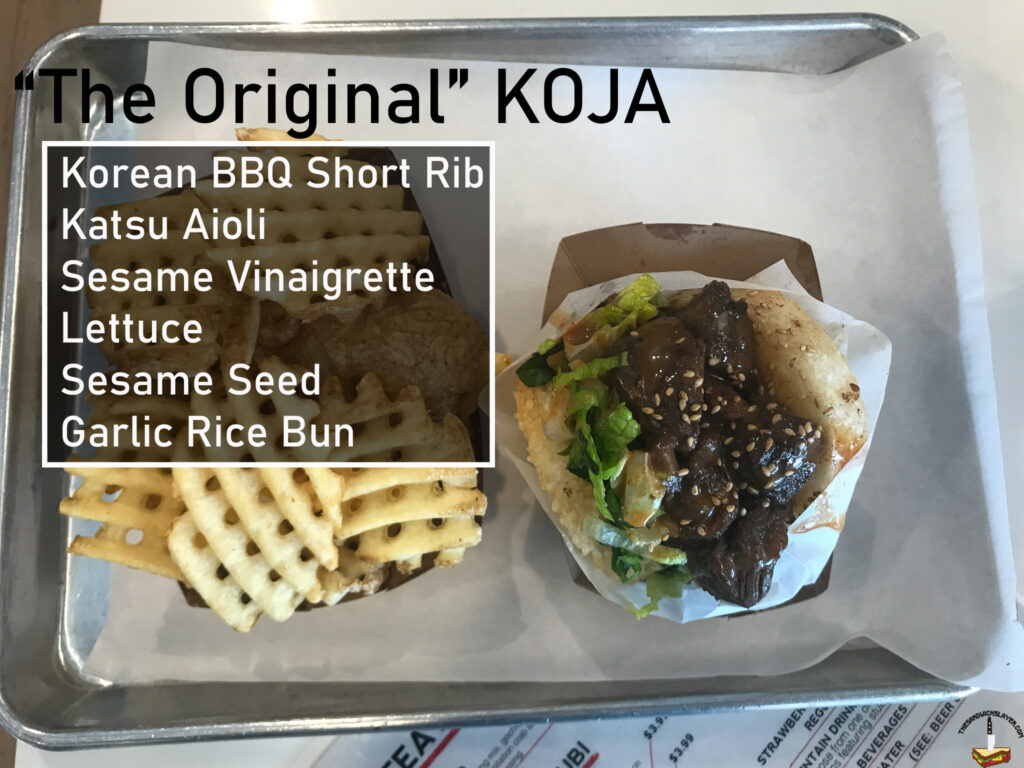 Koja kitchen doesn’t use bread but crispy fried garlic rice buns, it’s a very refreshing change from what I’m used to (and also an integral part of their signature flavor). My one gripe with it would be that the bun doesn’t have the structural integrity that bread does, so once you take the first bite, it tends to crumble. The sauce and juices will get on your fingers and you will be getting full use of your napkins. Other than that, the texture of the crispy rice alone with the flavors is a perfect fit with the flavor profile of the Koja burger.

Inside the Original Koja burger is cubes of Korean BBQ shortrib covered in sesame seeds. The first thing that struck me about the burger is the thickness of the meat. I’m used to KBBQ ribs being flat and slightly thin. It doesn’t effect the flavor that much (because of the sauce) but the texture is different. When the meat is thinner, it cooks faster and tends to crisp on the edges. Koja’s shortrib is a little thicker and it makes a difference that I honestly don’t know how to describe. So do with that what you will.

Lettuce is normally a filler in most sandwiches, but it’s integral in this burger for balance. The BBQ sauce is thick, the meat is thick, and the rice is thick; it needs something to balance it out. The mild acidity of sesame vinaigrette in the lettuce truly helped put everything together.

The K-BBQ sauce really brought everything in this sandwich out, but the original Koja is also sauced with a katsu aioli. Katsu sauce is a japanese BBQ sauce that has some similar flavor profiles to K-BBQ sauce. It’s got some sweetness/ginger flavors but it has some vinegary qualities to it. I think when combined with aioli and competing with the other sauce, the katsu aioli flavor is lost in the sandwich. It’s not a big deal though, because the sauce on the Shortrib is more than enough to make the sandwich good. 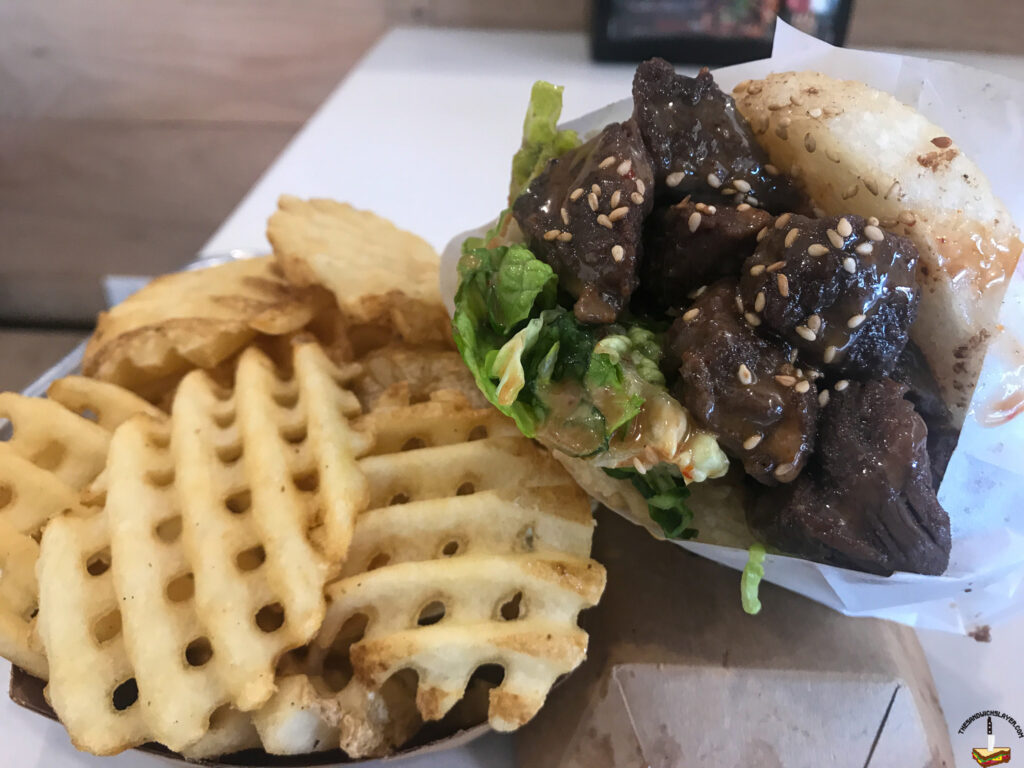 The Al la Carte Koja sandwich is $8.99 and you can get a combo with drink and waffle fries for $12.99. First impression is that it feels small, but the sandwich is deceptively filling. I feel like rice is more filling than bread is, so it might be that, but the portion of BBQ shortrib is pretty good too. If you want to try a couple of different flavors, they have tacos for $3-$4 each, it’s a nice way to try some of their different proteins without committing to a full sandwich.

I may not come around to fully supporting food trucks anytime soon, but I think if a place is successful enough to have a brick and mortar restaurant, it’s got to be on to something. There are a couple of places that I’ve enjoyed that started with trucks, so I’m going to try to keep an open mind. 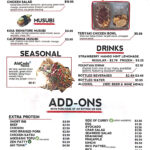 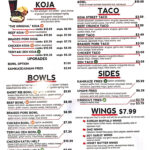