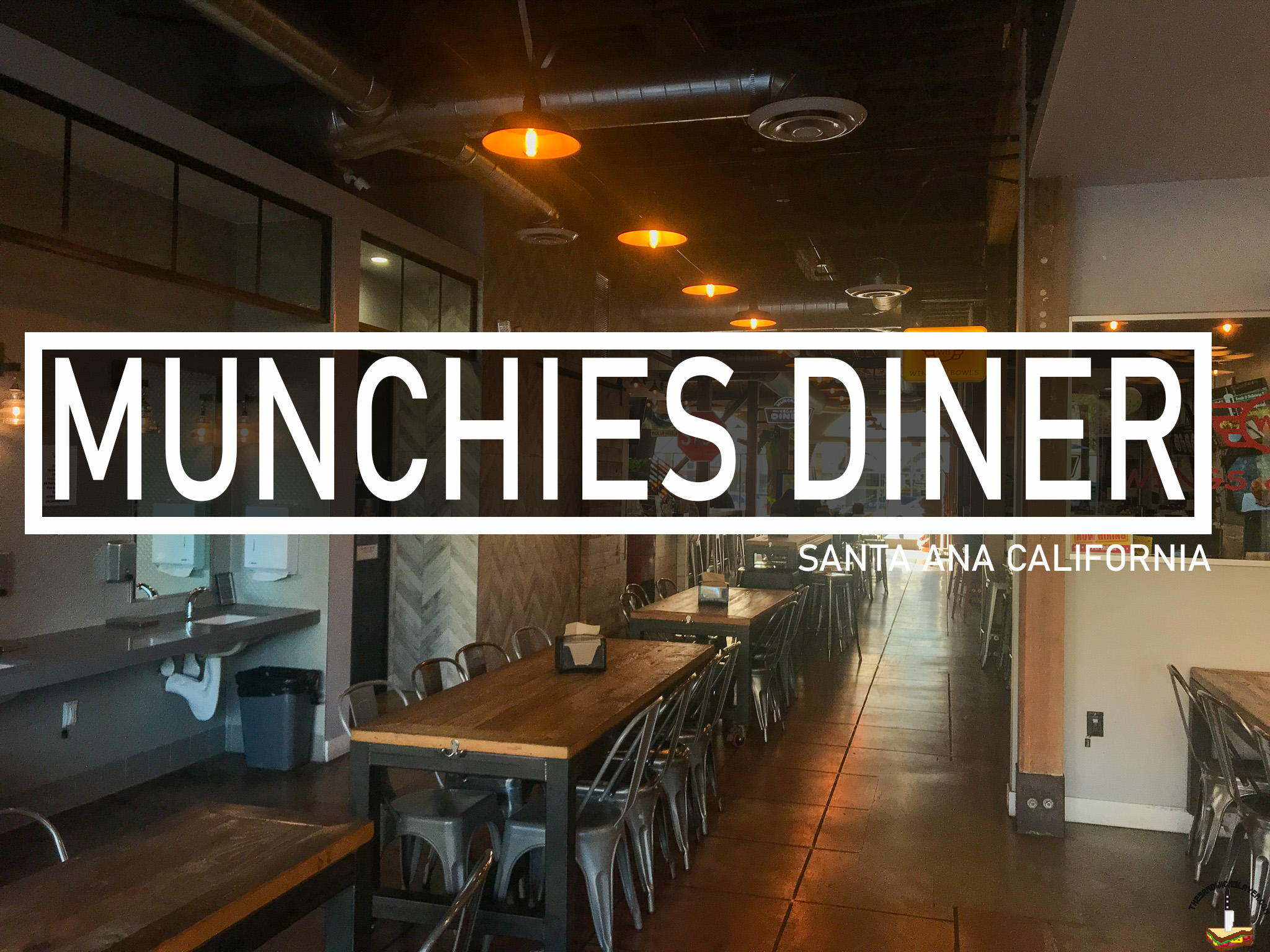 Downtown Santa Ana’s ever evolving food scene is a treasure trove for all OC foodies. Just when you think you’ve tried all that DTSA has to offer, something else pops up and your instagram all of the sudden has more content. Most aspiring food influencers will find themselves at the 4th street market, taking photos of their lunches from one of the many food stalls there. A lesser known and food spot nearby is the Mcfadden Public Market, where you can find a food gem or two for your feed as well. I haven’t eaten there in a year, but I made it a point to go when I heard about Munchies Diner, a vegan comfort food restaurant (Thank you Jose for the recommendation). 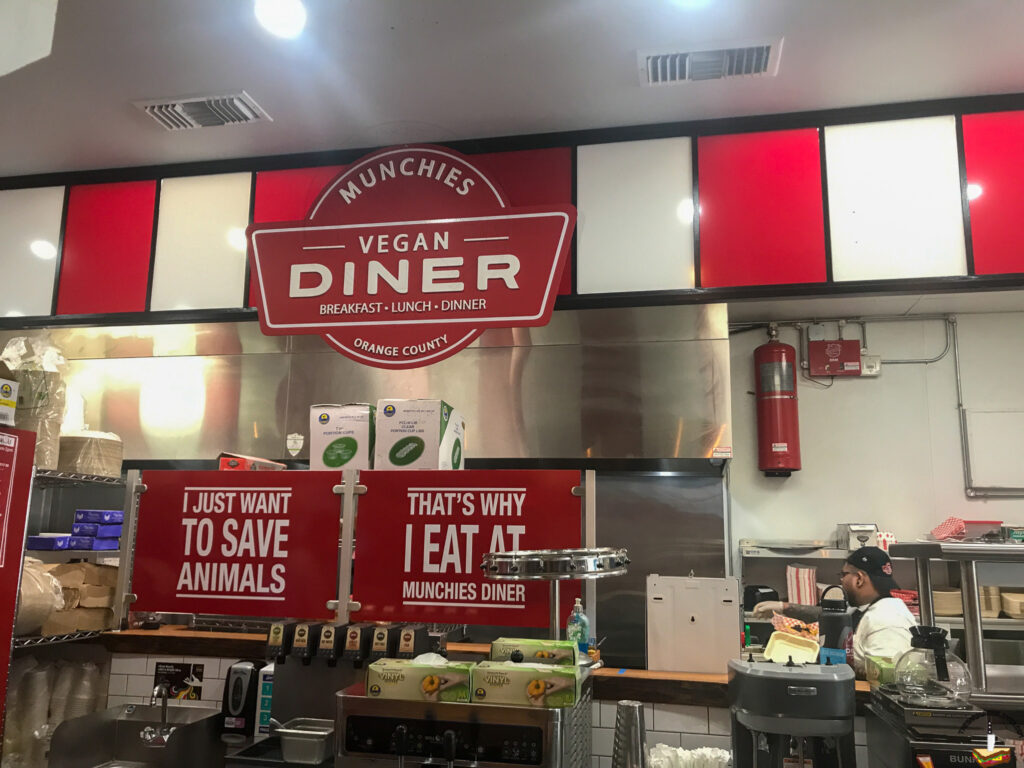 By the way, I am looking for other amazing vegan/veg sandwiches for this blog! if you have a suggestion, DM me on instagram! Thanks friends! 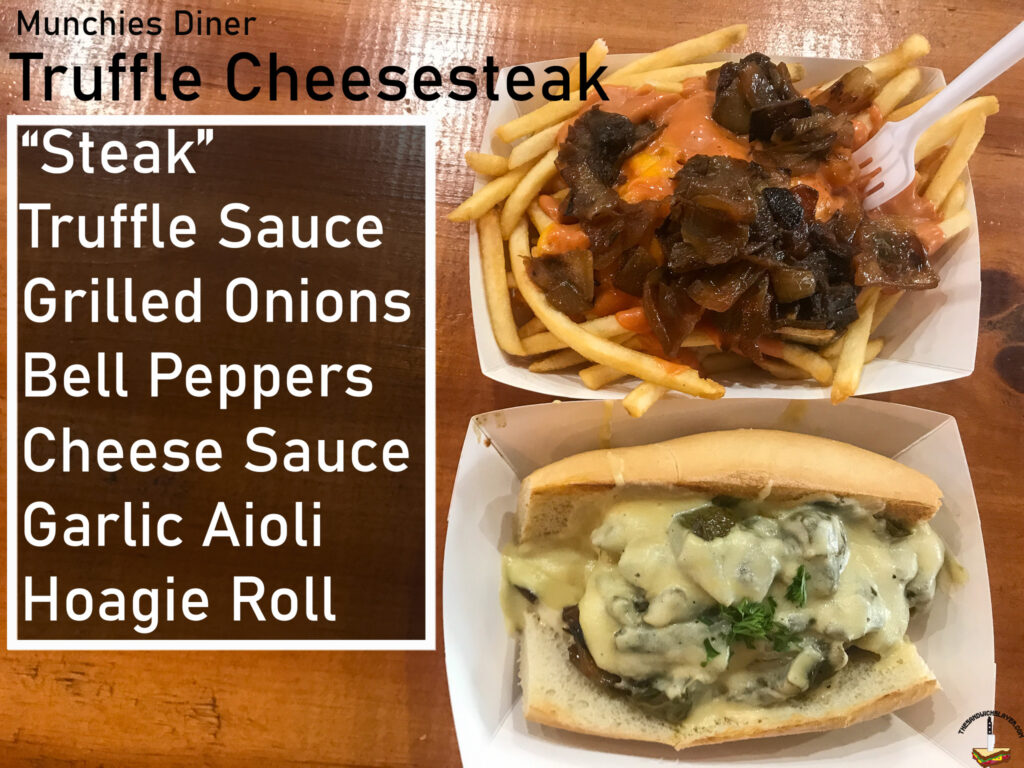 The Hoagie roll that is used and Munchies Diner seems like a standard white bread roll. It’s chewy and soft middle is reminiscent of what you would get on a traditional cheeseteak. And like with most of the cheesesteaks (with meat) that I’ve tried, the bread is pretty much the most forgettable part of the sandwich.

I can’t be sure, but I think the “steak” part of this vegan cheesesteak may be a plant-based burger patty. Speaking as an avid meat eater, it was the part of the sandwich that took the most getting used to. The steak in a cheesesteak provides a certain level of resistance in the bite (it is muscle and fat after all) whereas the plant based stuff doesn’t. I wish there was more textural difference between the bread and the “steak,” but overall the flavors were very good. After getting passed the first couple of bites, I was impressed with the flavor and texture of the cheese sauce. It easily the star of the show, especially mixed with the sauteed onions and peppers.

We’ve already established the deliciousness of the vegan cheese sauce, but what added a little more variety was the faint flavor of truffle. It was more apparent on the nose, but subtle in flavor. Truffle oil is strong and a little goes a long way, which it seems like the cooks at Munchies Diner understand. There is also a garlic aioli, but I honestly couldn’t taste it.

There is a huge list of vegan sauces that Munchies offers, I’d be interested in trying more of them. The G-sauce on their “Human-style” fries was a pretty good vegan version of fry sauce.

It’s been in my experience that vegan restaurants tend to be pricier than their non-vegan counter parts. It’s understandable, one would think that a place that puts emphasis on things like non-gmo produce etc etc has to pay the premium on those labels. Munchies Diner’s Truffle cheesesteak is $10.50 a la carte and it looks like it’s small for the price. It’s actually more filling than expected, but the portion does feel small. When you add the “Human style” fries, the meal sits at about $16. I don’t think I’ve ever eaten at a vegan restaurant that has been “cheap,” but you can certainly swing it once in awhile.

I can’t be sure, but this may very well be the first vegan restaurant I’ve reviewed on this blog. Either way, It’s not going to be the last. Veg options are getting more and more popular here in Orange County and I’m interested to see how the cuisine develops around here. I doubt I’ll be changing my diet anytime soon, but it’s nice to know that my vegan friends can indulge too.

Stay tuned for more plant based slaying my friends. 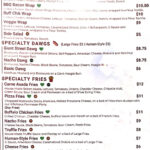 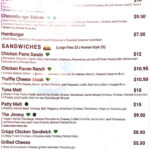 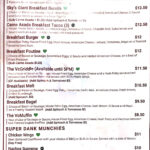