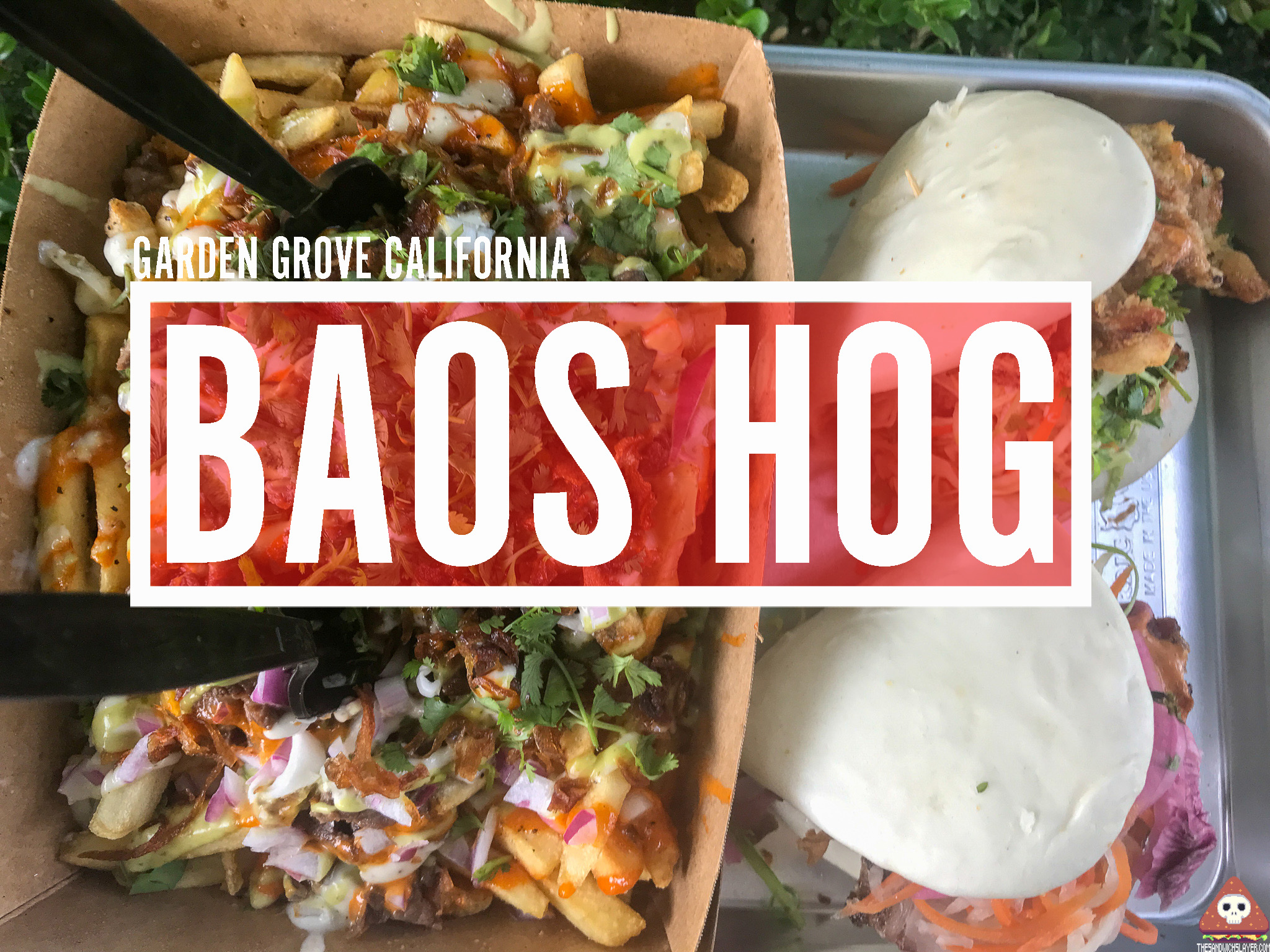 I chosWhen I was growing up in Orange County my parents drove me to Little Saigon every weekend, it was the only Vietnamese culture I was exposed to outside of the home. Laguna Niguel wasn’t exactly a hotbed of multi-culturalism in the 90’s, so I think it was my parents way to staying connected to their culture (Plus my dad only trusted Vietnamese mechanics). As I got older, I began looking at Little Saigon as a place where my parents would just go when they didn’t want to cook. What my idiotic teenage brain didn’t realize was that there was a culture forming that was beginning the change the landscape of food in Orange County.

I grew up eating Bao on the weekends. My mom loved them and would buy several and save them for the upcoming week. When I was a kid, most Bao that I ate was more or less the same: A steamed white pocket filled with different marinated meats, we usually ate pork. It was a dish that my parents could never find in South Orange County and my friends never understood when I brought it for school lunch.

The Steam Buns of Baos Hog 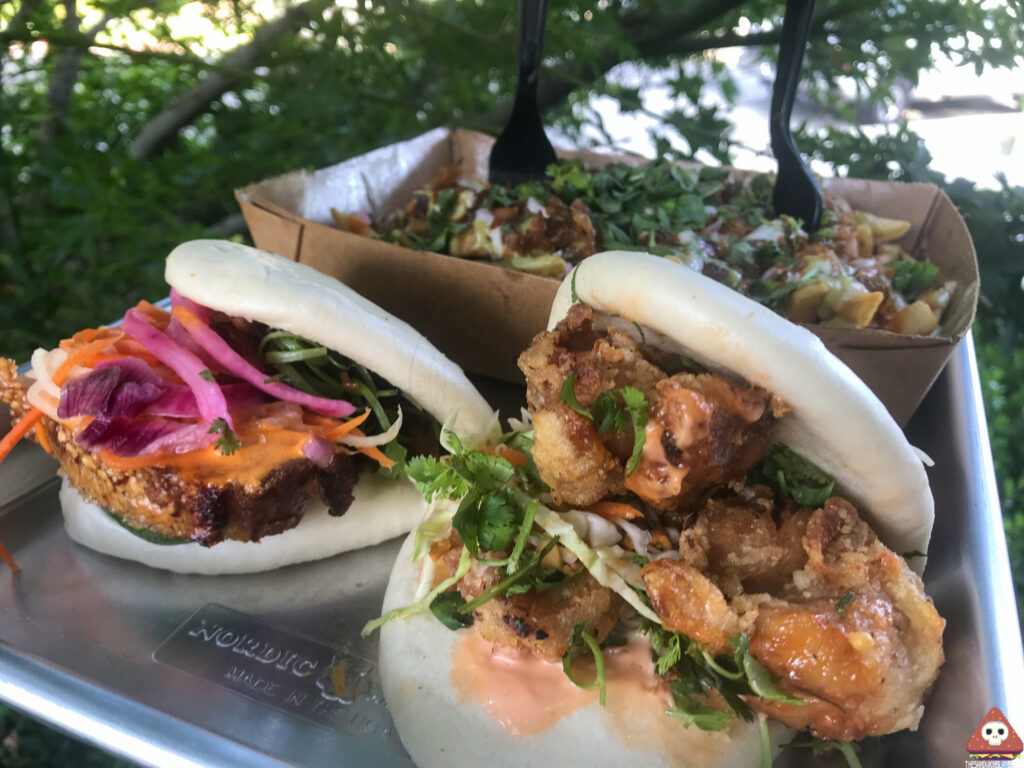 The most identifying part of bao for me is the texture. It’s not something that you see much of in err… “Western” cuisine. It’s soft and sticky, almost like a quarter-done pizza dough. There is a light sweetness and billowy texture to it that accentuates the flavor of meat surprisingly well. This has the same qualities, but because it’s more like a sandwich, the structure of the bao is more firm.  Where there was almost a sticky texture to the Bao of my childhood, these were much drier and closer to bread.

There are eight baos on the menu, all of which have their own unique appeal. There was a part of me that wanted to order all of it and just drown in my own gluttony, but I let my self control take over. I just ordered two baos and a shit ton of smothered fries… 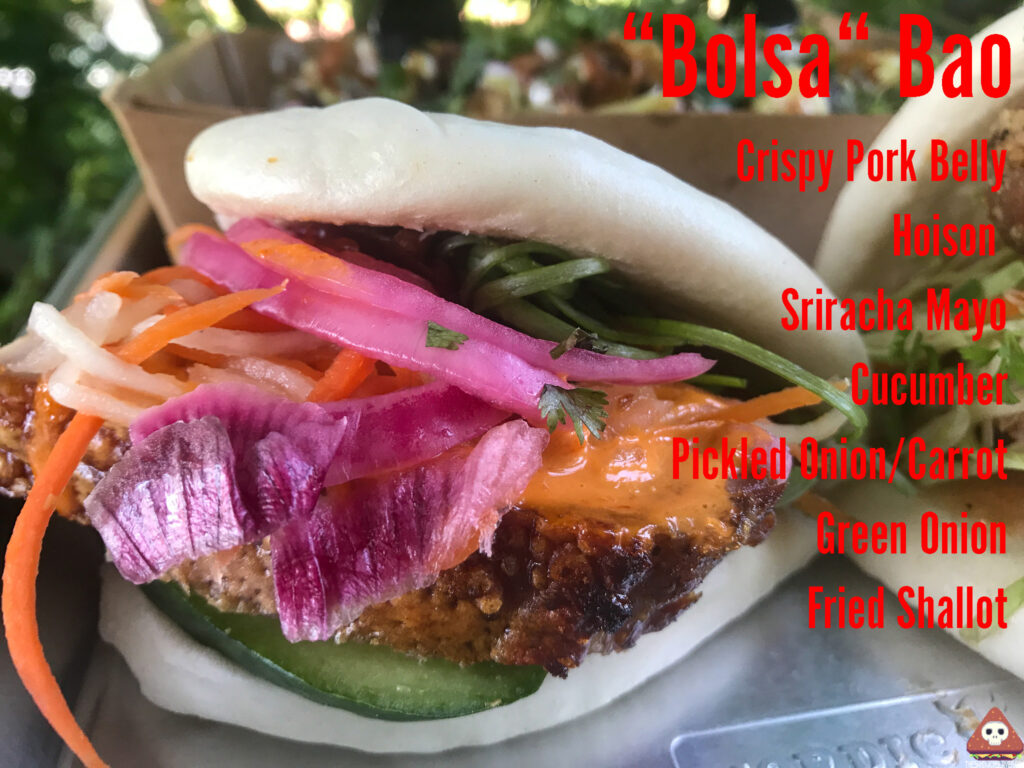 The “Bolsa” –  When it comes to something with the texture of bao, I can’t really say no to the addition of something crispy; It’s just a perfect accompaniment to the soft doughy texture. The Bolsa is named after the famous road in which Little Saigon is built around. With a thick cut of crispy skinned pork belly and crisp pickled vegetables, there was a lot of textural variation to make this bao quite interesting. The delicate balance of pork fat and pickle brine is a classic pairing, one that was enhanced with the addition of fresh cucumber and green onion. The sauce combination of Sriracha Mayo and sweet Hoison was fine, but I think this is a case of less being more. 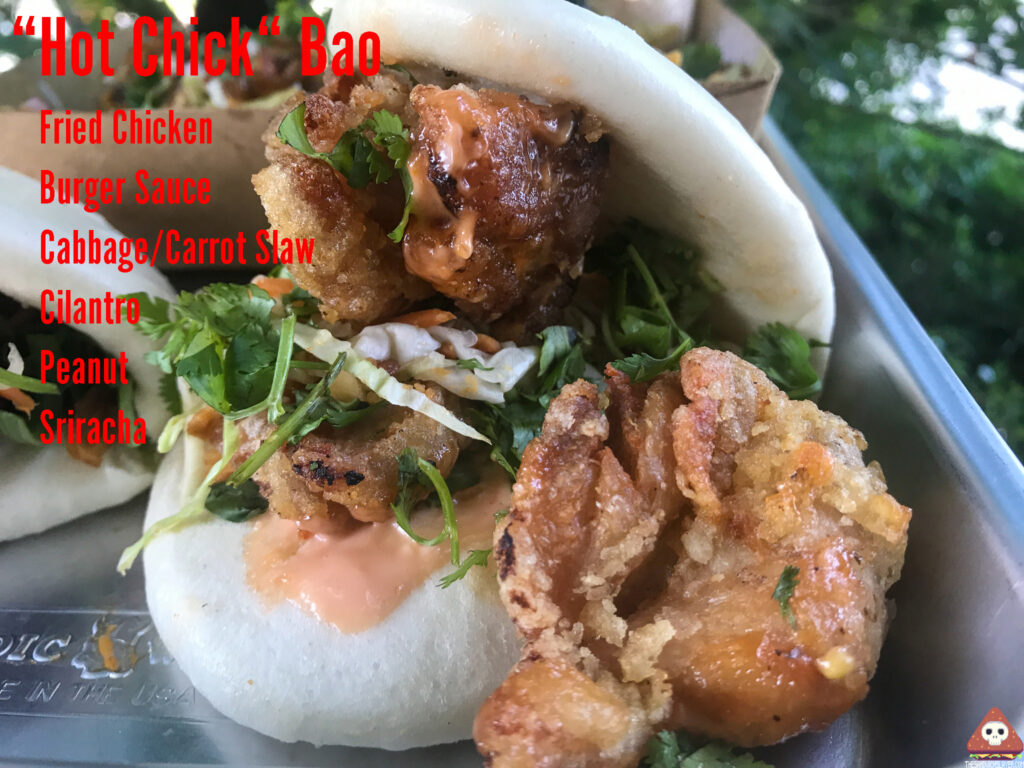 The “Hot Chick” – It was a toss up for my second pick and I chose the Hot Chick. I wanted to see if bao could work with more “American-ish” flavors. It felt a bit “middle of the road” to be honest with you. There’s nothing out of the ordinary here, maybe other than the bao itself; which makes this a relatively safe choice for the less adventurous but also kind of boring. The mix of burger sauce and peanuts was an interesting combination, I’ve never tasted that combination before. 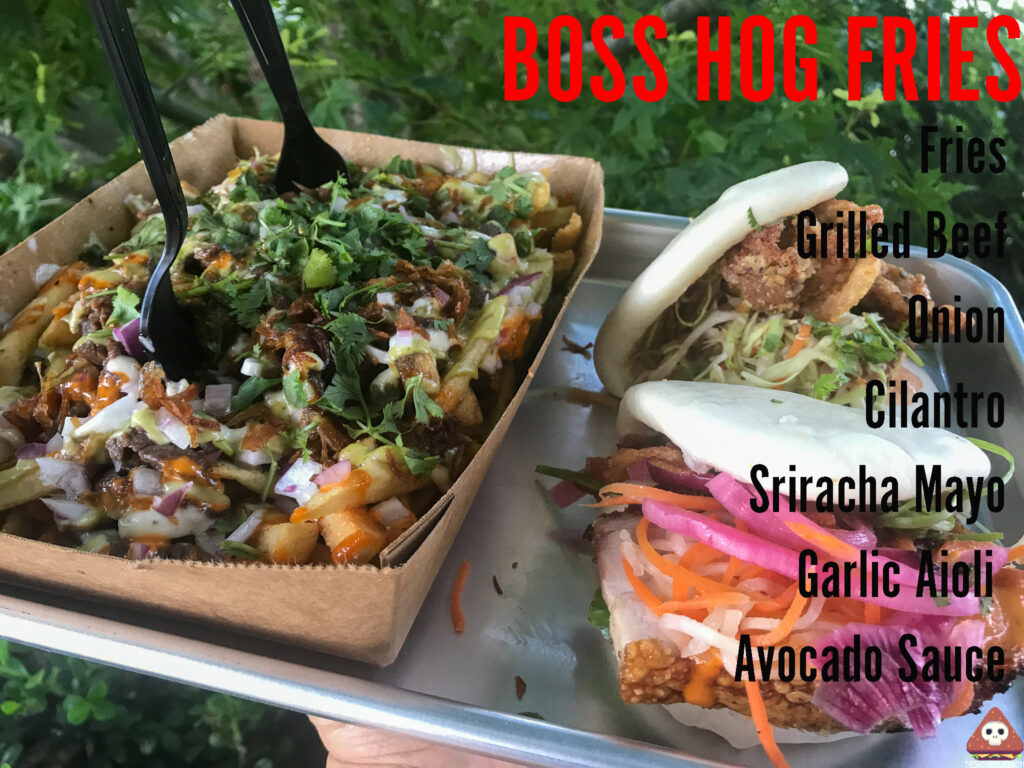 Shelter-at-home orders are still in place and I needed to stock up on food. It’s that reason (and that reason alone) that I decided to invest in the Baos Hog Boss Hog Fries. Don’t judge me, these are dark times!  With sweet grilled beef and three different sauces, these smothered fries will get you full pretty damn fast. Make sure you share them and try a bao or two if you decide to order the fries; they are good, but at the end of the day, they’re french fries.

Each bao is around $4 or so which I think is a fair price for them. The portions are strong enough to satisfy and cheap enough where you can try multiple flavors without breaking the bank. The Boss Hog Fries are $9 which I think is fair for what you are getting. Overall, I am happy that I live near Baos Hog because I plan on going back soon. It’s a relatively cheap way of marrying modern cuisine with that of my parents.