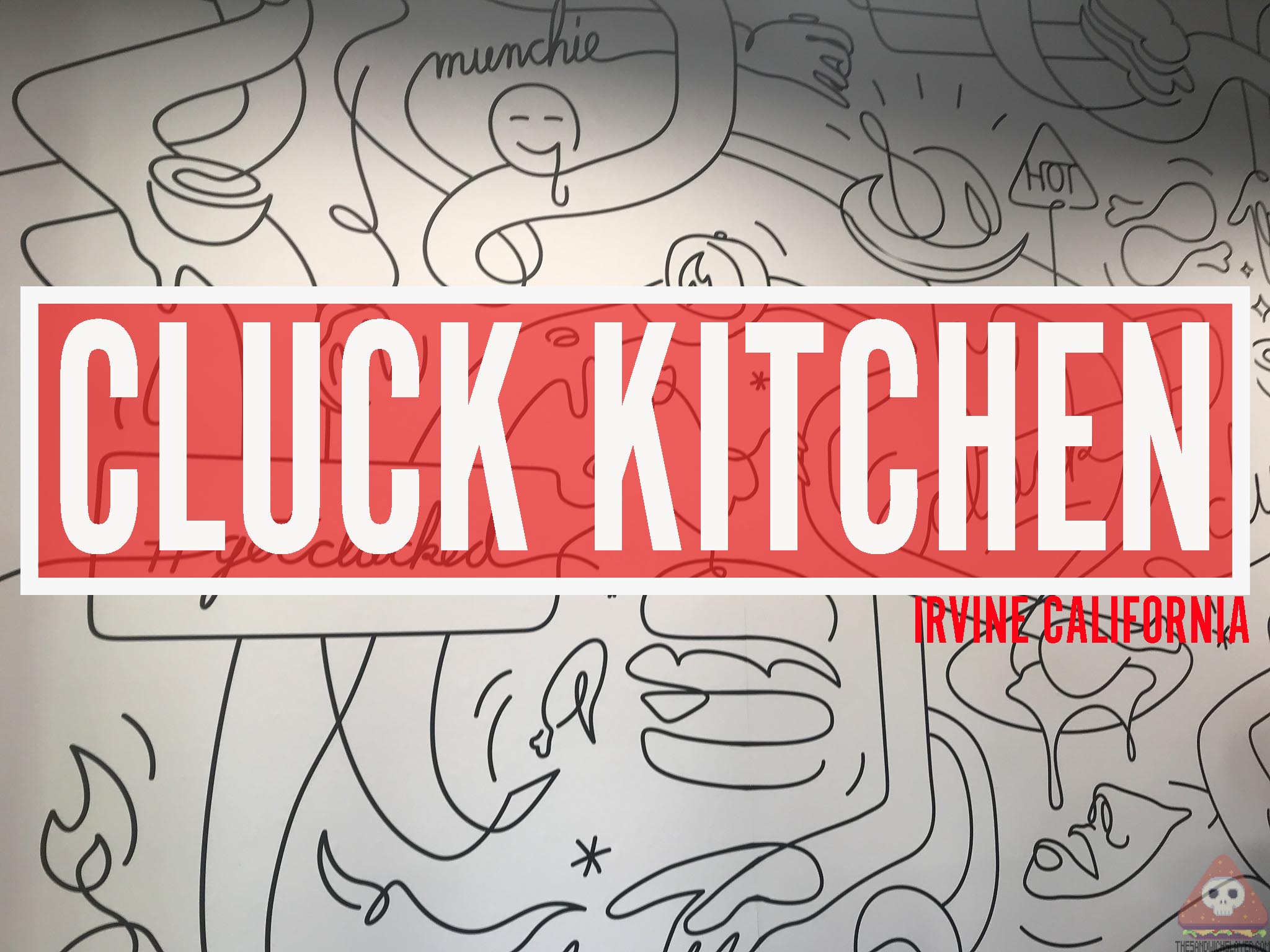 It seems like I’ve been on a fried chicken sandwich binge this past month. Normally, I find them to be a bit mundane, it feels like if you’ve eaten one, you’ve eaten them all. The growing popularity of Chicken sandwich restaurants in Orange County has made what was once boring, exciting again. I credit the Nashville Hot Chicken boom for this trend of chicken places and greasy sauce covered finger tips. Cluck Kitchen in Irvine is among the many chicken spots opening up, serving hot sauce covered fried fowl to us indulgent locals. It’s located near John Wayne Airport, so you hungry travelers coming off the plane have something better than $15 airport sandwiches to survive on.

Although I was tempted to order their hot chicken sandwich, my stomach was telling me to go more mild. Quite frankly, I had hot chicken only a couple days earlier and my intestines needed a break.

The bread section in my blog posts is always hard to write. Honestly, most bread is mundane; it feels like I’m saying the same thing every post. A lot of these chicken places use some form of brioche bun. Cluck Kitchen’s bun isn’t as greasy as most chicken places, it’s a little more billowy and thick of texture. I like how it fits with the Havarti Hen specifically, because it’s subtle sweetness mixes with the sauce and tomatoes well.

The batter of the fried chicken breast didn’t have the same crunch as a lot of places. Of course it was still crispy, but what stood out was the thick and juicy chicken breast. It was a well seasoned and generous piece of bird, one that was enhanced by the creamy buttery flavors of havarti cheese. The tartness of sundried tomatoes adds a somewhat sweet and lemony flavor to the sandwich.

There was a garlic aioli on the Havarti hen, although I don’t know if i could actually taste it. I was taken in mostly by the combination of cheese and strong sundried tomato flavor. I think this may be one of those situations where the sauce serves as a texture more than a flavor. I’d like to try this sandwich again without the aioli and see if there is a difference.

Cluck Kitchen also has a small list of house made sauces that I’d like to try, they’re all ones that go well with fried chicken (like comeback sauce) so maybe a tasting is in the cards later.

I freakin’ love corn. I’d eat it everyday if I could. So you can imagine my delight to see corn fritters on the Cluck Kitchen sides menu. It’s essentially sweet corn, covered in batter, fried, and the dusted in parmesan. I would’ve like there to be more corn and less bread, but it was decent indulgence. The side of ranch that came with it was good, especially when I dipped some of my sandwich in it.

The sandwich is generous, but it’s also $13. It’s a higher price point compared to many of the chicken sandwiches in Orange County. With the drink and the corn fritters, the meal goes well over $20. I think the sandwich al la carte is fine, I’d pay it again, but the add-ons maybe not so much.

I may take a break from insta, but my sandwich game never does.
One can never underestimate the power of meat and cheese 🧀 🍖 it just makes it perfect when being hugged by ciabatta bread and caressed with tapenade. 👌
Some of the (massive) order @andrewjohnle and I ordered at @heritagebarbecue when they did their Viet/TX BBQ fusion. Brisket banh mi, burnt ends curry 🍛 , pulled pork banh Xeo, and brisket pho 🍜
Chicken pesto sandwiche meals🥪 can sound boring, until you start grilling your bread in parmesan cheese and start adding feta cheese to your fries. Smart move 👍
Always inspired and still learning from the greats. #RIP
There are burgers 🍔 and there’s a burger from @elbrewjo, beautifully smash patties with caramelized edges with the usual suspects finished with their signature spicy sauce. I’d follow that sizzle to the ends of the earth. Follow @elbrewjo to find out where they pop up next. 🔥