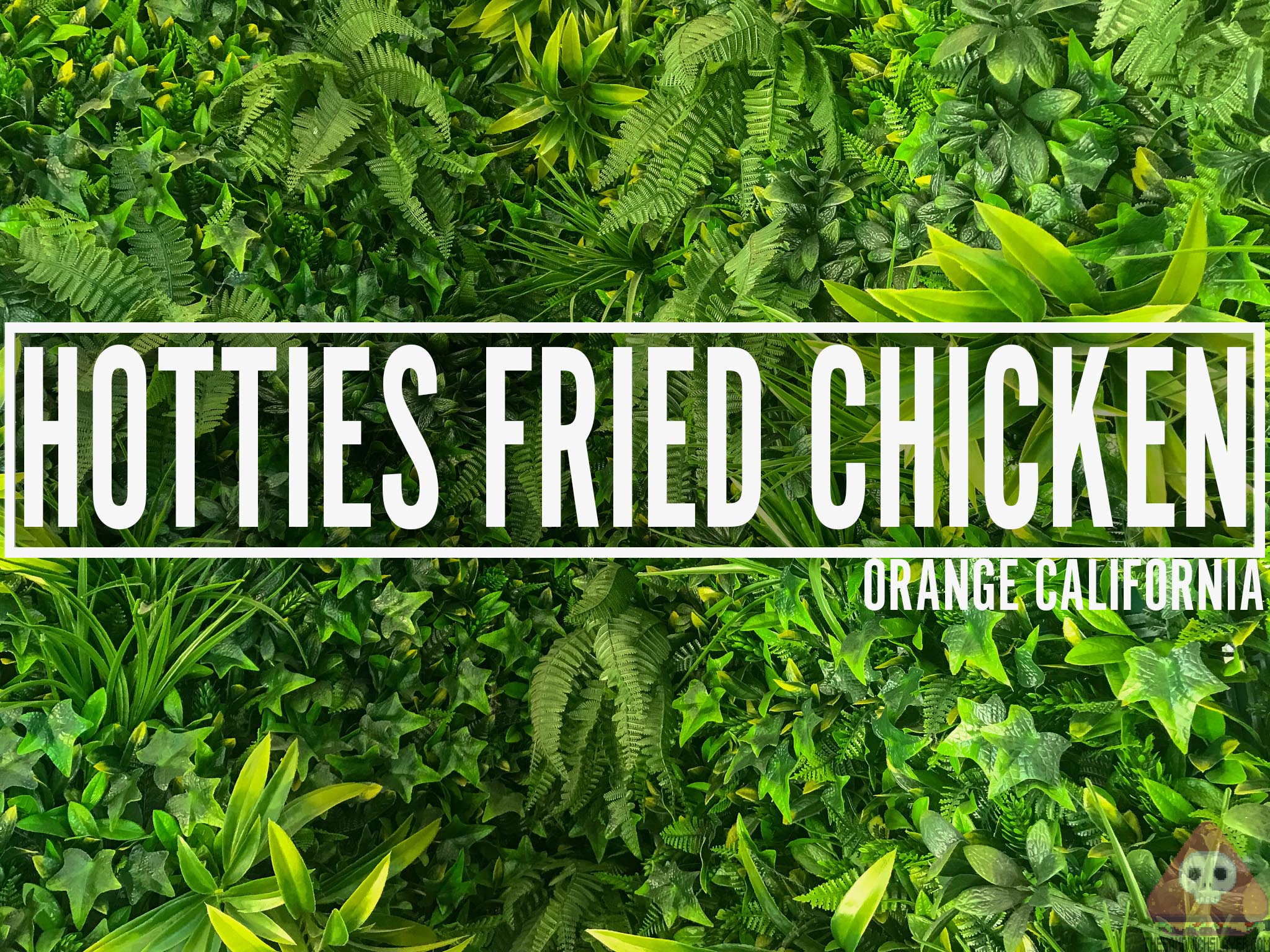 Let’s face it. Chicken is boring. You can find it pretty much everywhere and it feels like every type of preparation has been done already. Recently, the trend of “Nashville Hot Chicken” has exploded in Orange County and people are really lining up to punish themselves with this firey Southern dish. The first time I had Hot chicken, I was pleasantly surprised by the flavors. The kick of cayenne paste, crispy batter, and subtle sweetness just made a huge impression. Hotties Fried chicken has opened in Orange and is capitalizing on this dish’s popularity.

First impression of the Hotties “Slider” was how big it was. The chicken tender alone is bigger than most places around here. If I would’ve known, I probably would’ve ordered a single slider combo rather than a double.

Get the napkins ready, because the bun in buttery and the sandwich is saucy. Hotties toasts the inside of the bun a little more than most places and it make a difference. The sauces doesn’t soak into the bread like it normally would, so it’ll soak into your fingers. Not a bad problem to have.

Hotties has multiple levels of heat for their chicken. I had to drive, so I went with the medium, it’s a heavy sauce, but balanced by everything else in the sandwich. The coleslaw’s sweetness is integral but it does mask the flavors of the pickles too much. What makes the sandwich for me is the batter of the chicken, which stayed incredibly crisp despite being dunked in sauce.

The menu just says “Sauce,” which made it a bit hard to identify initially. From what I have been able to gather, it seems like Hotties sauce is a type of comeback sauce. It’s a remoulade of mayo and ketchup with spices, pretty common for place like this. It’s a little sweet and a little fatty which cuts into the hot sauce well, but ultimately it serves as a balance more than a stand alone flavor.

At just under $13, the Hotties two sliders combo is a damn good deal. They sliders are a good size and the portion of fries is pretty big. You could easily split this meal with another person with a second drink for about $16. A great deal when you consider that they’re competing with Raising Cane’s across the street and a Holdaak location down the road.