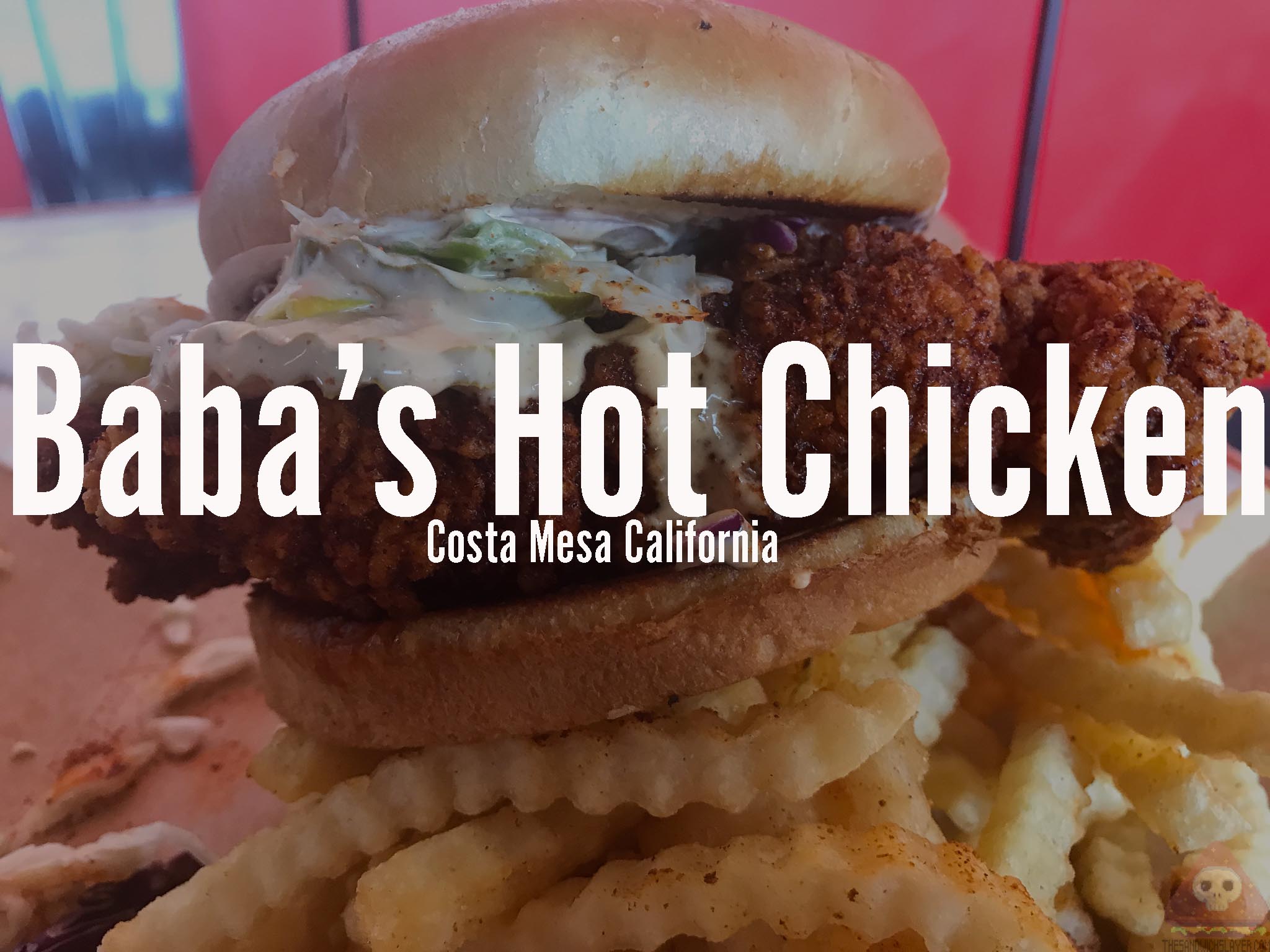 The city of Costa Mesa has a pinterest-laden dreamland called The Lab, a modern take on the traditional shopping center. It looks like a spot that was founded by a bunch of artists living in a commune but it’s a multi-million dollar shopping center. Amongst the countless instagram worthy backgrounds there lies some pretty respectable restaurants. It’s a dream for me, I can take photos of good food against some beautiful backgrounds with all the insta models posing in front of water fixtures and what not. Baba’s Hot Chicken replaced a restaurant that I had previously reviewed on this blog: L.A. Brisket; and while I’m sad to see it go, Baba’s is a good successor to the previous restaurant.

Of all the buns that I have had at chicken restaurants in Orange County, Baba’s may be the thickest. It billows like a buttery pillow and makes the sandwich heavier than expected. Given the style in which they sauce and season the chicken, it works very well to balance all the heat.

The regular sized sandwich came with two of the largest chicken tenders I’ve eaten so far. The breading was lighter compared to other places, a nice change from the norm. I liked that the chicken’s flavors a texture were more on display. The coleslaw was light in flavor but essential for balance. I would’ve actually appreciated some more slaw on this sandwich to help offset the hot sauce. I also wish the pickles would play a bigger role in the sandwich, but a lot of it is lost in the hot seasoning. If you want a little more sweetness, help yourself to some honey, with the chicken it makes a world of difference.

The spices on the hot glaze, even at a “medium” were pretty hot. Baba’s hot chicken isn’t as saucy as some hot chicken places, but it doesn’t deviate from the flavor or spice. The actual sauce (which I assume is a comeback sauce of sorts) is kind of lost in the shuffle. It’s not a bad thing, because the chicken really does shine in this sandwich.

At $12 for the sandwich and a side of fries you can’t really go wrong. Portions here are pretty generous and the seasoning is so strong that I couldn’t imagine eating any more than they provide. They also have a smaller version of the sandwich for $9. I would’ve enjoyed a little more balance in flavors, but If you want just solid chicken tenders with a good spice, Baba’s is the place for you.