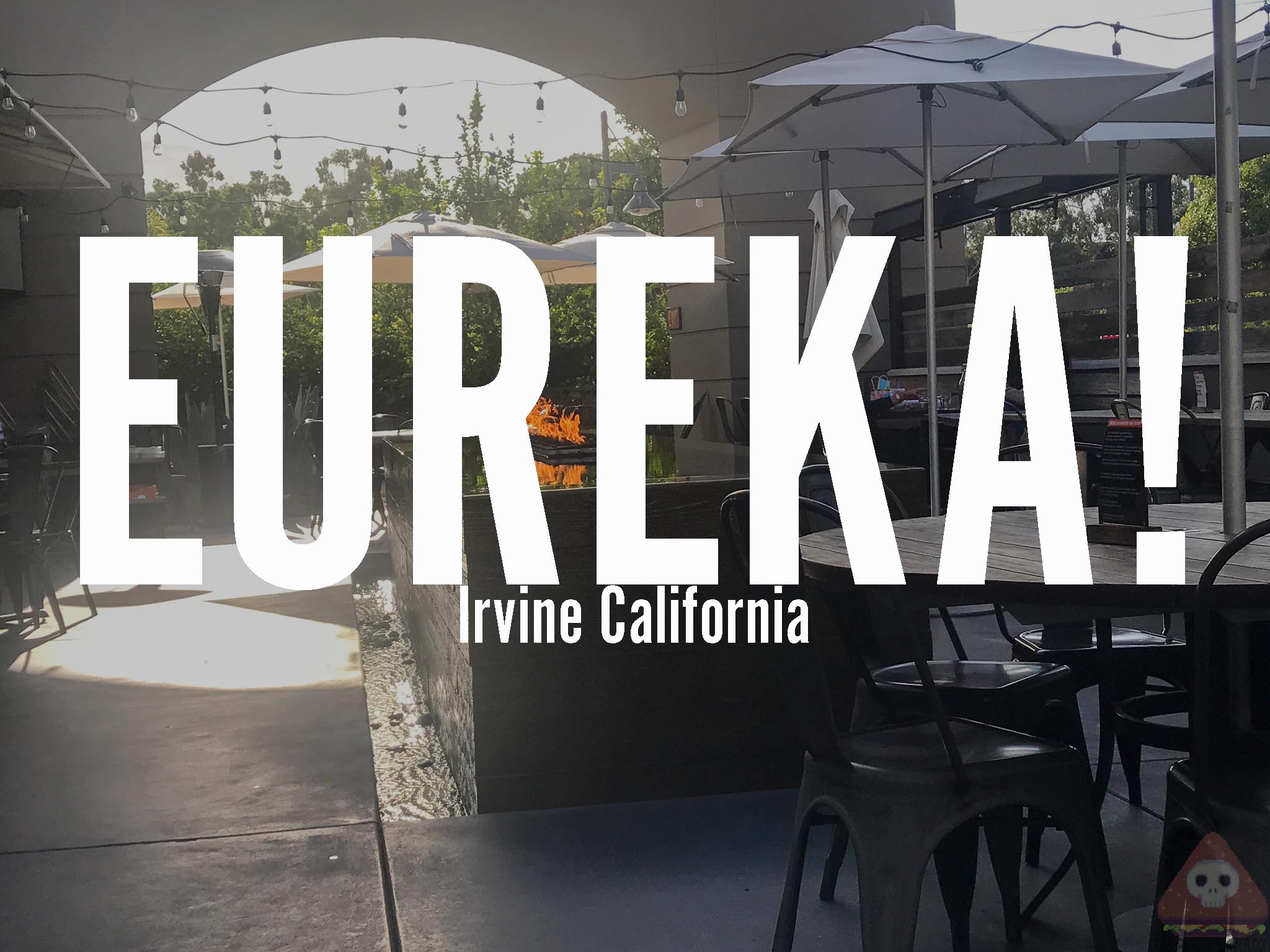 I try not to write about a lot of restaurant chains on this blog. I’m trying not to be pretentious, but I think big chains already have a ton of exposure (and chances are you’ve already tried them). Sometimes places are noteworthy enough that you can’t help but write about them. Eureka! is a chain of craft burger restaurants that are scattered across California, with a handful of locations outside of the state.

There are several Eureka! locations across Southern California, two of which are in Orange County. I went to the one across the from the University of California, Irvine. They have a nice and spacious patio and make a huge effort to limit contact between servers and guests. The menu is accessed on your phone, all ordering and payment is also through your phone. It’s the most effort I have seen from a restaurant so far.

I’ve eaten my fair share of buns these past couple of months, the ones from Eureka! are probably one of the best I’ve had. The first thing you notice is the almost pretzel like color, enhanced with a shiney/buttery glaze. It’s slightly sweet, somewhat soft and billowy with a dry texture. Not something that I would always want to eat, but good with a thick and greasy burger.

We all know that not all burgers are created equal. But the amount of different burger restaurants across the U.S. makes them kind of mundane. I’m sure you can find a lot of people who are just indifferent about burgers because there’s just so much to choose from.

The Eureka! Jalapeno Egg Burger does something that a lot of places don’t do and that’s really showcase the meat. I think it was Anthony Bourdain who wrote about sauces like ketchup overpowering the flavors of a burger. I like ketchup, but he’s right. Eureka’s burger patty really shines through with a rare charcoal smokiness. It’s the first and last thing that I think about when eating the burger. The other ingredients serve to enhance what is ultimately a strong ground beef patty. The poached egg and cheddar adds a deep richness and counter balance to the patty’s flavors. I would’ve liked something a little sweeter to really even out the flavors, like a similar burger I had in Houston Texas. I think that was the point of the pickled jalapenos, but the brine just didn’t stand up to the other flavors.

The menu says there is a chipotle sauce on the burger, but I’d be lying if I said i could taste it. There are some strong flavors in this burger and I don’t think the sauce really came through. Ultimately, I kept searching for a sweetness that wasn’t really there. A touch of maple syrup or something sweet would bring some interesting flavors out of this. Maybe candy the bacon or jalapenos.

At $13.50 with a side of fries, this upscale burger is very reasonable. I’ve certainly paid more for a burger that isn’t up to the flavors of Eureka’s. Because everything is currently being paid through your phone, there is a process to figure out when it comes to the check. There is also an added service charge that is put into a pool for the servers. Be sure to take advantage of their happy hour specials on appetizers and drinks.