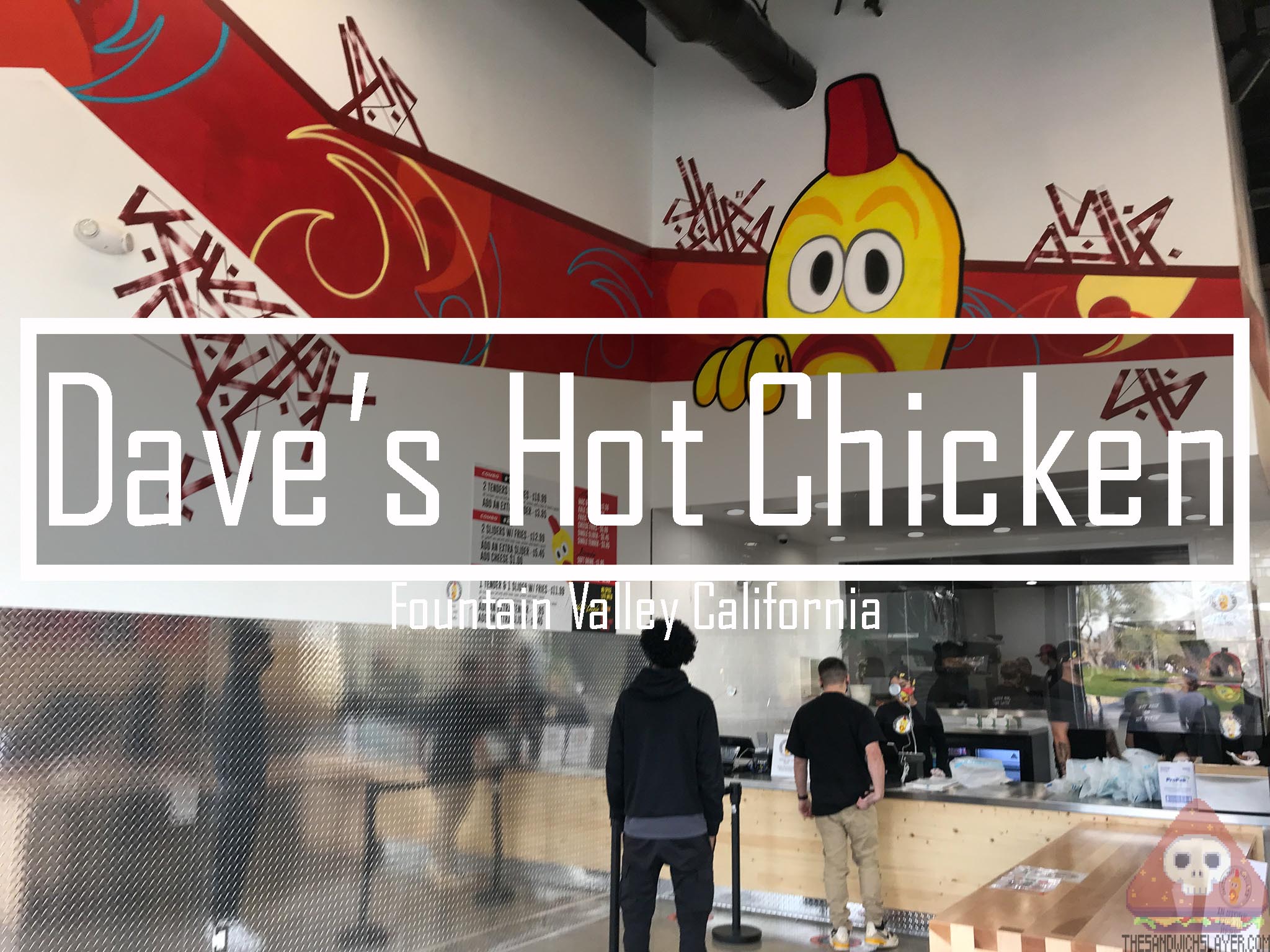 I thought that 2020 was my year of Fried Chicken sandwiches. My instagram feed certainly made it seem like it, but just when I thought I could rest my spice laden greasy fingers for a moment, Dave’s Hot Chicken open in Fountain Valley. With lines going down the block and food people on social media going crazy, I knew I had to go and check it out (with my mask on and socially distanced of course).

I know it doesn’t have anything to do with anything, but Dave’s chicken mascot kind of haunts my nightmares. Luckily I find my courage when it comes to good food.

Honestly, the most unexciting thing about Dave’s slider is the bun. It’s a regular bun that holds the hot sauce well. There’s really not much else to say about it.

Dave’s Hot Chicken is brined before it’s fried and while the spicy glaze may overtake the flavors of the brine it’s essential to the extraordinary texture of their signature strips. It’s probably the most tender fried chicken that I’ve had so far; which made me ditch the bun the pretty quickly for the chicken, slaw, and sauce.

I was hoping for more kale slaw, they really didn’t put enough for it to make much of a difference. Texturally it was a nice addition, but I thought I would taste it a bit more.

Dave’s sauce has a touch of sweet zestiness to it, a nice reprieve from the spicy hot glaze around the chicken. It’s pretty subtle, but I like that fact that it doesn’t take attention away from the chicken. I imagine those who use it as a dipping sauce probably taste it more.

At $12.99 for a combo of two sliders with fries, Dave’s is pretty reasonable meal for the price. There are places that serve bigger portions, but I like the flavor of Dave’s chicken better. Try to avoid going on the weekends, because the lines really are a pain right now.