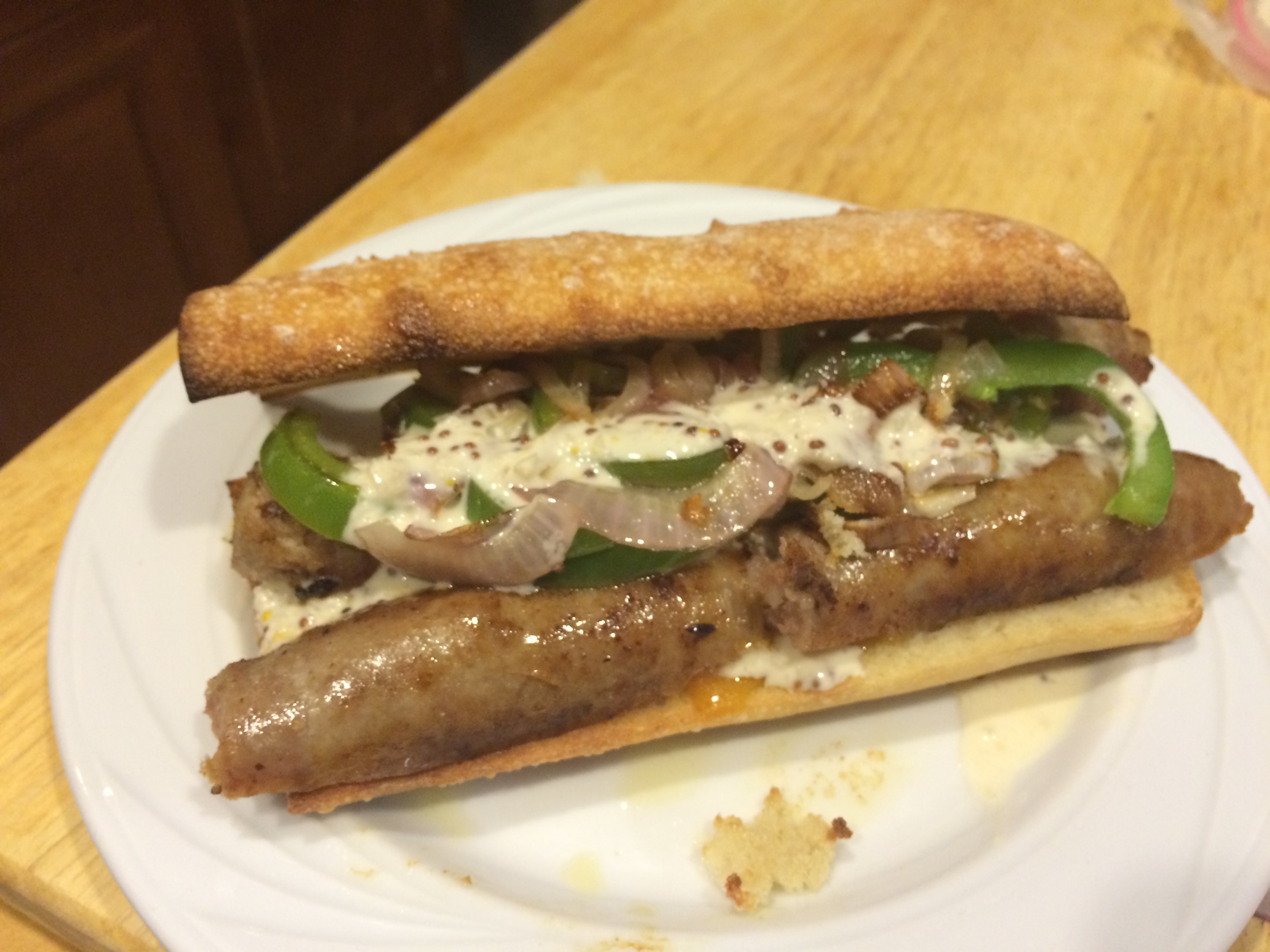 Sandwich Slaying was a gift that I was born with. I realized that I had a calling when my mom made me a ham & cheese sandwich as a child and I attacked it with the fury of a ravenous jungle beast. It came to my attention while working in restaurants that I should pick up some other skill other than eating sandwiches so I tried my hand at the culinary arts(I was promptly kicked out of the kitchen). As we just had National Beer day, I decided to make a sandwich using a Beer Mustard Aioli that I learned to make from my good friend (and accomplished chef) Mario Vasquez.

Chef Mario told me to start by sweating the onion, I was already confused. Do I take this thing to the gym with me and hit the Stairmaster? what is the optimal heart rate to make an onion sweat? I realized that I was being dumb, so I did what any logical person would do and just put the onion in a Sauna: 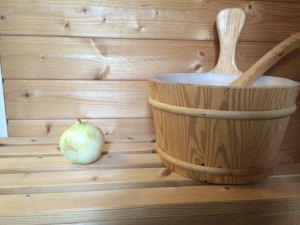 So the onion’s pores really opened up nicely and many of the free radicals were leaving it’s face quite well, but I realized that sweating an onion meant that I was suppose to chop it finely and simmer it until it was translucent. Ugh, it’s like you’ve got to be a rocket scientist to figure this crap out. 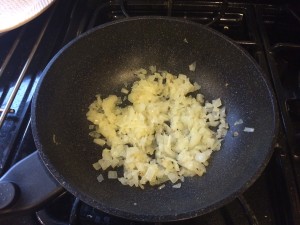 add the beer once the onions are done sweating and reduce it by half. (I didn’t reduce it for long enough so it was more watery than I wanted) 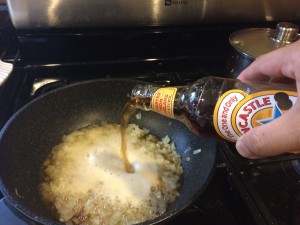 Once done reducing, put it in a blender to smooth it all out. Then mix the lemon juice, aioli, mustard, and beer onions together.Be conservative when adding the aioli and lemon juice, you want to maintain the flavor of the beer and balance it with the mustard seeds and aioli. Use your best judgement on the flavors. Add the salt as you need. This version turned out less thick, but it was quite delicious, it also makes for a hell of a french fry dip. 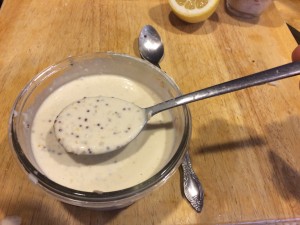 Here is an outline of what I did: 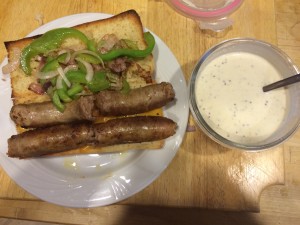 Going along with the National Beer day theme, I decided to poach and brown a Bratwurst in beer and slice it in half. Because the Brat’s high fat content and Beer Mustard Aioli have the potential to soak through less stalwart breads, so I went with a thick toasted ciabbata. I then topped it with sharp cheddar cheese, a sauteed red onion/green pepper & roasted garlic mix and some more of the beer mustard aioli.  The beer and mustard seeds came through beautifully and was a fitting mate to the meaty and peppery sausage, overall I was quite happy with what I created.

So my first foray into writing about my culinary misadventures is considered a resounding success (by my standards) and I hope you enjoy. Thank you again Mario (and my other friend: Chef Ben Martinek) for sharing with me this great sauce. The Recipe was great, the execution was fledging, and the clean up was non-existent (because I left everything dirty in the kitchen).