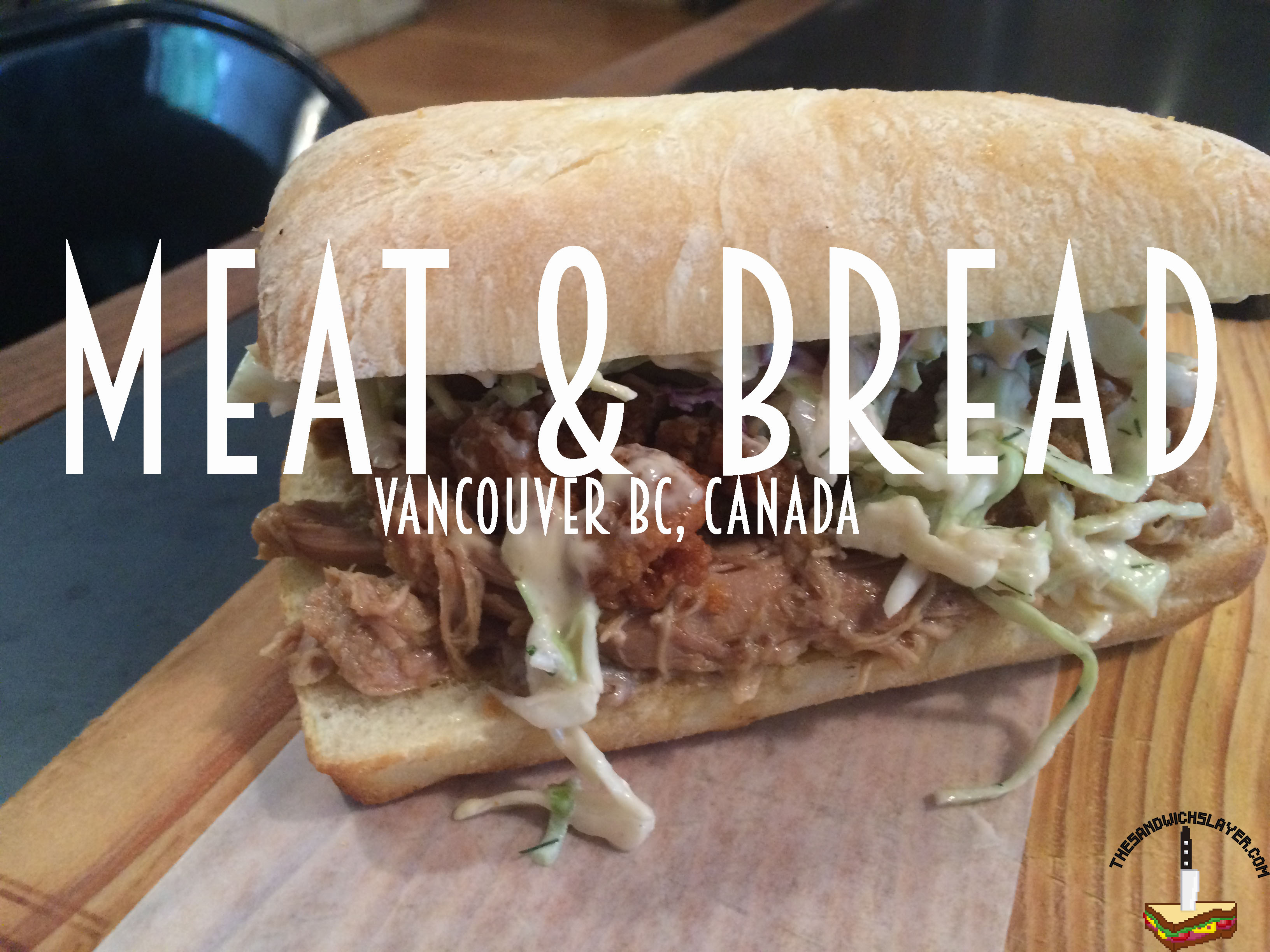 In the coastal city of Vancouver BC Canada there is a gem of a sandwich shop called Meat & Bread, an artisanal restaurant that emphasizes quality meats with a revolving daily menu. The interior of the restaurant felt like a classic butcher shop with a certain pragmatic design sense.This place felt like it was stripped down to the essentials, from the menu consisting of 4 sandwiches to even the name (Meat & Bread). 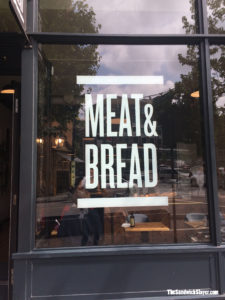 with such a limited menu I thought I would have an easier time ordering, but that truly wasn’t the case. Their Porchetta seemed to be their most popular, and with good reason. Their prep area is open to the restaurant, so you can see them making and preparing all their meats for the day. 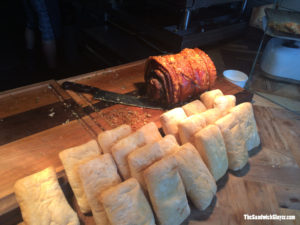 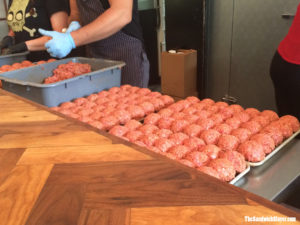 To say that this was a great sandwich would be an understatement, the slow cooked turkey’s 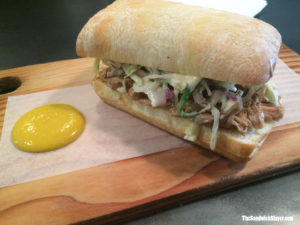 tender dark meat mixed in gravy was soft and rich with the crispy pork rinds adding a salty crunch to the texture. The coleslaw’s creamy and herbaceous dill flavors added a certain lightness to the sandwich that helped offset the turkey’s fattiness while not overtaking the flavors imparted from hours of braising. I couldn’t really taste the tabasco aioli, but I forgot that it was suppose to be in the sandwich so we don’t need to get too much into it. The pork rind brought me back to my childhood, where my friends and I would put chips in our sandwiches, with this, they managed to bring back that textural difference while adding to the composition of the sandwich. Imagine biting into a soft texture with a beautifully salty crunch in the middle, truly there is little in life that can compare to it (maybe unconditional love, or whatever.)

Meat & Bread was one of the best sandwiches that I have had in a long time, I only wish that I had more time in Vancouver to explore it’s varied culinary delights and points of interest. The menu may be small, but given the amount of effort put into their food preparation, I think you’ll be impressed with anything you order there.

P.S. it’s crowded at lunch time, so come early if you’re on a schedule. 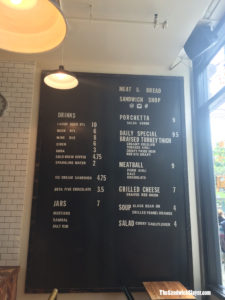