The Ace of Sandwiches 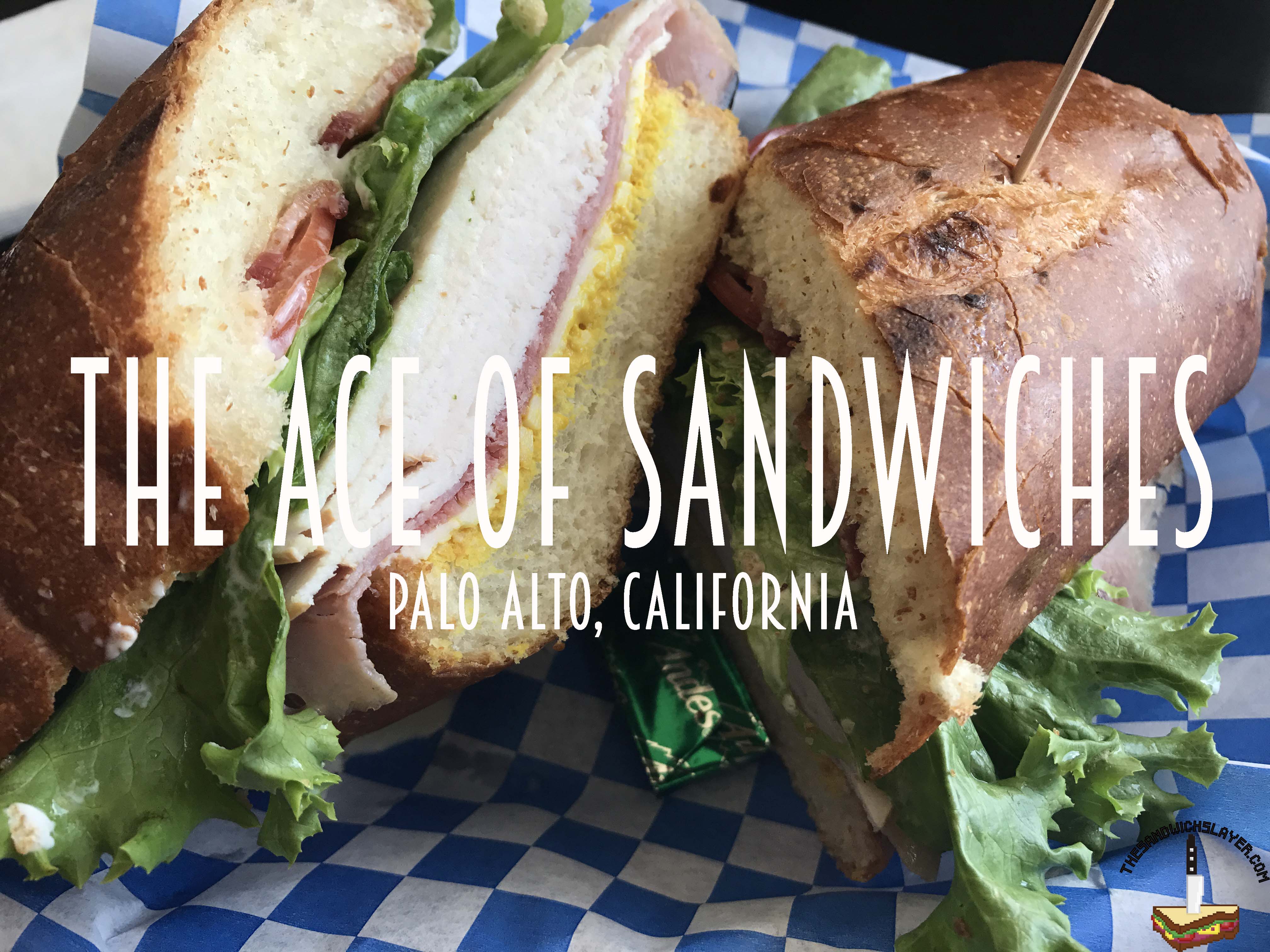 When people hear the name “Ace of Sandwiches” they usually equate it to playing cards. When I first heard the name, I immediately pictured a Top Gun-esque fighter pilot who would do everything without a shirt on. Don’t ask me why, I wouldn’t be able to explain it. I was in Palo Alto, California working at Chris Hardwick’s “ID10TFest,” a music festival that is comic-con themed. 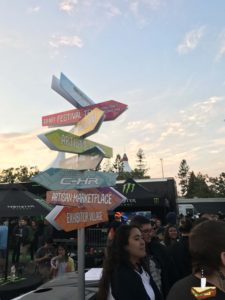 I’m going to tell a short story about me and a box of Snickers bars later, adjust your time accordingly. 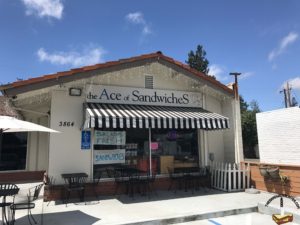 The Ace of Sandwiches is an intimate space with a very pleasant staff. Their menu is quite big, so there is plenty to choose from. It took me a minute, but I ordered a sandwich to eat there and one for the show.

The Ace Of Sandwiches’ “Rude Boy” & “Ace of Clubs”

The Rude Boy is served hot on a toasted French roll. It had a lot more spice than I expected but it was balanced out by the sweet honey mustard. Jerk seasoning can be pretty strong, but I think this one more subtle when coming up against the spicy colby cheese and sweet mustard. I know it sounds blasphemous, but the sandwich really didn’t need the bacon, there was enough going on already.

The Ace of Clubs

When I asked the young lady behind the counter what was popular, she told me that “The Ace of Clubs” was one of the most ordered, followed by the “Rude Boy.” This sandwich is straight out of any deli you can find, I even think the meat is from Boar’s Head. It’s toasted sweet roll added an interesting element to the composition but it really is just a decent and safe sandwich that is well made. They gave me an Andes chocolate mint with it. That made me happy.

The Ace of Sandwiches is a solid lunch time spot with lots to choose from. The service was quite fast and everyone that I talked to was very friendly. If you ever find yourself near the shoreline amphitheater in Silicon Valley, it’s worth a stop for a quick bite. Also, the whole time I was eating these sandwiches, Kenny Loggins was playing in my head. once again, don’t ask me why, I couldn’t tell you.

Somewhere between my sandwich addled mind and that scene, the truth lies about The Ace of Sandwiches. Again, don’t ask me to explain, I wouldn’t be able to tell you. I suppose I could also link the Motorhead song “Ace of Spades” to redeem myself, but nah. 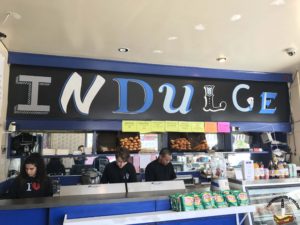 Because I was working ID10TFest, I got into an exhibitors pre-show mixer at my hotel. It was filled with professional artists, comedians, and even Chris Hardwick was there. Because Snickers was sponsoring the event and there were so many comic book artists there, they were having an art contest where you had to draw “what you turn into when you’re hungry.” When I heard about this contest, I didn’t want to enter because I was literally surrounded by professional artists fueled by chocolate bars and free hotel food. I sat at a table, watching these extremely talented professionals drawing all sorts of beautiful things, inspired by their ability to draw with melted chocolate on their fingers.

Then inspiration struck. I met an artist from Venezuela, and we talked about the current political climate their with President Maduro & the United Socialist party. It was at that point that the muse struck me and I went to work. The prize for winners was a box of snickers bars, and unlimited bragging rights.

Comedian April Richardson stood on a chair and began naming the judges choices for the contest. The final drawing, was mine. I screamed “Seriously?!” as all the artists at my table looked at me in disgust (or amusement, it was probably amusement). It was the finest moment in my life and I don’t think I will ever be able to top that. Not gonna lie, that Kenny Loggins song was playing in my head when I walked up for my prize.

This, dear friends, is the taste of triumph. And Snickers with almonds. 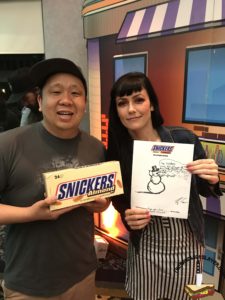 It’s a fire breathing snow man that is saying “The Proletariat must rise & take the means of production.”