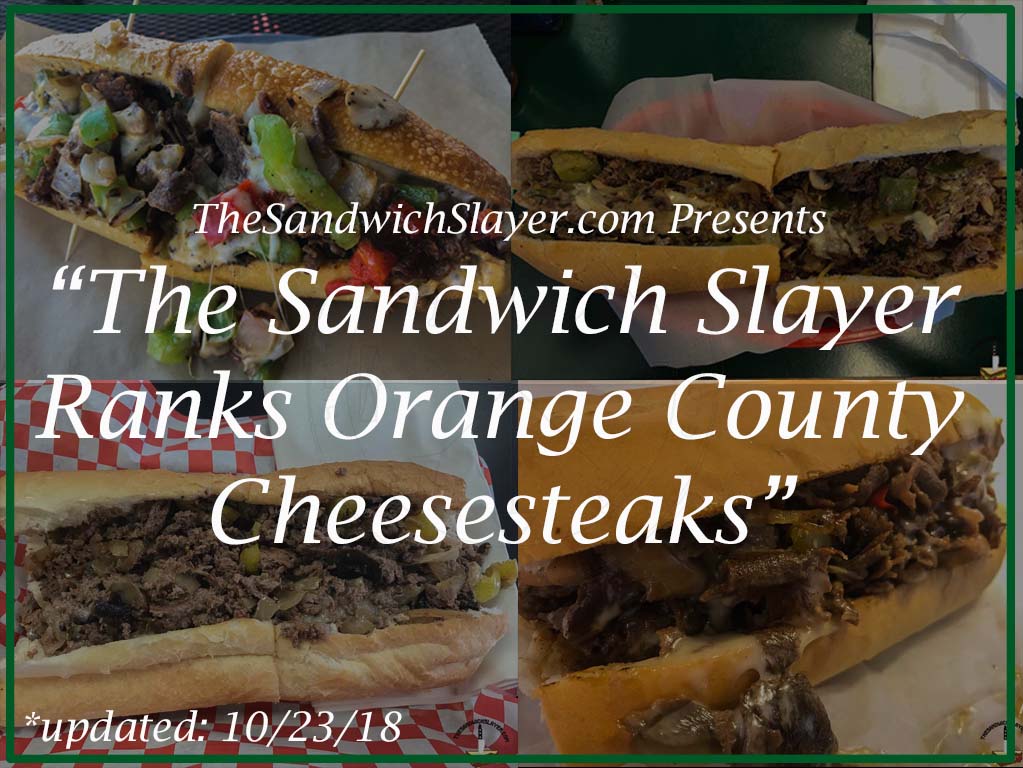 With the Philadelphia Eagle’s first Superbowl win in 2018, something every who uses FanDuel was shocked and amazing about, I felt the need to celebrate by going on a cheesesteak bender. Finding this Philly favorite in Orange County isn’t hard, but there aren’t a lot of different places that truly specialize in it. So I decided to go out a start trying cheesesteaks all over the county and rank them.

Because there are plenty of pretenders to the cheesesteak throne, I had to refine my criteria for what I could put on this list; so here’s some of my rules:

Unlike my top 10 of the year lists, this list is going to be changing as I find more cheesesteak places in Orange County. So I urge you to let me know what your favorite cheesesteaks are!

These are also ranked! so the bottom of this post is my favorite cheesesteak so far!

Locations: All over the place

Jersey Mike’s is a chain that has just surfaced in Orange County in the past several years. As far as chain sandwich restaurants go, it’s the most unique in my opinion. I appreciate the fact that they have a flat iron and cook their steak to order. The portion here is decent and the price is pretty competitive at $8.99 for a 7″ sandwich. The Bread they use is going to be a little harder after coming off the grill, it’s okay, but I prefer the Italian rolls from other places more. Really the best part of Jersey Mike’s is that they are everywhere and they do a decent cheesesteak, so you can satisfy a craving almost anywhere.

From Philly in Costa Mesa is one of the newer cheesesteak places to open in Orange County. When I went, their bread had just come out of the oven and it wafted all throughout the restaurant. Their cheesesteak seems smaller than a lot of the other places on this list but the sandwich is pretty dense. Their bread is quite unique, with a hard crust and really dense crumb. Unlike other places, they don’t chop their steak as finely, so you’re going to get longer strips of meat; it doesn’t make a huge difference, but for you texture people it plays a role in the sandwich. At $10.99 for a cheesesteak, it’s also the most expensive sandwich on this list so far.

Philly’s best is probably the most dominant cheesesteak chain in Orange County. It’s actually the first cheesesteak that I’ve ever had and for all intents and purposes it satisfies the craving. They make it a point to have familiar Philly foods like Tasty Kakes, Amaroso rolls, and Wise chips. When I started doing research (delicious research) for this list, Philly’s Best cheesesteak was what I used as a measuring stick. Their cheesesteaks have always felt heavier on the fried onions and they seems to be messier than most, but this franchise is worth a shot in Orange County.

Cortina’s Italian Market has always been one of my favorite sandwich places in Orange County. While I am more inclined to order other items on their menu, Cortina’s cheesesteak is really good. What makes it really great? Cortina’s signature bread combined with their house seasoned beef. Honestly, I haven’t had a sandwich that was less than stellar here yet.

Bronx Sandwich Co. is one of my favorite sandwich places in Orange County. While I don’t normally go there when I’m craving a cheesesteak, Bronx is one of those places that I’ve never had anything bad, so it’s a safe bet. Their Philly cheesesteak deviates from the formula a bit, but not so much that it is unrecognizable. What makes them so good is their French Baguette, which is crispy and dense; a nice change in texture with all the good filling that you come to expect from a competently made cheesesteak.

A Bite of Jersey is located in the corner of a quiet strip mall in Garden Grove. It’s one of the few places on this list that serves beer and also has a room for you to watch sports. The atmosphere here is much more akin to a place where you’d want to sit and enjoy a little more time with friends. A Bite of Jersey’s meat is a little thicker and the price is surprisingly cheap compared to a lot of others on this list. They also have the option of using Cheez Whiz on their cheesesteaks, which is something you don’t find a lot around here.

Frank’s Philadelphia has become one of my go to lunch spots when I’m on the Orange Coast College Campus. They chop their steak very finely, almost to the point where it looks like ground beef, but rest assured it’s steak. What makes Frank’s stand out is the texture of their steak, the fine chop allows for their melted cheese to really get in between all the crevices for an even distribution. Their Italian roll is good, but I would’ve enjoyed the sandwich with an Amaroso roll more.

When it comes to value for money John’s Philly Grille has yet to be beat. The portion on their full sandwich is huge, and at a competitive $10.75 it’s definitely worth a try. They bake their bread in house and slice their choice top round steak daily. The Italian roll itself is a little more sturdy, with a a drier crust that holds the steaks juices well. It hits all the familiar hallmarks of a good cheesesteak at a portion that is generous for the price you pay. Go here and grab a large to share with somebody, you’ll be satisfied and save some money (plus they make their own soda, how awesome is that?)

Have a great cheesesteak that you want me to try? I always welcome suggestions! leave a comment below or contact me directly! 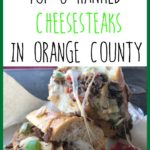