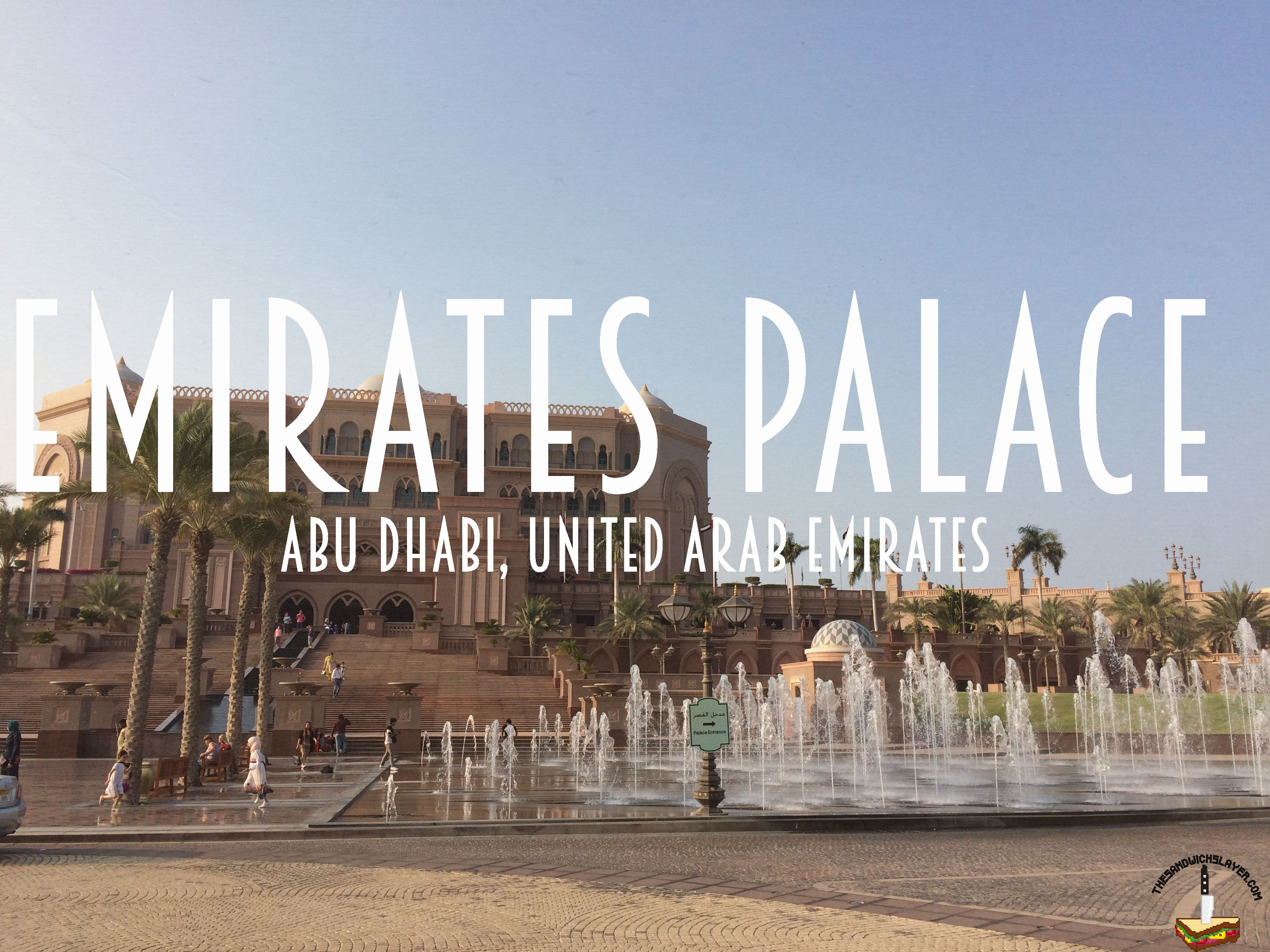 I have two passions in life. You should’ve figured out at least ONE of these passions (I actually take time out of my day to write about sandwiches for God’s sake). My other passion is travel, where I can try sandwiches outside of California. 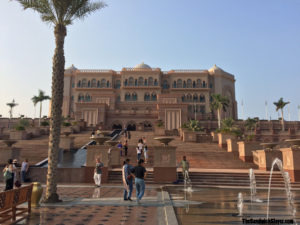 When I heard that Emirates palace was a point of interest, I didn’t know it was a hotel. It’s been considered by some to exceed the 5 star rating, showcasing an opulent celebration of Arabic culture. This seems to reflect the environment of the country; The United Arab Emirates boasts the some of world’s largest “everythings,” like the Dubai Aquarium (which boasts 10 million liters of water and 33,000 animals) or the Burj Khalifa (the tallest human made structure in the world). It is thoroughly impressive & exceedingly out of my price range.

I sat in the lobby ready to enjoy a cup of tea when I noticed a food menu. 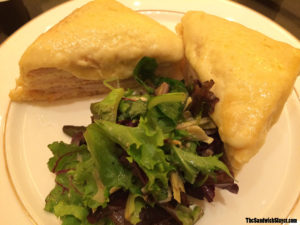 I ordered the Emirates Palace Croque Monsieur: a classic French bistro sandwich. Because pork isn’t consumed here, smoked turkey replaced the traditional French ham and is Layered between four pieces of brioche bread with a creamy bechamel sauce. Finally, the sandwich is topped with mounds of melted gruyere cheese and served with an artichoke arugula salad. As far as sandwiches go this was one of these richest and most indulgent sandwiches that I’ve had. The side salad was a necessity with every bite, because the bechamel sauce with cheese and bread was just too heavy. The sandwich may be French, but it fits the style of the Emirates Palace with it’s richness and opulent flavor. Once the salad ran out the sandwich became too rich to eat (a fitting metaphor for your money & the hotel). Honestly, not the best 90AED (about $25) I’ve spent, but when will I ever be there again?

Emirates Palace is considered a must for many people traveling through Abu Dhabi. It exemplifies the luxury that you will encounter in the UAE & a comfortable lobby to people watch while having tea & dessert.