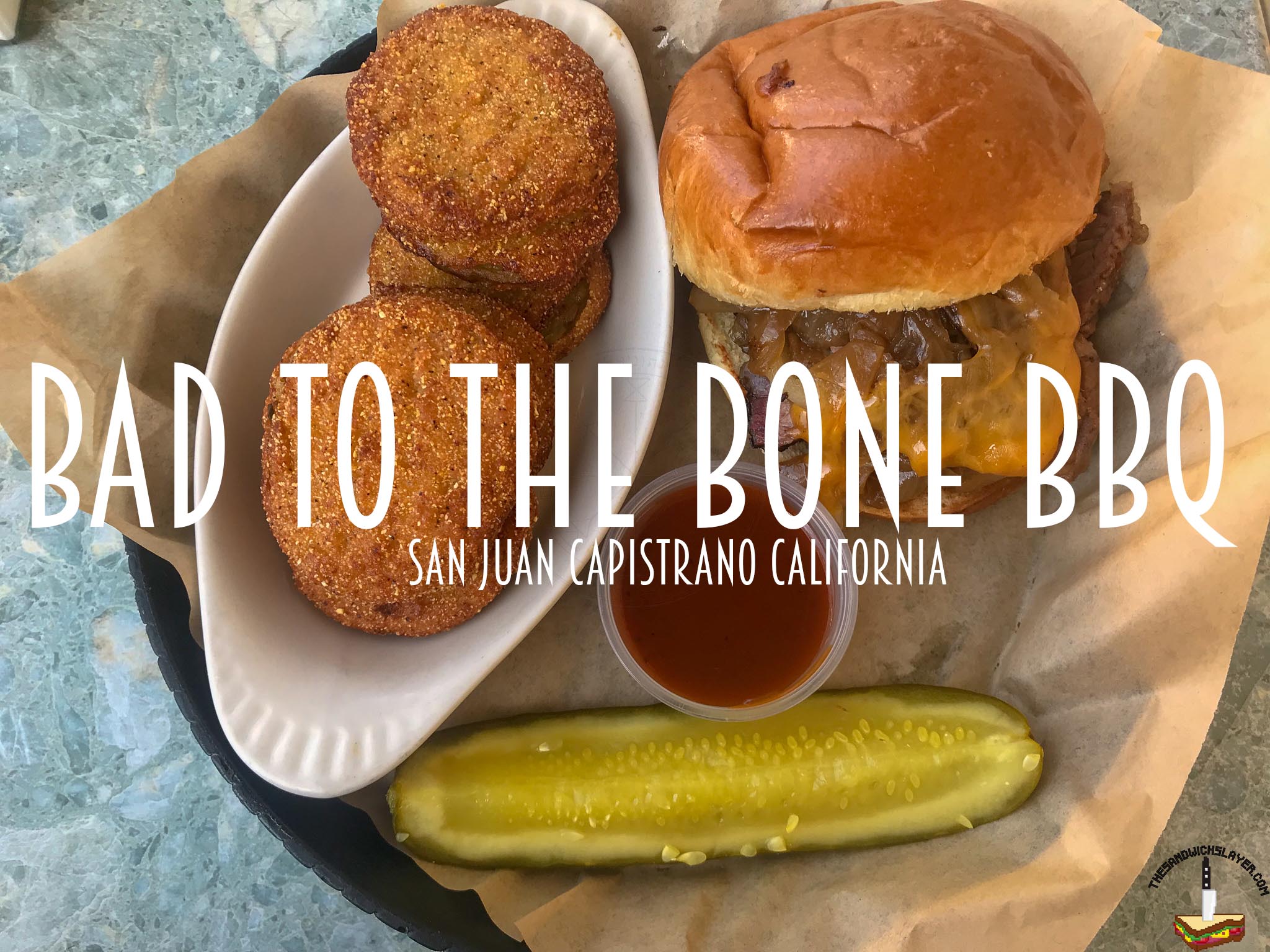 For any of you who have traveled throughout Orange County, you know that it’s pretty damn big. It’s nice because I have plenty of places to write about for this blog. Conversely, the amount of driving I do to eat can get pretty tedious. San Juan Capistrano is pretty far south from my house in North Orange County, so I don’t drive down there often. Bad to the Bone BBQ has been showing up on my instagram feed as of late and I took it as a sign from the Gluttonous food Gods to go.

Do yourself a favor and try to head down to SJC before 3pm or after 7pm, the 5 freeway can be a cruel mistress. 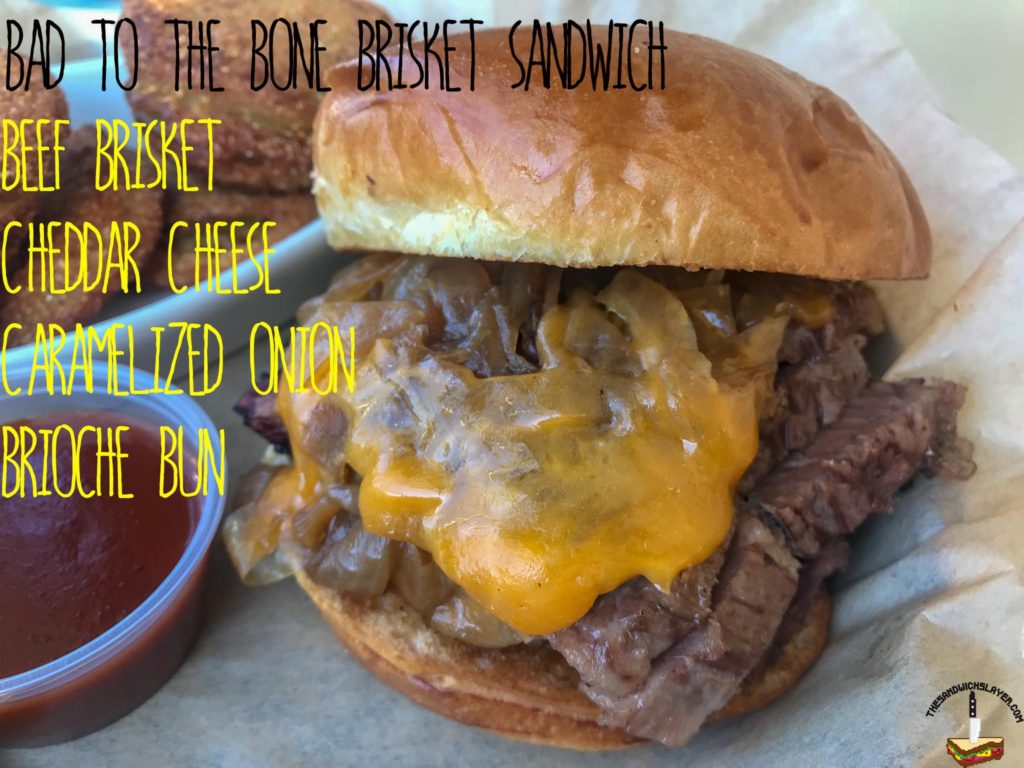 I have to admit that I’m not a huge fan of brioche buns. They’re slightly sweet and buttery, which works well with the brisket and cheddar, but brioche just isn’t my thing. Unfortunately for me, Brioche is quite popular these days, so I eat it a lot.

I have yet to try any beef brisket that I didn’t enjoy. Bad to the Bone BBQ’s brisket is a little more subtle in it’s flavors, with a tender and fatty texture. What really comes through in the brisket is the smoke, which comes from hickory wood (according to their menu). Cheddar with beef is always a good choice, but what I think made this sandwich unique was the onions. There was a meaty flavor to the caramelized onions like what you would get in a French onion soup. There was a light jus that was on the onions, giving it some moisture as well.

The fried green tomatoes were slightly sour (as they should be) with a beautifully crisp cornmeal crust. They were a little salty, but it was a nice balance to the smokey brisket. 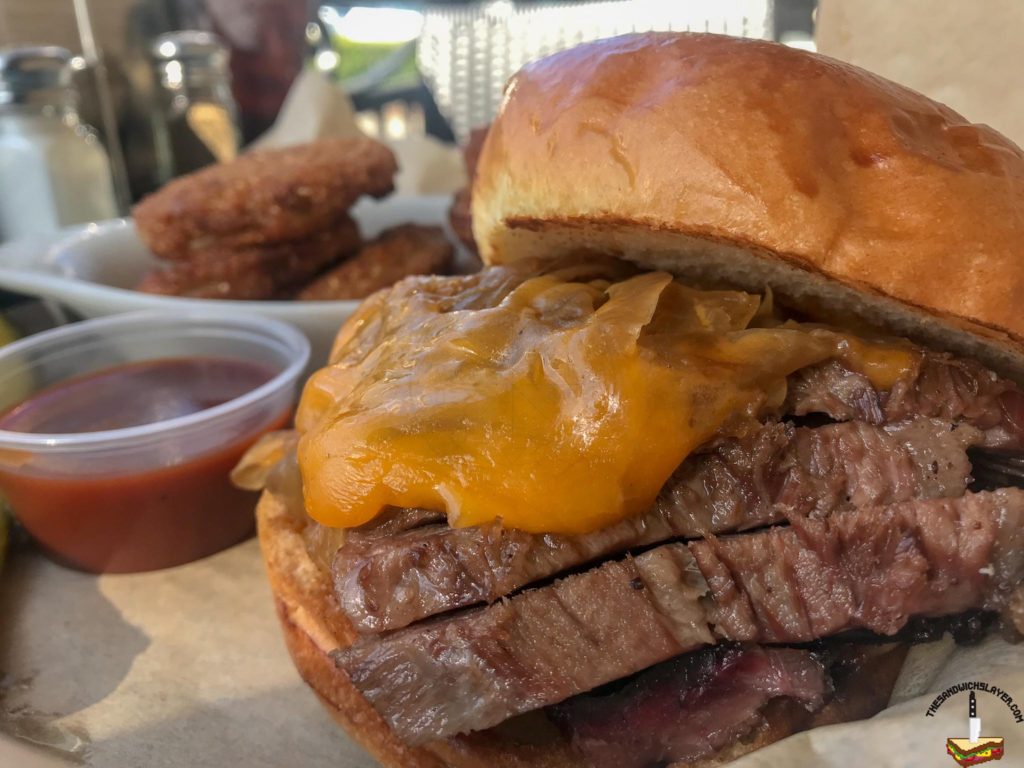 The sandwich didn’t need much else, but it came with a side of their signature BBQ. As I eat my way through BBQ in Orange County, I’m quickly realizing that the thick sweet sauces that I’ve come to know aren’t so common. Bad to the Bone BBQ’s sauce is thin and savory with a lot of tang to it.

If you’re looking for just brisket and bread with a side the cost is about $12. Not a bad price for the amount of food you’re getting. If you wanted to add those onions and cheese (which I suggest you do), the prices goes up an extra $1.50. Overall, my meal with a drink and tip cost me just above $20. A pretty standard price for a sit down BBQ place in Orange County.

I can see myself going back to Bad to the Bone if I happened to be in San Juan Capistrano, but I think I would give their Happy Hour a shot next time. There’s enough variety on the HH menu to keep things interesting and it’s a little more economical, especially when you’re with friends.

Bad to the Bone BBQ 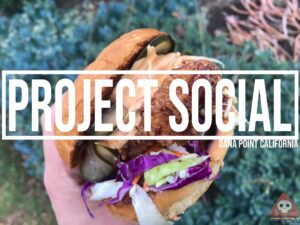 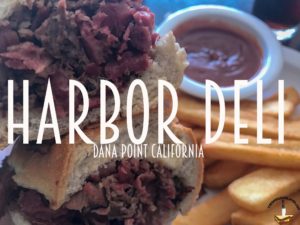 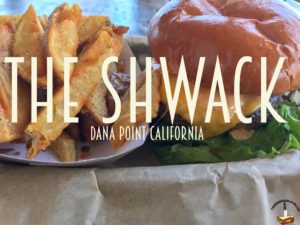